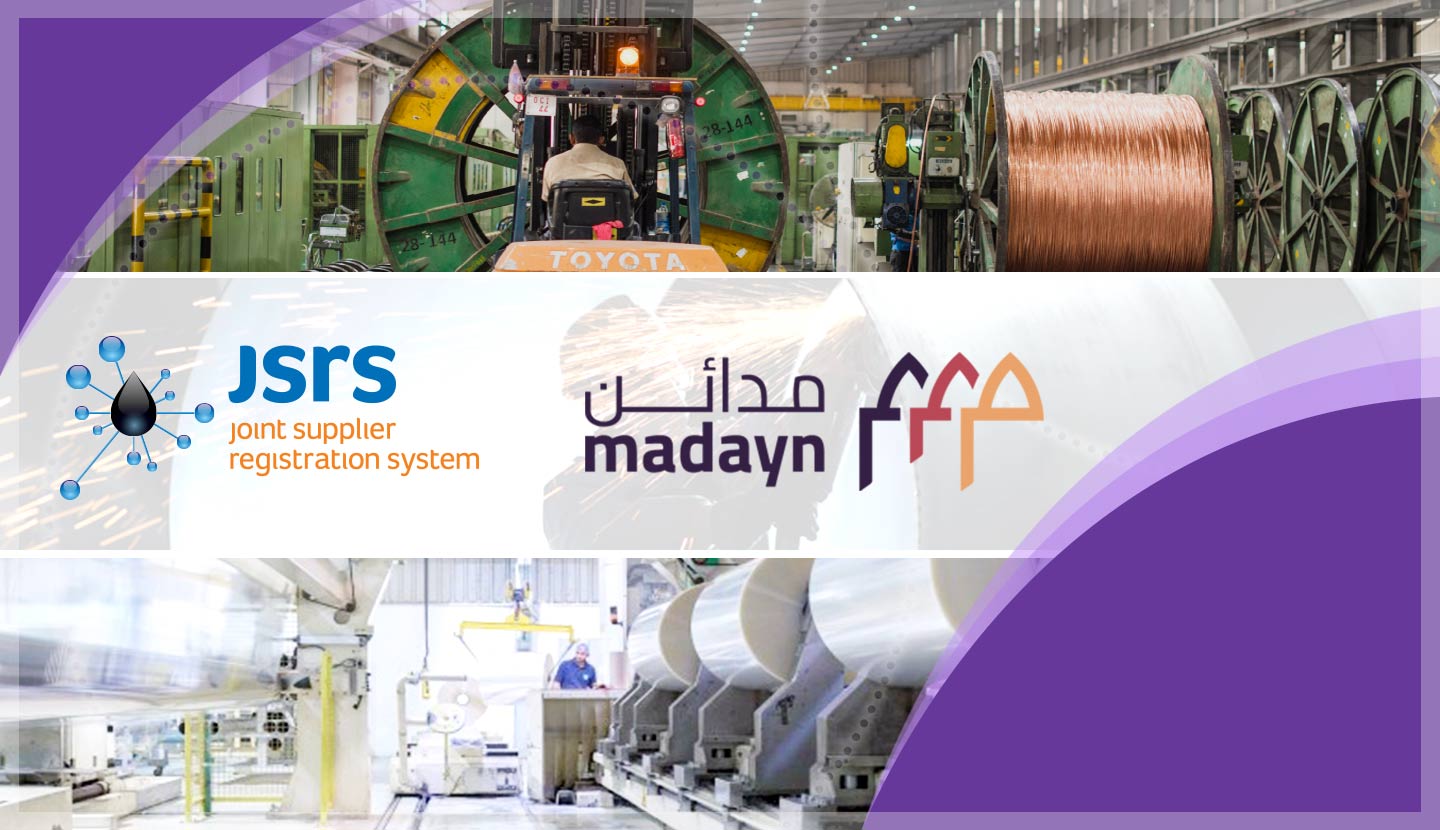 Madayn (Public Establishment for Industrial Estates) has launched its Supplier Certification System on JSRS. All suppliers and contractors (National & International) are invited to obtain Madayn Certification on JSRS.

About Madayn
The Public Establishment for Industrial Estates – Madayn was established in 1993 in the continuity of the industrial march that began in the Sultanate in 1983. The success story of Rusayl Industrial city encouraged the establishment of Madayn, which today manages and operates seven industrial cities - Sur, Suhar, Raysut, Nizwa, Buraimi, Rusayl, Samail, in addition to Knowledge Oasis Muscat (KOM) and Al Mazunah Free Zone.

The Madayn Certification is a mandatory requirement for companies who want to work with Madayn or with their subsidiaries.

Apply for the Industry Certificate offered by Madayn on JSRS.