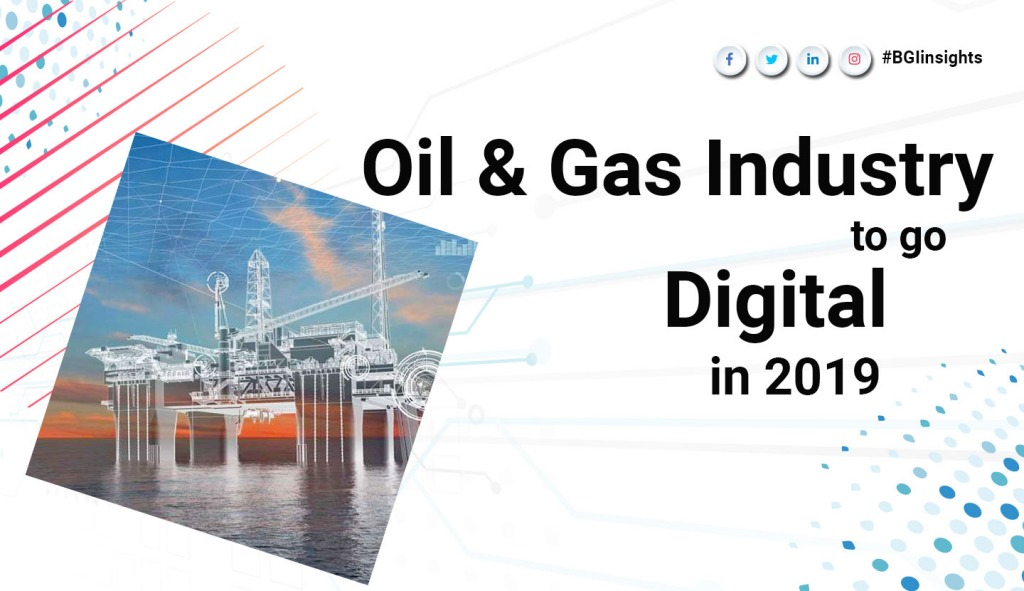 The coming year is promising for the oil and gas sector. We have seen some major digital impressions and commitment to stay closer to technology more so than what the industry was in the past year. Although digitalization is not a new phenomenon, it comes as a new wave in the sector. Refineries have been living in digitalization for over three decades and have been at the outset of inventing technologies such as advanced process control. Digitalization has been a part of business-as-usual for many operators as well.

​Digitalization in today's age will be a different picture since the migration to digital is accelerating at a Godspeed rate. The Asian refining industry is leading this trend of quick migration and production set up, which is being followed closely by the Middle Eastern counterparts. The oil and gas organizations in India, Thailand, Malaysia, China are pushing for digital transformation at a high speed and with aggression to make it a reality in their businesses. They have come to understand the competitive advantages of going digital, as against the slower moving traditional rivals in the other regions in the world. There are refineries in Europe that are ensuring not to be left behind in this rate of speed of digitalization, in the wake of their peers in Asia.

The regional tailwinds are going in favour of the rate of technological change in different companies while driving digital and technological changes world over. With the ongoing expansion of the Internet of Things market, which is expected to grow to around $91B by 2023, the expansion to digitalization has been mainly due to this.

We have also seen rapid growth in artificial intelligence, machine learning and greater drawing of insights about oil and gas infrastructure and data models.

Digitalization of processes helps operators to further optimize their utilization methods and keep close proximity with design capacities This becomes especially mandatory during the times of uncertainty in the sector and changing product demands and economies. The most vital driver for asset reliability in today's age is predictive and prescriptive digitalization leading to quicker maintenance techniques. There is a way to manage assets that comes from the oil and gas sector merging closely with digital techniques.
Prescriptive analytics is fast creeping its way through the sector. It has added a new sophisticated layer in the operations mix of things.

The approach is bringing out a broader process-based approach as opposed to a product-based approach. Prescriptive analytics needs a very interconnected process, activity and system in order to function at an optimum level. It looks at data streams and pinpoints sophisticated patterns of data that occur in advance.

The prescriptive analysis approach informs an operator about the root cause of a certain problem. It can not only tell them about the failure of a compressor but also the reason for the impending failure and ways in which this can be avoided in the future.