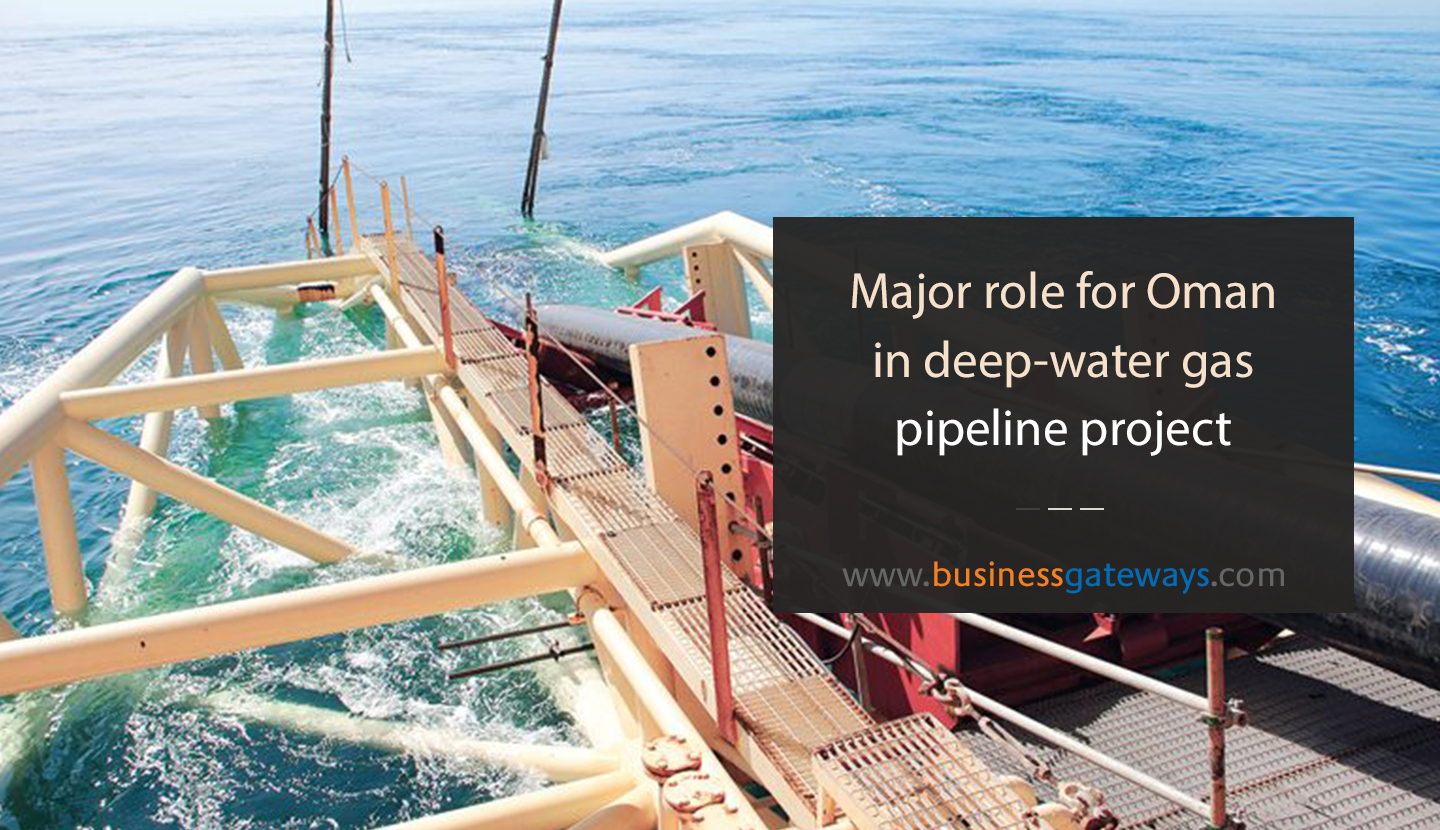 Plans for a deep-water pipeline supplying natural gas from Iran to India envision a pivotal role for Oman as a potential transit hub, source of gas supply, and even as an equity partner in the ambitious project.
India's top trade lobby, the Associated Chambers of Commerce and Industry of India (ASSOCHAM), is mooting expeditious implementation of the multibillion-dollar project to help secure New Delhi's long-term energy needs.
A report issued by the group earlier this month, widely published in the Indian media, argues that the proposed pipeline project is not only technologically and economically feasible, but also has the potential to deliver gas to the Indian market at competitive rates.
It has urged authorities in New Delhi, as well as various stakeholders in the project, to move forward speedily with the decision-making, financing, technology procurement, and eventual execution of the landmark venture.
Importantly, ASSOCHAM's report, titled ‘The Middle East to India Deep-water Gas Pipeline (MEIDP): A Favourable Situation For All', foresees an important role for the Sultanate in the implementation and future operation of the project.
The estimated 1,300km pipeline is expected to start from Chabahar Port on Iran's southern coast and terminate near Porbandar (Gujarat) on India's west coast. Alternatively, the pipeline could also start from Ras al Jafan on Oman's east coast and run onwards under the Arabian Sea towards India. The latter option would mean that it would be integrated with Oman's existing gas network and also include a connection with Iran once the proposed gas link between Iran and Sohar is completed.
Besides serving as a starting point or transit hub for Iranian gas supplied to India, Oman can also capitalize on this link to channel any surplus volumes of its own into the network, the report noted. "It can also include Oman which is a gas rich country. Such a pipeline (MEIDP) will provide Oman and Iran to have a ready access to a growing gas consuming market," it stated.
Significantly, advancements in deep-water pipeline laying technology coupled with recent successes in the construction of subsea pipelines have reinforced optimism in the overall viability of the MEIDP venture. A case in point is the roughly 1,900km Eastern Mediterranean pipeline which is proposed to be laid at depths of around 3,200 metres.
"By keeping the maximum depth of the MEIDP pipeline at 3450 metres, it will not affect movement of heavy cargo vessels in the busy Arabian sea. Like the Eastern Mediterranean pipeline, MEIDP can use 24-inch internal diameter pipes with wall thickness of 32.9 to 41.5 mm," the report said.
ASSOCHAM also sees a potential role for Oman as an equity partner in the estimated $5.2 billion project, given its strategic location astride the pipeline. "Equity contribution can come from Iran, Oman and India. Apart from private investment, long term soft loans can be accessed from Indian banks, multilateral Agencies, export-import banks and also foreign currency borrowing," the report said.
"Since the project will be the first of its kind from the gas-rich Middle-East to India, one of the fastest growing economies in Asia, it will not pose any problem for the project to reach financial closure.
What will be required is an agreement among the respective governments of Iran, Oman and India for comfort of international investors/financers due to longer duration of the project. The lenders will look for equity participation from these countries," it added.