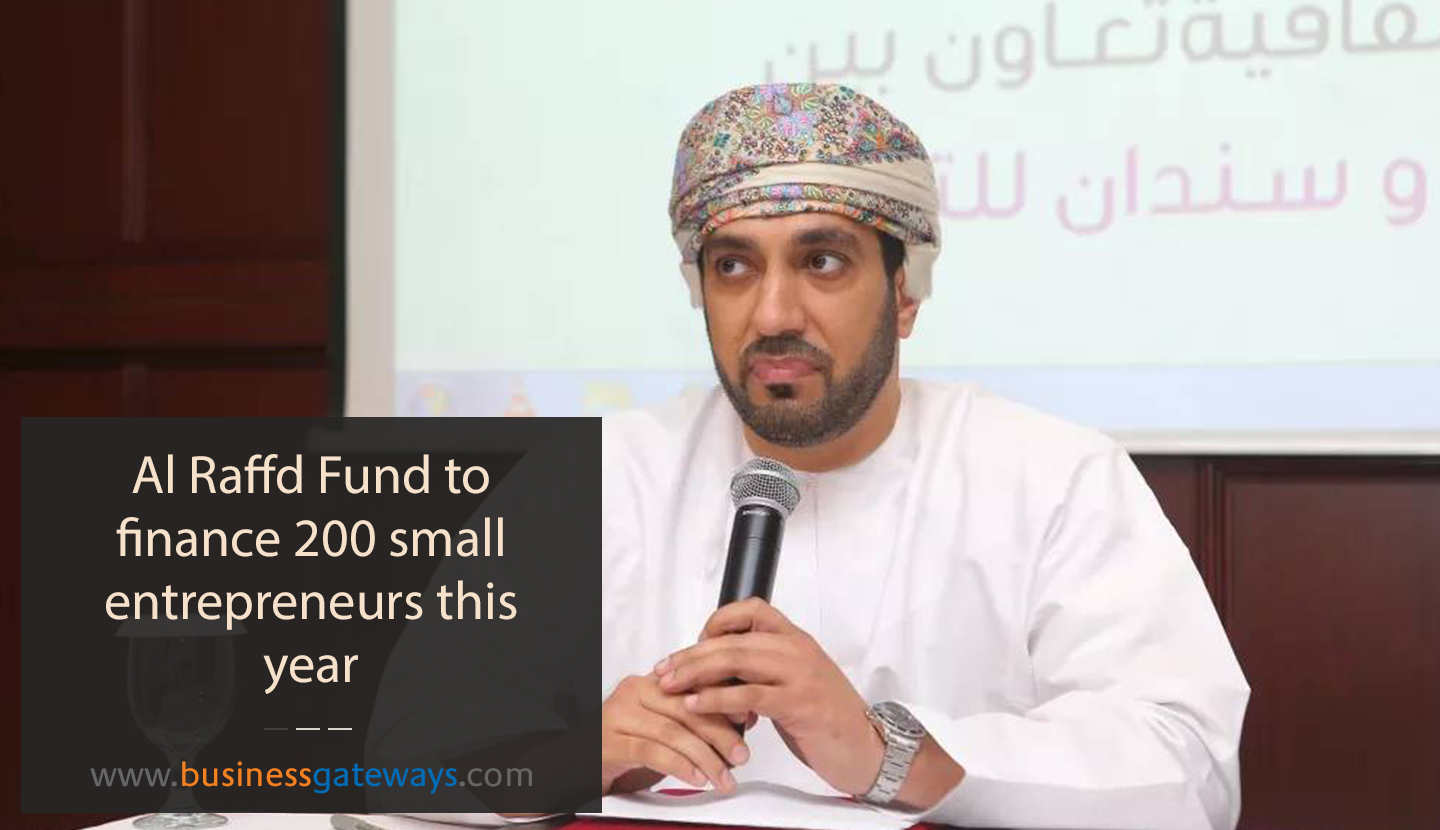 More than 200 small Omani businesses operated by young entrepreneurs are expected to receive funding from the state-owned Al Raffd Fund this year.

The fund provides low interest soft loans and other assistance for young entrepreneurs to set up small businesses, which will create not only jobs, but also inculcate an entrepreneurial culture among locals.

"This year we are targeting about 200 (young entrepreneurs). But it can go above that level," Tarek bin Sulaiman Al Farsi, chief executive officer of Al Raffd Fund, told Times of Oman, on the sidelines of the signing of an agreement between the fund and Sandan.

So far this year, some 40 to 50 young entrepreneurs have received financial support from the Al Raffad Fund.

Al Farsi said that the fund has a large corpus of OMR40 million, but it would not extend seed capital on a massive scale. "We have no problem as far as funding is concerned. But we do not want to see failures. We are trying to see the right people, who have either experience or at least undergone training," said Al Farsi.

Oman has more than 30,000 small and medium-size enterprises (SMEs), which are registered with Riyada (Public Authority for Small and Medium Enterprises Development). If a small enterprise is not registered with Riyada, it will not be eligible to receive benefits provided by government agencies. The total number of SMEs in the Sultanate, according to Al Farsi, is estimated at 80,000 businesses.

"We have financed around 1,842 small enterprises (since the Raffad Fund was established more than three years ago). I assume by the end of this year, it will reach 2,000 units," added Al Farsi.

Elaborating on different funding programmes available through the Al Raffad Fund, Al Farsi said that the agency has several schemes to suit various types of businesses. "We have different support schemes – a programme for a loan amount of OMR200,000, another two schemes for OMR150,000 and OMR100,000. We have a special programme for establishing franchise businesses," the Al Raffd Fund chief said.

Al Farsi noted that the maximum interest rate for soft loans is set at 2 per cent, and there is no need for collateral security to avail the financial assistance. "We offer loans even at 1 per cent for jobseekers," noted Al Farsi. The interest income generated from the beneficiaries is used for hiring consultants and advisors to support and train Omani entrepreneurs. The Al Raffd Fund has arrangements with third party institutions for training young entrepreneurs. Further, the Al Raffd Fund provides marketing support to SMEs with continuous advertisements on Oman TV and outdoor billboard promotions.

The Al Raffd Fund chief said that the fund is now focusing on industrial activities, tourism and logistics, which will add value to the national economy. "We have excluded 29 activities for funding projects," he noted.

Referring to the unhealthy practice of small entrepreneurs allowing expatriates to run their business, Al Farsi said that this trend is now on the decline. "If you go to different wilayats in Oman, 100 per cent of small enterprises are now run by Omanis themselves." Al Raffd Fund and other government agencies earlier discontinued financing businesses in which expatriates run the businesses, which resulted in a drastic decline in such practices.

Al Farsi said that commercial banks have been unable to distribute a minimum 5 per cent of their loans to SMEs, mainly due to the lack of collateral security on the part of small businesses to back their borrowings. Banks have to follow Basel I and II, which regulates required collateral, and these institutions are not in a position to offer loans at a low interest rate. "That is why Al Raffd Fund came to close that gap," said Al Farsi.

The default rate of Al Raffd Funded small enterprises is currently some 2.5 per cent. "However, our monthly percent of repayment is more than 80 per cent, which varies from month to month, depending on deferments and rescheduling. But every entrepreneur pays, although the percentage of repayment is less," he said, adding, "We have rescheduled some of the loans and given more grace periods."