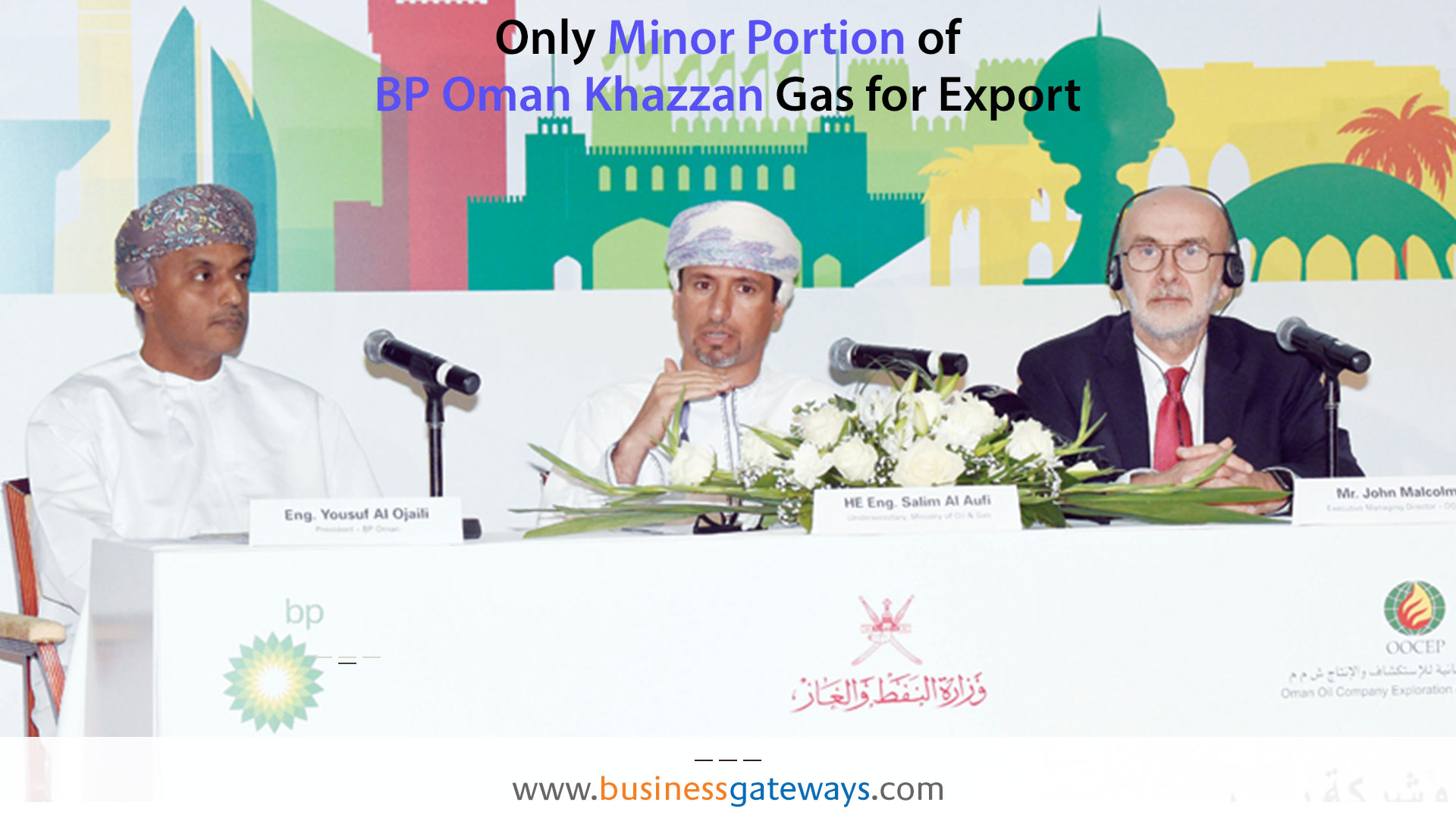 Among the beneficiaries of the new gas volumes flowing from BP Oman's newly operational Khazzan gas field in Block 61 is the majority-government-owned 3-train Liquefied Natural Gas (LNG) complex at Qalhat, although this will not translate into a significant increase in LNG exports, according to a top official of the Ministry of Oil & Gas.

Salim bin Nasser al Aufi, Under-Secretary, said the bulk of Khazzan's output currently will be consumed within the Sultanate by a wide array of domestic end-users.

Speaking at a press conference to mark the successful start of production from BP Oman's Khazzan gas field, Al Aufi said that volumes earmarked for the Oman LNG / Qalhat LNG complex would be just enough to cover the unutilised capacity of the plant, averaging around 25 per cent of its nameplate 10.4 million tonnes per annum (mtpa). As feedstock, this volume is equivalent to around 15 per cent of current volumes being produced from Khazzan, he pointed out.

Gas began flowing from Khazzan for the first time on Friday night, with volumes expected to reach 1 billion cubic feet (bcf) per day before the end of this year. This importance milestone - a game-changer for Oman's energy sector - was achieved 3 - 6 months before schedule, along with significant savings estimated at several hundred million dollars in comparison with the original budget estimate, Al Aufi said.

To help make space for volumes from Khazzan, majority government owned Petroleum Development Oman (PDO), which currently accounts for the bulk of Oman's gas output, has been asked to ease gas production a bit, said the Under-Secretary. "This arrangement creates a breather for PDO, which has been operating flat out for so many years; It's an opportunity for them to slow down and allow BP to come in for a while," he commented.

A portion of the volumes from Khazzan is earmarked for industries and consumers in the Special Economic Zone (SEZ) at Duqm, although supplies would commence only after 2019 when a pipeline to the SEZ is expected to be completed.

Asked if the new volumes from BP would lead to a winding down of gas imports via the Dolphin pipeline, Al Aufi said Dolphin volumes, which cater to demand in the Sohar area, would continue regardless of the BP project.

BP Oman President Yousuf al Ojaili, who was also in attendance, said Phase 2 of Block 61's development targeting the Ghazeer field, is currently in the early stages of implementation. "We plan to drill an additional 100 wells in Phase 2, targeting additional volumes of 3.5 trillion cubic feet (TCF) of gas. A Final Investment Decision is expected by early next year. We expect to develop Phase 2 within the original Phase 1 budget of $16 billion over the life of the field through 2043."

Also present at the briefing was John Malcolm, CEO of Oman Oil Company Exploration & Production (OOCEP), which owns a 40 per cent interest in Block 61.