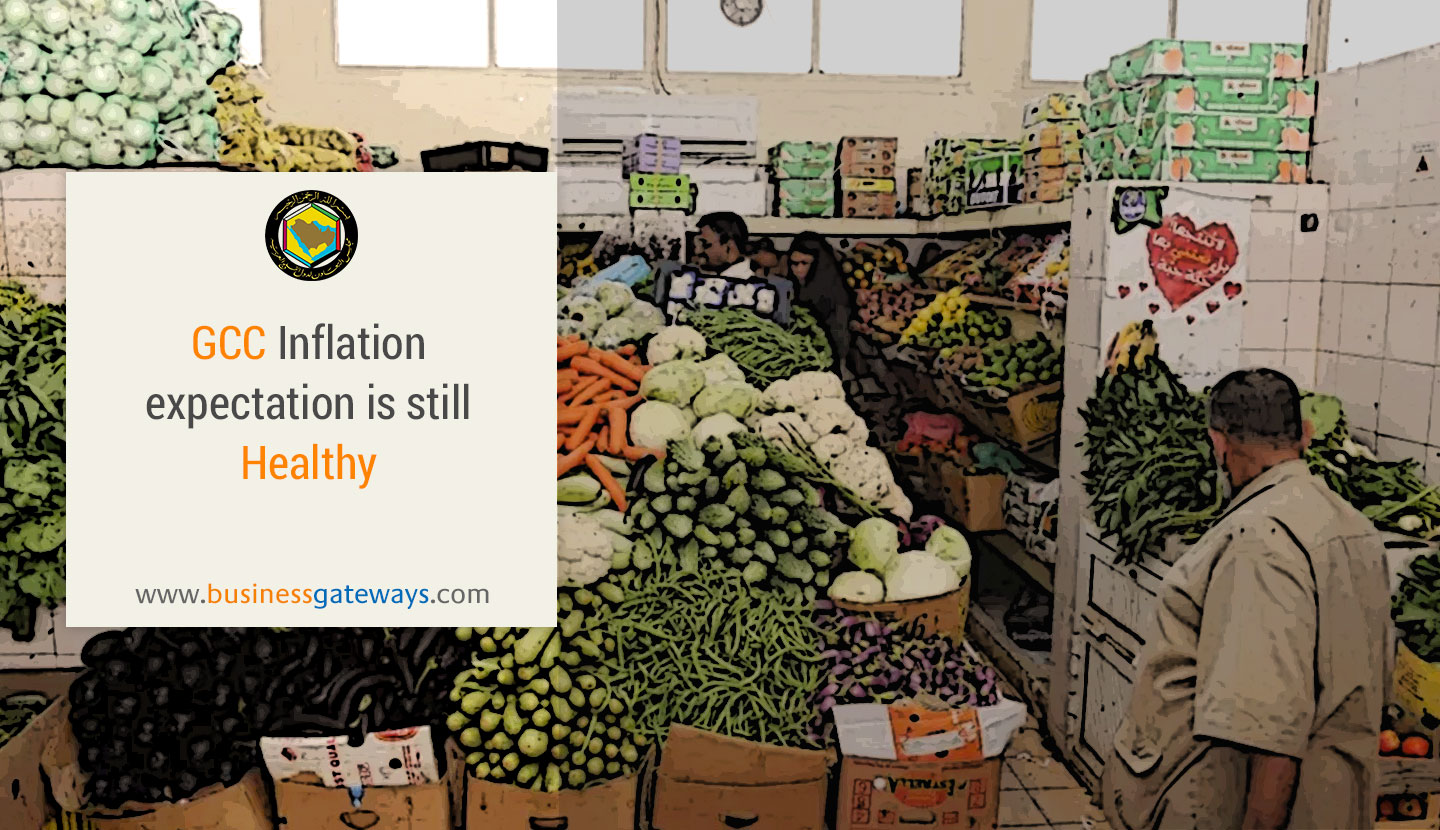 Inflation forecasts for the Gulf Cooperation Council (GCC) continue to be positive over the current year (barring Saudi Arabia) and next year, averaging 1.6 per cent for 2017 and 3.7 per cent for 2018.

Forecasts of inflation for the Middle East and North Africa (Mena) as a whole is expected to be even more stronger at 7.1 per cent and 8.1 per cent for 2017 and 2018 respectively, mitigating any deflationary risks in the region, Kuwait-based Kamco Research, said in its latest report quoting IMF figures.

Most of the advanced economies are affected by weak inflation, as per the International Monetary Fund (IMF), and are facing challenges, as gross domestic product (GDP) per capita are held back by weak productivity growth and rising old-age dependency ratios.

The latest IMF World Economic Outlook (WEO) pushed global growth higher, by 10 baisis points (bps) each for 2017 and 2018, after leaving them unchanged in July, 2017. Revised global growth estimates came in at 3.6 per cent and 3.7 per cent for 2017 and 2018 respectively. However, growth drivers were recalibrated yet again, as growth rates of advanced economies was brought up by 20bps for 2017(2.2 per cent) and 10bps for 2018(2 per cent), while emerging market and developing economies are set to see higher growth (10bps) in 2018.

Global trade volumes grew by 2.4 per cent in 2016, as per the IMF, the slowest since 2009 as trade activity was weak in both advanced economies and emerging market and developing economies. Global trade activity growth nevertheless recovered in late 2016 and early 2017, driven by a recovery in global demand and higher capital spending. The agency however mentioned that medium term risks are still skewed towards the downside, with a number of uncertainties remaining, such as US regulatory and fiscal policy stance, potential for trade restrictions, and eventual UK-EU relationship post Brexit. GDP growth for the Mena region is now expected to come in 20bps higher and grow at 3.2 per cent in 2018, while growth for 2017 was left unchanged from July-17 estimates.

The higher growth estimate by the IMF for 2018 reflects stronger domestic demand from oil importers, and factors in a rebound in oil production from oil exporters post the expiration of the Organisation of Petroleum Exporting Countries (Opec) agreement in Mar-2018. GDP growth for Kuwait in 2018 is pegged at 4.1 per cent, the fastest in the GCC, after declining in 2017, while Qatar is expected to follow, with a GDP growth of 3.1 per cent.

Saudi Arabia's GDP growth was left unchanged for 2017 and 2018. Supply-side economics in the oil market and resultant price implications are still the most decisive factors for GCC in terms of balance of trade and real growth.

Kamco Research remains positive on the impact of past and ongoing initiatives introduced by GCC states, led by Saudi Arabia to shore up the non-oil economy and state finances. Nevertheless, more revisions to growth would depend on the firming of oil prices and the possibility of Opec extending production cuts beyond Mar-2018 to ensure the same.

Main drivers of growth now look to be broad based as per the IMF, including higher growth expected from Japan, China, emerging Europe and Russia, as growth for advanced economies and emerging economies are expected to be higher.

US growth for 2017 (2.2 per cent) and 2018 (2.3 per cent) was moved higher by 10bps and 20bps respectively led by supportive financial conditions and strong business and consumer confidence. Euro growth is also expected to pick up in 2017 and 2018, by 20 bps each, as compared to Jul-17 forecasts. Growth for the euro area is expected to pick up from an acceleration in exports and a broader pickup in global trade. Policy easing and supply-side reforms are expected to drive higher GDP growth for China in 2017 (6.8 per cent). World trade volumes for 2017 and 2018 have also been moved up, the latest of which was a 20 bps (+4.2 per cent) increase in trade volume growth in 2017 and 10 bps for 2018 (4.0 per cent).

Oil prices have reclaimed the $50 per barrel mark, but IMF's assumed oil price forecasts based on oil price futures have continued to trend downward in 2017 and continue to exhibit volatility. The forecasts of the latest update are lower by over $1.6 per barrel and $1.8 per barrel for 2017 ($50.28 per barrel) and 2018 ($50.17 per barrel) respectively, from the Jul-17 update.

The oil market is looking at guidance for an extension of production cuts by the Opec. Going into 2018, the GCC would require oil prices to increase and stabilise in fourth quarter of 2017 and early 2018, along with higher production levels than under the Opec agreement, in order to keep IMF's GDP forecasts for the year intact, and have more favourable balance of payments and maintain fiscal manoeuvrability.