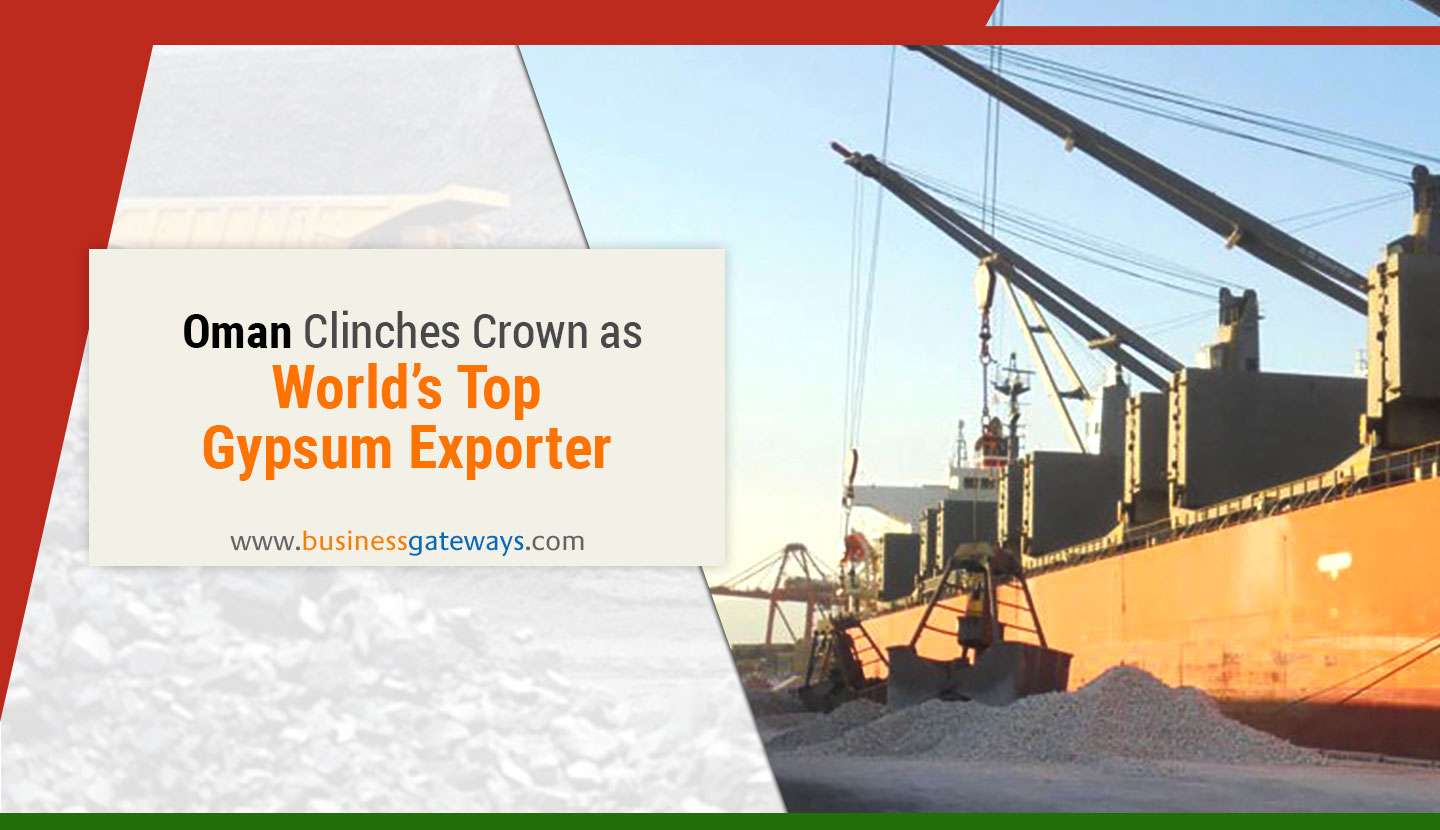 The Sultanate has emerged as the most important source of gypsum for as many as 15 countries in Asia and Africa.
Surging gypsum exports have placed Oman well ahead of leading global exporter Thailand to claim — for the first time — the coveted ranking as the world’s top exporter of this mineral commodity.
Shipments of gypsum — which is primarily used in the cement and gypsum board manufacturing industries — reached a record 6.32 million tonnes during the first 10 months (Jan-Oct) of 2017. Exports for fiscal 2017 are projected to top 7.30 million tonnes, up from 5.65 million tonnes achieved a year ago.
In contrast, longstanding title-holder Thailand has seen exports plummet in the wake of the government decision to limit outflows of the commodity in favour of the south-east Asian nation’s thriving domestic industry. Exports are estimated at around 5 million tonnes by the end of 2017, versus a record-setting 6.26 million tonnes in 2016.
Oman’s elevation to the top of the world’s ranking of gypsum exporters will bode well for the accelerated development of the wider mining and mineral processing sector, according to a leading gypsum producer.
“Considering that gypsum exports from the Sultanate were non-existent barely a decade ago, I think we have come a long way in such a short time,” commented Ramachandran, Director — USG Boral Zawawi Gypsum, a leading producer, exporter, and processor of gypsum in Oman.
“With improved cooperation and coordination among the exporters, suitably supervised by the Public Authority of Mining (PAM), the Sultanate can build on this landmark achievement and enhance non-oil export revenue growth from this promising economic industry.”
According to Ramachandran, the Sultanate — with its prodigious reserves — is well-positioned to cater to burgeoning global gypsum demand, given its strategic geographical location abutting international shipping lanes covering all of the key international markets. Furthermore, mammoth reserves located in the hinterland of Salalah Port, currently the principal gateway for mineral exports, can be conveniently and economically developed to meet the demand for gypsum.
Although the Sultanate accounts for a mere 2 per cent of total global gypsum output, it still catered to roughly 20 per cent of the world’s traded gypsum in 2016. The country is emerging as the most important source of gypsum for as many as 15 countries primarily in Asia and southeast Africa. Major importers of Omani gypsum include India, Vietnam, Bangladesh, Japan, Indonesia, Malaysia, South Africa, Kenya, and Mozambique.
India, the largest gypsum importer, was by far the biggest destination for Omani gypsum, receiving around 35 per cent of total Omani exports during the Jan-Oct 2017 timeframe. Omani gypsum accounts for roughly half of India’s imports of the commodity, with inflows growing at an annualised rate of around 30 per cent.
“For a number of well-known reasons, the Sultanate has emerged as the single most important source for high grade natural gypsum for cement and gypsum board manufacturers across Asia and South-East Africa,” said Ramachandran.
“In fact, after factoring in Omani gypsum supplies to the Asian market, there is still a supply deficit that potentially opens up opportunities for producers like Australia, Mexico, and so on, to serve this market. But their Cost & Freight Rate (CFR) will be far higher than Oman’s corresponding CFR rate, which puts them at a competitive disadvantage. Going forward, the tightening demand-supply scenario will be reflected in an upward trend in Omani gypsum (free on board) FOB prices,” he added.