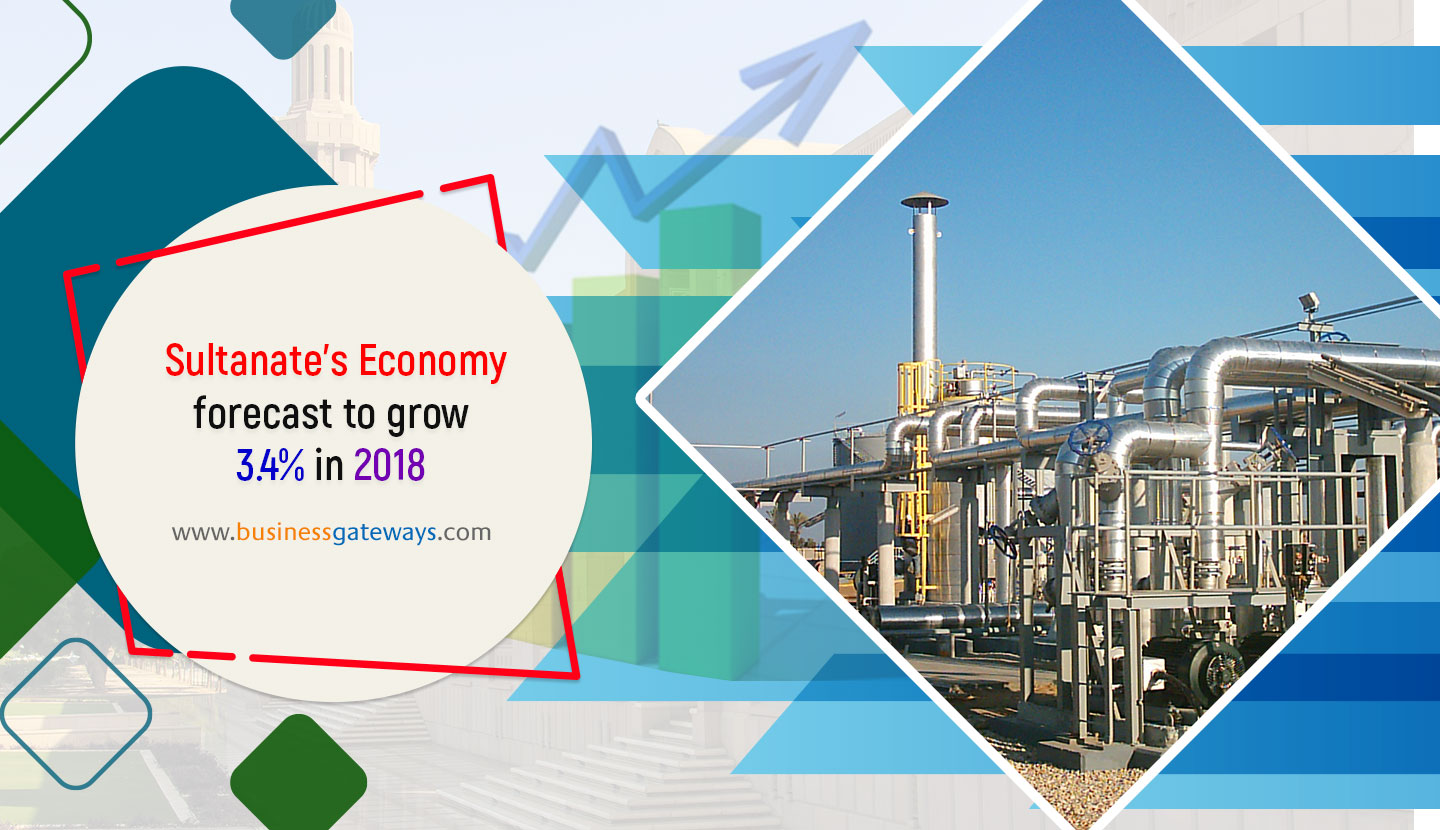 Oman's economic growth is set to accelerate in 2018, thanks to a recovery in hydrocarbon production and governmental efforts to diversify the country's economy, states a new report from global analysis firm, BMI Research. Real GDP is predicted to grow 3.4 per cent next year, up from an estimated 0.7 per cent in 2017.

This year's economic slowdown was primarily the result of contractions in hydrocarbon production, while in 2018 a ramp-up in oil and gas output is expected, said the report which was published by Arabian Business.

Crude oil and dry natural gas output in 2017 declined by 3.0 per cent and 0.3 per cent respectively, but the report forecasts production to increase by 0.5 per cent and 13.9 per cent in the next year. Gas production will be driven by the Khazzan tight gas field while oil production will rise on the back of lower compliance with OPEC quotas amid higher prices.

Thanks to Oman's rich project pipeline – which includes more than 160 projects that are either under way or at an advanced stage of being planned - BMI Research expects real GDP to "remain relatively robust" as the investment in the non-oil sector "gathers momentum".

It predicts economic growth to stay in the range of 3.0 to 3.5 per cent in 2019 to 2022, as the government works to diversify the nation's economy away from a reliance on hydrocarbons. Upcoming projects include the $6.5bn Liwa Plastics Industrial Complex, the $1.5bn Medical City project and the $1.5bn Al Batinah gas-fired power plant.

While the authorities will play a limited role in financing due to fiscal pressures, the government has created an investment-friendly environment via low taxation and crime levels, high-quality infrastructures, reliable and accessible utility provision, and smooth bureaucracy, the report adds.