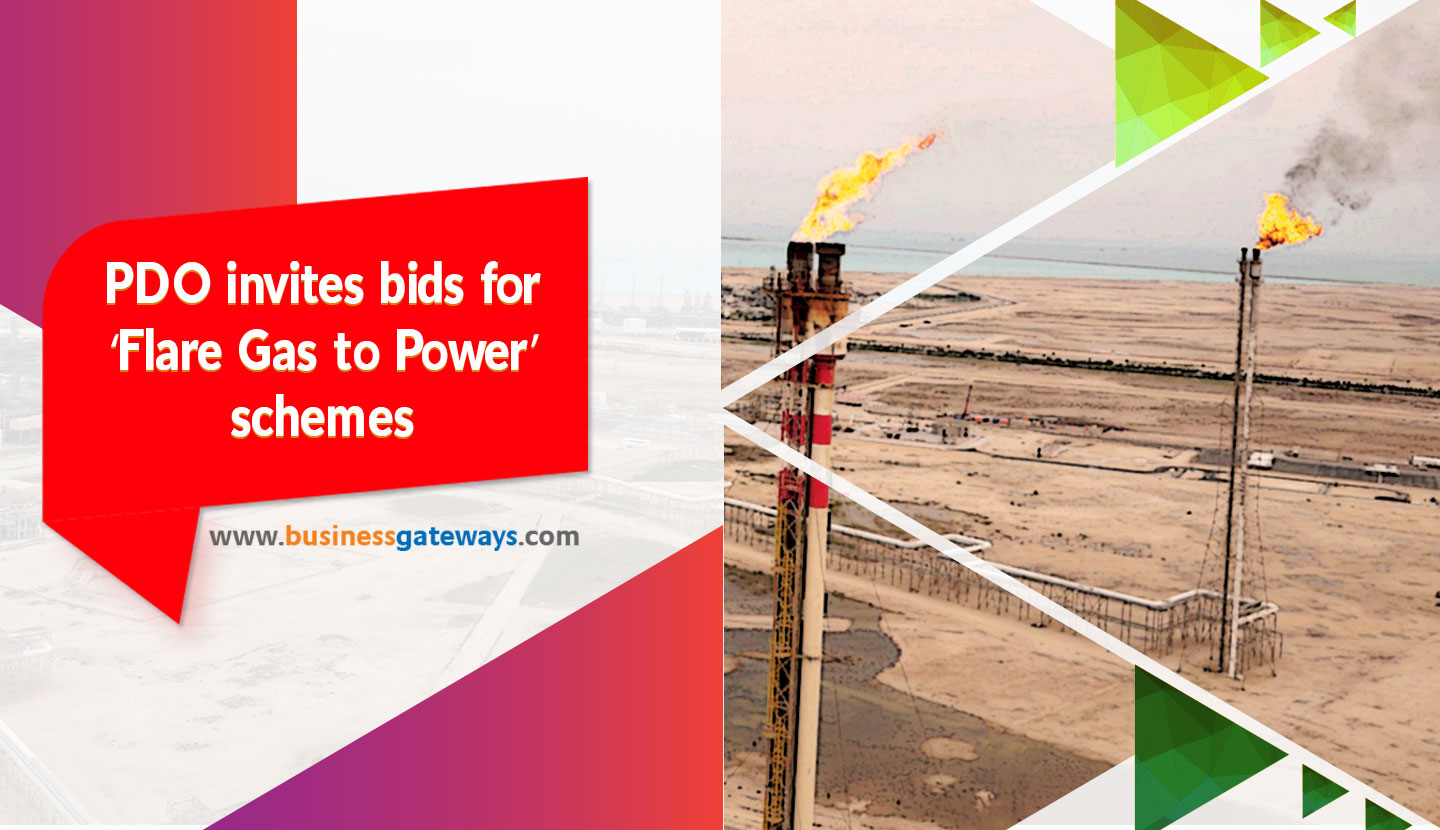 Petroleum Development Oman (PDO) — the nation's biggest oil and gas producer — has invited international firms to compete for 'Flare Gas to Power' contracts designed to harness the large volumes of natural gas being flared from multiple locations across its sprawling concession to produce electricity. In a tender issued last week, the majority state-owned oil and gas company said it was seeking "proven, technically and economically feasible solutions" to convert the gas it flares to electricity. "Vast amounts" of gas are presently flared from over 60 flares in operation across Block 6 which it operates, the company said.

"Drivers for this change include commitment towards gas conservation, zero routine flaring and reductions in greenhouse gas emissions in compliance with Paris Agreement. PDO would hence require engaging technology providers to propose and implement solutions to minimise the gas flared," PDO stated in a backgrounder to this key initiative. The competitive tender will result in the selection of one or more contractors that will not only design 'Gas to Power' facilities at the location of the flares, but also supply the equipment and associated facilities to convert the gas to electricity. Also as part of their remit, the contractors will offtake the flare gas and supply electricity to PDO. Operation and maintenance of the gas-to-power facilities are part of the contractual scope as well.

The initiative is part of a wider effort by PDO to monetise, where possible, the prodigious quantities of natural gas it flares as part of its normal operations across Block 6. The dozens of flares currently in place at key locations across PDO's sizeable acreage account for as much as 11 per cent of total gas volumes consumed daily by the company in 2016. Of an estimated consumption rate of 25.1 million cubic metres of gas per day, around 2.7 million cubic metres per day of gas was flared, the company stated in the 2016 Annual Report.
Flaring reduction is an integral part of PDO's gas conservation strategy. Efforts to cut flared volumes resulted in a 38 per cent reduction in flaring intensity recorded over the 2015-2016 timeframe. Flaring intensity slumped to 12.86 tonnes flared per 1,000 tonnes of production in 2016, down from 20.85 tonnes flared in 2015, the company said.

Flaring is an essential part of oil and gas operations anywhere in the world. It helps safely relieve toxic hydrocarbon gases, although in the process it can lead to significant loss of natural gas resources and also have serious implications on environmental impact and reputation. At oil facilities, around 1-2 per cent of total oil and gas production is lost due to flaring, while non-routine flaring accounts for more than 75 per cent of total flaring.
Significantly, PDO has also endorsed the World Bank Zero Flaring Initiative which encourages governments, companies and development organisations to work closely together to end continuous flaring by 2030. In line with this goal, the company will "continue to strive towards implementation of economically viable solutions to eliminate routine flaring as soon as possible and ahead of the World Bank target date," according to PDO's Managing Director Raoul Restucci.

Last year, the company successfully piloted the use of micro-turbine technology to generate electricity from flared gas at its Anzauz Production Station in the company's Oil South Directorate. A test facility established at Anzauz currently generates around 180-195 kW of electricity by converting 1,000 cubic metres per day of fuel gas that would otherwise be flared. The company plans to roll out micro-turbines at other isolated locations to help capture and convert flared volumes to electricity.