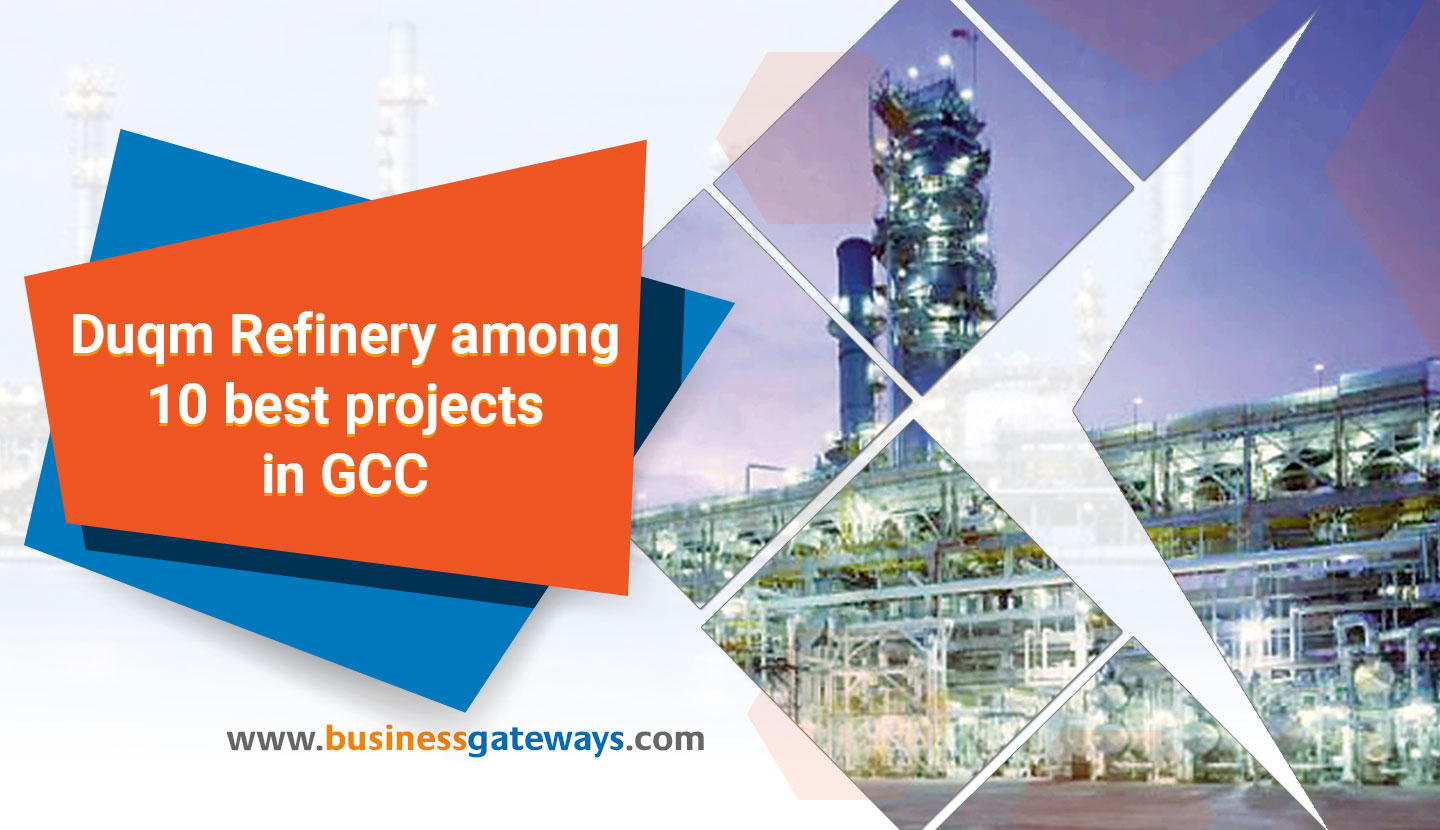 Al Duqm Refinery Project received a regional tribute in the annual briefing of Middle East magazine as one of the ten most important and promising projects in the Gulf region in the oil sector at the Dubai Marina Hotel last week. Al Duqm Refinery is one of the largest projects in the region in terms of economic cost estimated at $8 billion and extends over an area of 90,000 hectares and one of the largest promising projects in the Sultanate in the energy sector, with 230,000 barrels of production capacity expected per-day when completed.

The economic experts and analysts during the forum reviewed the economic situation in the region in general and the performance of the Gulf economies in light of the crisis of the decline in international oil prices and their impact on various aspects of economic life in the Gulf region.

The forum touched on the economic outlook in the Gulf region in the light of the rapid developments that cast a shadow over the entire region, as well as the economic indicators that showed the performance of a number of regional markets in the past year.

Jassim bin Hassan al Ajmi, Head of Corporate Sustainability at Al Duqm Refinery Company, stressed the importance of participating in this annual meeting to identify the rapid developments in the energy sector in the region and the available investment opportunities and building relationships with international investors in this sector.