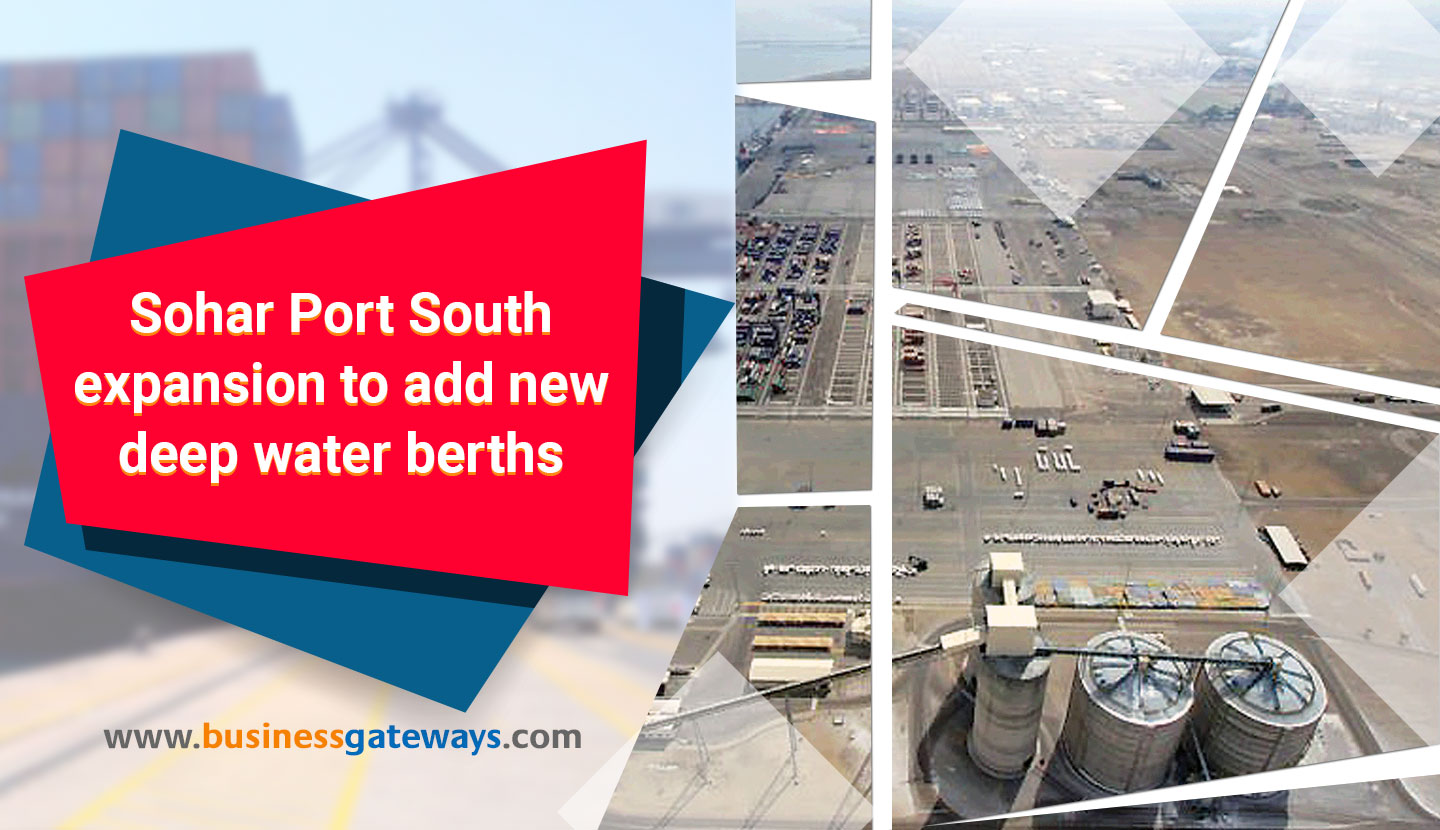 Dredging and reclamation work is expected to commence soon on the first phase of an ambitious plan to expand the capacity of Sohar Port, the nation's fastest growing maritime gateway and free zone. The expansion project, dubbed Sohar Port South (formally the Majees Reclamation initiative), will add around 200 hectares of new real estate to the port's existing 2000-hectare capacity. Its proximity to the industrial port's petrochemical cluster as well as the Liquid Berth and Tank Terminal means that much of this new acreage will be earmarked for petrochemical investments.

The expansion is one of a number of notable initiatives lined up for implementation in 2018 that will underpin the continued growth of Sohar Port and Freezone, according to Mark Geilenkirchen, CEO.

"We will commence the SOHAR South Expansion part this year," said Geilenkirchen. "We will reclaim 200 hectares from the sea, starting with around 50 hectares in the first phase, and will add Phase 2 later, to be able to host new industries that need deep water berths," he added in remarks to investors, operators and service providers attending the port's annual reception last week.

Among the first investors to benefit from the new deep water capacity is Trescorp, a Singapore-based oil and petroleum products trading firm. Last September, the company signed a pact with Sohar Port to develop a 45-hectare terminal for the handling, storage and blending of crude oil, fuel oil and diesel at the port. Total investment in the project, which will include facilities for other petroleum products in the next phase, is estimated at $600 million.

Trescorp's Sohar venture will require deep water berths of 25m drafts to handle supertankers of up to 320,000 DWT capacity. Other investors are also being lined up to take advantage of the additional 150 hectares being offered as part of the Sohar South expansion.

Yet another initiative that will be rolled out in 2018 will look at opportunities for "optimisation" of the port, said the CEO. He explained: "The port is almost 15 years old, and we've been a project company all this time. But now is the time to explore what do we can do to (integrate) all our industries in the port and free zone together. We see industries generating steam and have an excess of steam; there are also some units that produce hydrogen, while others require hydrogen. On this journey of optimisation, we will see if it is possible to connect these industries together and to develop a more efficient port, thereby bringing more profits to the companies and to the port as well. It will be offer a better deal for Oman as well."

Reiterating its commitment to local human capital development, Geilenkirchen said the port is also planning its SOHAR Performance Accelerator (SPA), an initiative designed to develop a highly trained cadre of Omanis to join the port and well as its tenants.

"SPA aims to attract young Omanis from universities through a rigorous selection process, train them locally and internationally for a period of 2 — 3 years, and then deliver well-trained people with the right motivation for our industries. Our goal is to accelerate the number of people trained to international standards."