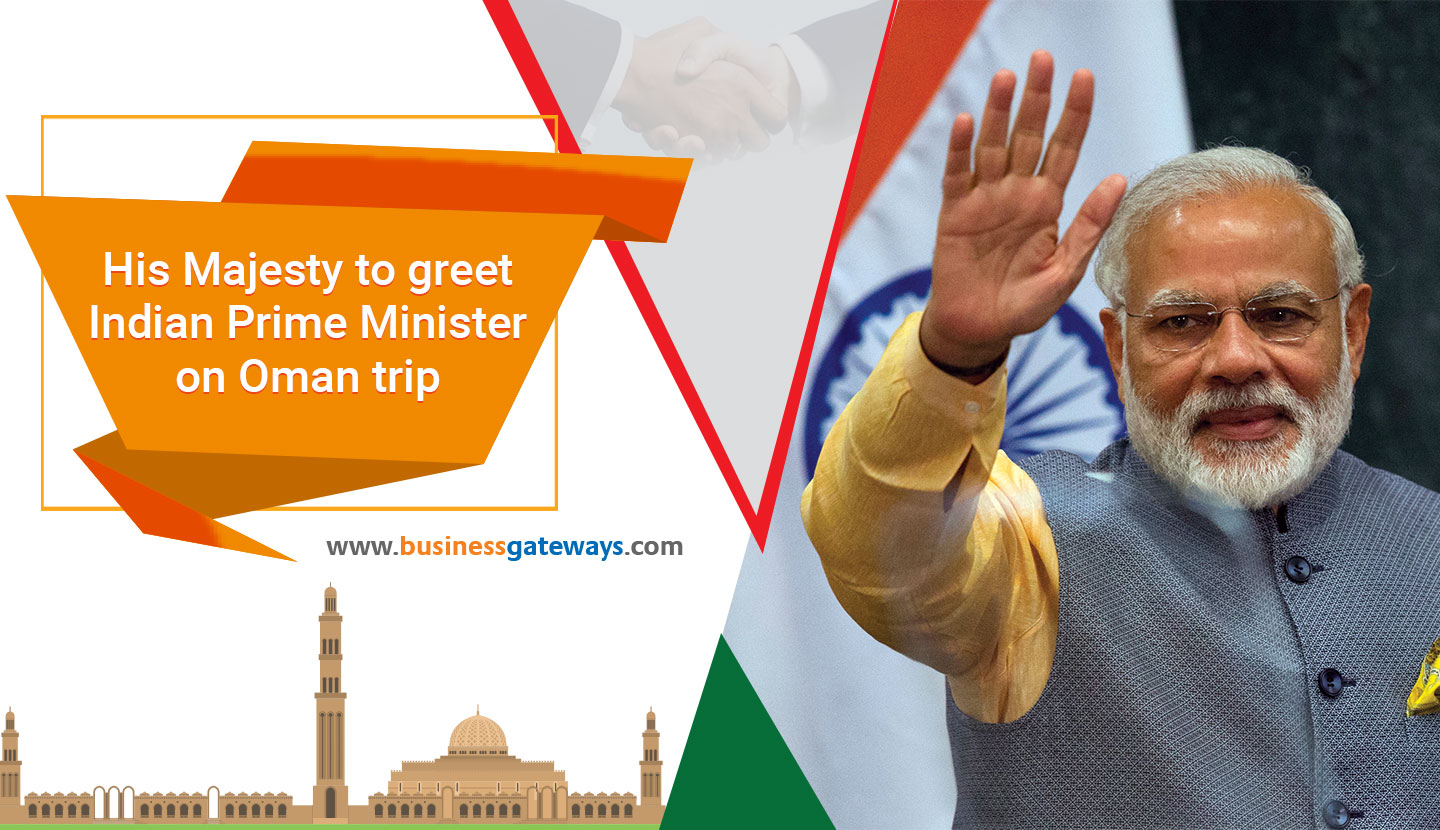 A statement from Oman News Agency reads: “In the framework of close cooperation between the Sultanate and the friendly Republic of India, the Indian Prime Minister Narendra Modi will arrive in the country on Sunday for a two-day visit to the Sultanate, during which he will meet with His Majesty Sultan Qaboos bin Said.”

The Prime Minister will be accompanied by an official delegation comprising a number of senior government officials, the statement added. Modi’s four-day Gulf tour includes Palestine and Abu Dhabi.

India’s Ambassador to Oman, Indra Mani Pandey, said that Prime Minister Narendra Modi’s visit holds significance for the country and for the strong and ever-evolving bilateral ties between the two nations.

“The PM will be visiting Oman on February 11 and 12, 2018. We are looking forward to a successful visit,” Indra Mani Pandey said.

Dr Sathish Nambiar, Chairman, Indian Social Club Oman, said: “I think this is a momentous occasion for all the Indian expatriates in Oman.

“Mr Modi has been Prime Minister of India for more than three years now and we have been looking forward to seeing him and listening to him, because there is a very significant Indian diaspora in Oman and I am sure they are all eagerly waiting for him to come here.

“Oman has always had a very good relationship with other countries thanks to the vision of His Majesty, and the relations with India have gone back thousands of years,” added Nambiar.

“Oman and India have been trade partners for centuries now, even if diplomatic relations only began a few decades ago, so there has always been a very good relation between the two countries.

“Oman has been very hospitable and friendly towards all the Indians here, and Indians have contributed a lot to many sectors in the Sultanate, such as engineering, medicine, businesses, telecommunications and many others,” he said.

“So there is already a very strong bond and I am sure this visit by Modi will only make it more so,” he added.

The Indian Social Club is distributing passes for the PM’s speech at the venue but only a lucky few Indian expats, around the 20,000 mark, will be able to attend the event.

Nearly 800,000 Indians currently live in Oman. An overwhelming crowd of over 25,000 Indians have registered for the event. For the rest, Times of Oman will ensure a steady stream of exclusive interviews and live coverage.

This is Modi’s maiden visit to Oman, though he transited through Salalah on November 28, 2008, on his way to Africa, when he was the Chief Minister of Gujarat.

Another important engagement of the PM during his visit will be the India-Oman Business Meet on February 12 where he will address Oman’s business leaders.

The forum, aims at encouraging theOmani and Indian business communities to do more business with each other, is being organised by the Ministry of Commerce and Industry of Oman, in association with the Embassy of India, Muscat.

The PM will also visit Sultan Qaboos Grand Mosque, the iconic mosque of Oman, as well as the Shiva Temple in Muscat, which is said to be more than 100 years old.

Modi’s visit is a reflection of the importance that the government of India has attached to the multi-faceted and mutually beneficial India-Oman strategic partnership.

This visit is expected to take India-Oman bilateral cooperation and partnership to a new high. Also, a number of Memorandums of Understanding (MoUs) are expected to be signed.

Meanwhile, the Indian community in Oman has been looking forward to Modi’s visit. Various sections of the community, including students, businessmen, homemakers, and senior citizens will be attending the event.

Mahesh Jesrani, a Muscat-based mechanic who hails from Modi’s home state of Gujarat, said he has already registered for the event and is excited to see his Prime Minister.

“We watch his speeches on YouTube and on TV, but watching him speak in person will be wonderful. Naturally, I registered and I’m very excited,” he said.

Sangita Rachh, a homemaker whose family comes from Jamnagar in Gujarat, revealed that she too had signed up to attend the event.

“Everyone is really excited to see him. I have registered to attend along with my husband,” she said.

Indian expats have been informed that there will be strict security measures.

“Except wallets and mobile phones, no other items will be allowed inside the venue. Also, there is no safe deposit at the venue,” an official statement read.

“Invitations issued to registered participants are non-transferable and must be carried along with the Omani Civil ID Card. No other identity document will be accepted. Date and venue for collecting the invitations will be intimated to the accepted applicants via SMS,” it added.

Meanwhile, Modi was at the Palestinian city of Ramallah on Saturday. From there, he will travel to the UAE and then to Oman.

The Indian government is keen to boost economic growth and create more jobs by attracting foreign investment from Oman and elsewhere. Regular high-level visits and exchanges have been key features of this relationship.