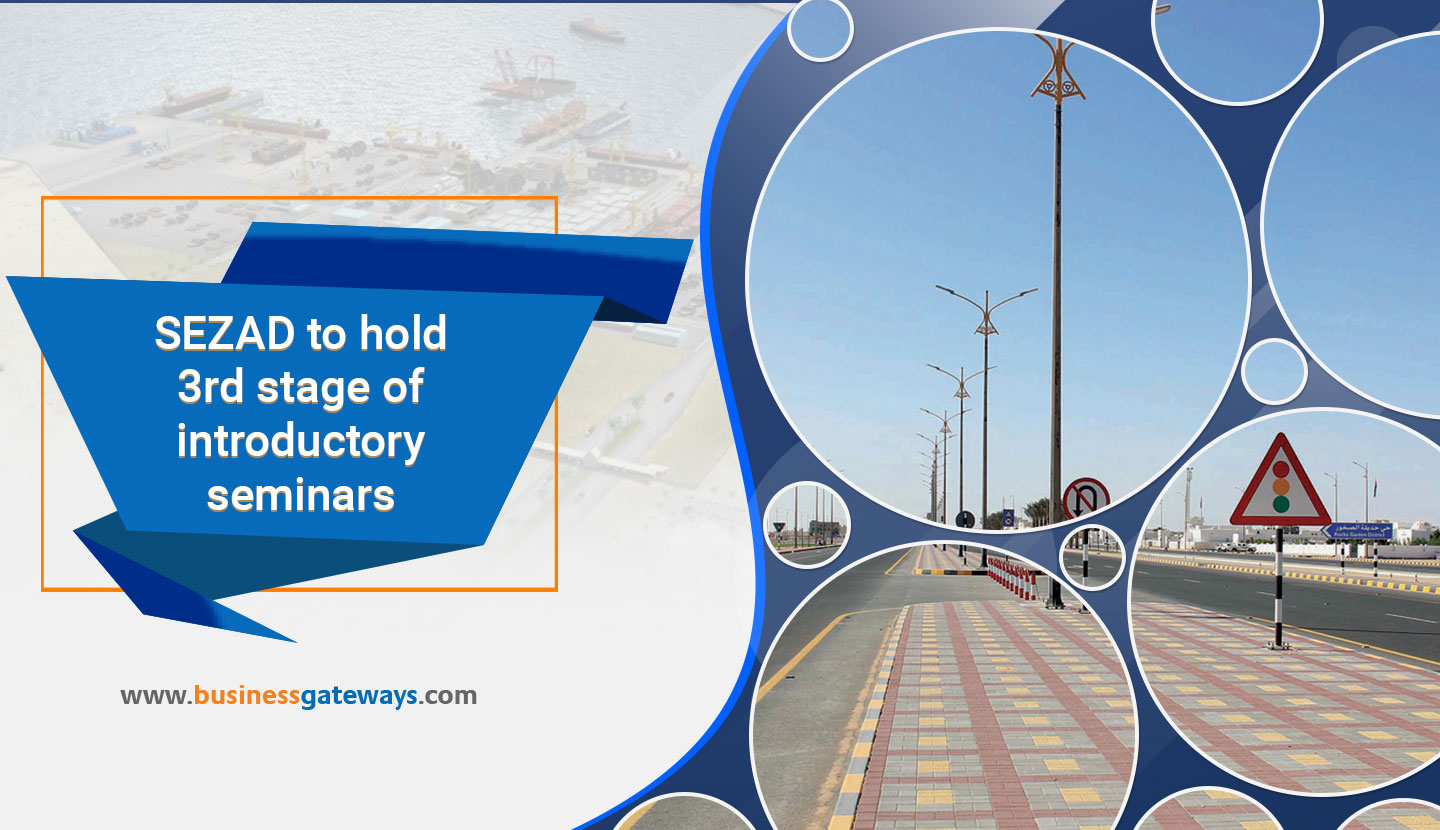 The Special Economic Zone Authority in Duqm (SEZAD) will launch tomorrow the 3rd stage of its introductory seminars in the Sultanate’s governorates. The seminars come within the framework of SEZAD’s efforts to increase the local investment in Special Economic Zone of Duqm and to encourage major companies and the SMEs to invest in the zone. The new phase will include a number of seminars and workshops targeting local companies and businessmen who have the desire to establish their projects in Duqm.

The seminars, which will be held under the title “Investment Opportunities in Duqm Economic Zone”, aim at highlighting investment procedures, incentives and facilities offered by the SEZAD to the investors, the projects that are being implemented and investments that SEZAD has attracted over the past years, besides highlighting the government’s efforts in establishing infrastructure of the special zone and preparing it to achieve its objectives in economic development.

The new seminars will be launched tomorrow in the Wilayat of Sur in the Governorate of South Al Sharqiyah, where a seminar will be held at the HQs’ of Oman Chamber of Commerce and Industry (OCCI), branch of the governorate within the framework of the joint efforts between SEZAD and the OCCI to promote the available investment opportunities in the Sultanate and to encourage the private sector to invest in the country. — ONA.
Source: OmanObserver