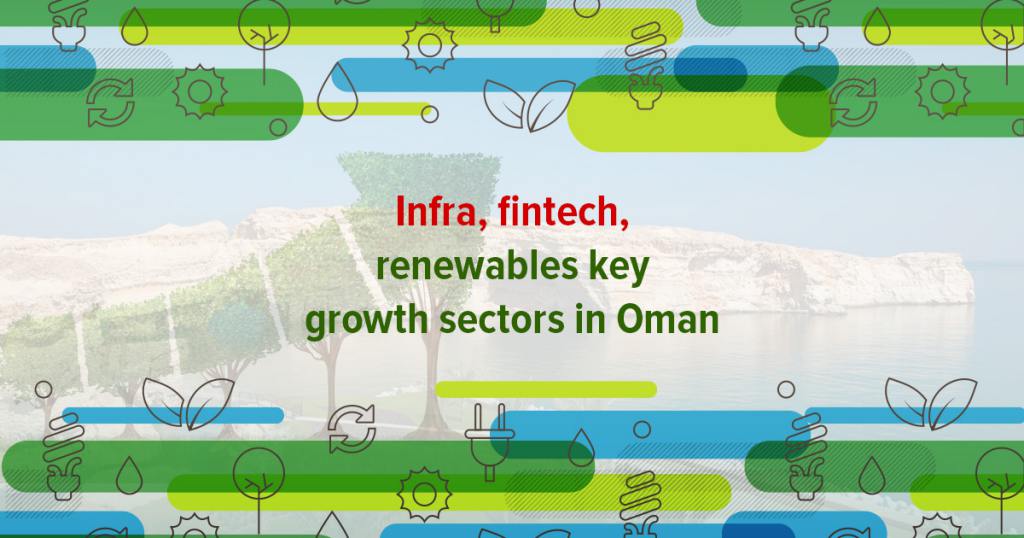 Despite the constrained economic environment in Oman and the wider Gulf region, linked to weak oil prices, opportunities for private investment abound in a number of sectors, notably infrastructure, technology, ecommerce, health and education, tourism and renewables, according to a leading Omani businessman.

Khalid Mohammed al Zubair, Chairman - Ominvest, a prominent publicly listed investment holding company, said the Omani government, as well as its counterparts across the GCC, have rolled out a variety of incentives to woo private investment in a number of key sectors. “It is true that weakness in the oil prices has posed certain challenges during the past few years, including rising debts and deficits, and other socio-economic challenges. But this challenging environment has created in its own way promising new opportunities,” Al Zubair said.

“The governments on their part seem to (have opened up these opportunities) for the investor community through various stimuli such as - fast track economic diversification, strong initiatives to attract foreign direct investments, market-driven policies and embracing new technologies to boost efficiencies,” he stated in a presentation at the opening of the World Exchange Congress (WEX), which began at Shangri-La’s Barr Al Jissah Resort and Spa yesterday.

The two-day event, hosted in partnership with the Muscat Securities Market (MSM), began under the auspices of Dr Ali bin Masoud al Sunaidy, Minister of Commerce and Industry who is also Deputy Chairman of the Supreme Council for Planning. Top executives from a number of Stock, FX, Futures, Commodity and Energy Exchanges as well as Clearing Houses, Investment Banks and Regulators, are attending the forum.

In his address, Al Zubair identified as many as eight different sectors that, he said, were most promising for private sector investment. Topping the list is infrastructure, with the Gulf states requiring spending in the range of $120 – 150 billion per annum over the next two years alone, he said.

The Omani government, for its part, is seeking to engage the private sector in designing, building, financing and operating public infrastructure via the Public-Private-Partnership (PPP) model, he said, while noting in this regard infrastructure and industrial initiatives, involving multibillion dollar investments, under way in the Special Economic Zone (SEZ) in Duqm.

Also prospective for investment is fintech, said Al Zubair. “In the West, banking and financial services are currently going through a digital transformation of sorts. The Gulf region is also embracing fintech and that’s where we see the opportunity today. For instance, the GCC banking assets stand at $2.1 trillion. With the market moving fast towards fintech solutions, digital financial services will grab a meaningful portion of the market - amounting to tens of billions of dollars.”

The veteran business leader also singled out ecommerce as particularly promising in a region where the sector is growing at over 20 per cent annually. “With its acquisition of Souq.com at a valuation of $580 million, Amazon has underscored the future growth potential of ecommerce in the region. We will certainly see ecommerce related businesses take-off in a big way, over the next few years,” he stated.

Insurance, although figuring at the lower end of the list, offers immense potential in a region where penetration averages 1.9 per cent of GDP versus the global average of 6.0 per cent and 10.6 per cent in the UK.

“Growth in the sector will be supported by government policies, which are making an increasing number of insurance products compulsory. The sector is expected to grow from $26 billion in 2016 to $44 billion in 2021 at an annual rate of 11 per cent. Growth will be led by the UAE and Oman - both of which have introduced mandatory health insurance regulations recently,” he added.