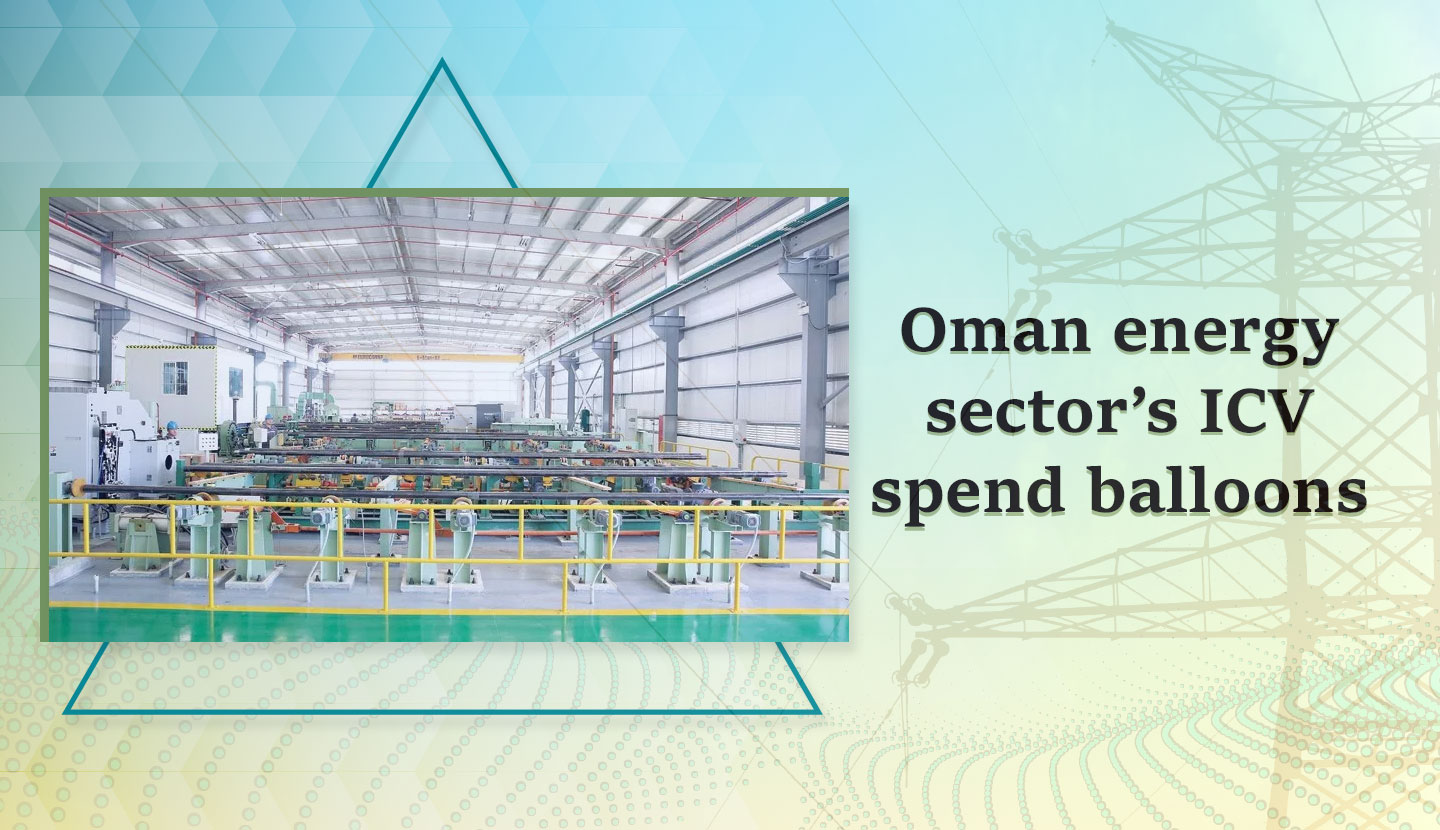 Energy companies operating across the hydrocarbon value chain in the Sultanate say they have awarded contracts collectively to the tune of several billion dollars as part of their In-Country Value (ICV) commitments in 2017. In submissions to the Ministry of Oil & Gas, leading Oil & Gas operators, as well as the nation’s refining and petrochemicals flagship Orpic, have announced substantially higher allocations towards ICV initiatives as part of their project spend in 2017.

ICV is defined as the total spend retained in-country that can benefit business development, contribute to human capability development and stimulate productivity in the Omani economy.

Commenting on the importance of ICV to the Sultanate’s strategic developmental goals, Dr Mohammed bin Hamad Al Rumhy, Minister of Oil and Gas, said: “In-Country Value (ICV) has been a key element in all our projects to provide the highest value for the community through Omanisation, using locally produced material and equipment, and assigning projects to SMEs. In fact, it is expected that SMEs will play a significant part in providing various oilfield services to operations working in the concession areas.”

Leading the field in terms of ICV allocations last year is Petroleum Development Oman (PDO), which awarded a record $5.19 billion in contracts to locally registered companies. It also supported the launch of a number of Omani factories and workshops specialising in the manufacture and supply of key pieces of equipment, parts and services to the Oil & Gas industry.

Orpic, the largest investor in Oman’s refining and petrochemicals sector, has revealed that its ICV spend on its three strategic projects has so far exceeded $1 billion. It includes $749 million on its newly completed Suhar Refinery Improvement Project (SRIP), representing 28 per cent of the total project cost of $2.68 billion. Besides, $149 million was spent in-country on the Muscat-Suhar Product Pipeline (MSPP) project, representing 44 per cent of the total project value of $336 million. Likewise, the ICV spend on its flagship Liwa Plastics project, currently under implementation in Suhar, has so far totalled $283 million as of end-2017. Orpic is targeting a minimum 20 per cent local purchase content of the total project value of $6.4 billion.

BP Oman, which brought the Khazzan tight-gas development into operation last September, says the successful delivery of first gas was achieved with the support of many local contractors who provided expertise, resources and a range of vital services. Examples include rig construction, drilling and stimulation, road laying, construction of work camp facilities and pipelines.

In the second half of 2017, local companies were awarded contracts totalling around $170 million in value. Third party ICV spend in 2017 grew to over 40 per cent, up from 35 per cent in 2016. “Omani companies will continue to be involved as the Khazzan development progresses and a Vendor Development Programme is in place the aid the process of tendering,” the company said.

Occidental Oman said the ICV spend by contractors was 35 per cent in 2017, compared to 31 per cent in 2015. As part of its ICV strategy, the company is supporting the growth of Omani SMEs that demonstrate high potential for maximising ICV and job creation, it said.

Oxy’s SME Development Programme, launched in 2013, has supported the growth of a number of SMEs specialising in the manufacture and supply of oilfield equipment and services. As of Q3 2017, the programme included 150 Omani participants.

“Overall, the participants achieved up to a 277 per cent total increase in contract value, reaching a comprehensive total increase of $132 million,” the company stated. It is also supporting the development of a fifth Super Local Community Contractor (SLCC), named Al Khazain, with 1200 shareholders from its Mukhaizna concession.