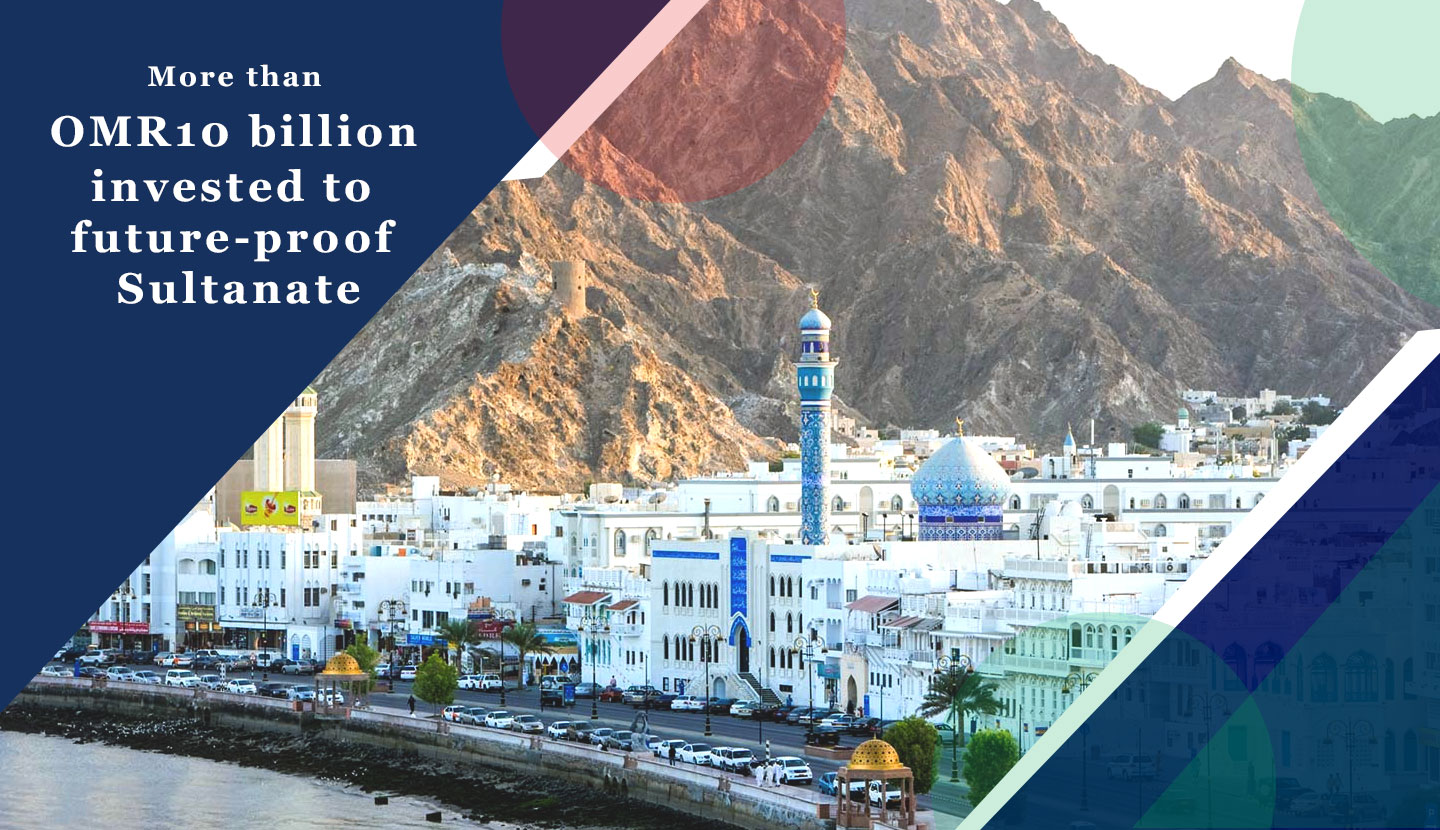 Oman’s government is investing more than OMR10 billion in a concerted effort to push forward the diversification of its economy.

The move comes as Oman moves ahead with its Tanfeedh plans for economic diversification, which is predicted to create at least 20,000 new jobs in the near future, and thousands more as the plans pick up momentum.

“In the manufacturing sector, Tanfeedh is slated for $24 billion in new investments, to create 13,000 direct new jobs,” said Ominvest Chairman Khalid Muhammad Al Zubair, speaking at the 2018 Oman Economic Forum. Key sub-sectors include petrochemicals, metals, materials, and the food and energy sectors. Oman’s Tourism Sector is largely untapped. By 2020, the tourism sector is expected to attract investments of $5 billion, over 2.7 million visitors and create more than 10,000 jobs.

“Within logistics, Oman’s government is positioning Duqm as a major industrial and business zone in the region,” he added. “By 2020, the Logistics Sector is expected to attract around $16 billion in new investments. After the Oil and Gas sector, Logistics is expected to be the second largest contributor to GDP by 2020.”

Despite the optimism in Zubair’s speech, however, he highlighted that while Oman was beginning to recover from the after-effects of the global economic downturn, there was still a long path ahead for the nation.

“Oman and the rest of the GCC have bounced back from a severe recessionary situation in 2016 to a remarkable recovery in 2018. But, we still can’t say mission accomplished, as we all have a long way to go,” he said.

He did reveal, however, that while Oman’s deficit could be wiped out if oil prices remained high, the economy is expected to grow in 2018, catalysed partially by the recovery in oil prices and the first fruits of the diversification process.

“We all know oil is a driving force for the GCC economies - and what a difference a year can make. In June 2017, oil was trading at $45 barrel. Now it’s touching $75 barrel,” said Al Zubair.

“Now, the oil experts think that oil is headed to $80 and beyond - given various technical and fundamental justifications,” he added. Such intense volatility in key commodities like oil poses major challenges to businesses and oil economies like ours.

“At the same time, such disruptions bring an impetus for major reforms, and also creates attractive investment opportunities for astute investors - who can buy quality assets during the downturn at depressed valuations and patiently wait for a major recovery to reap huge rewards.”

Other financial and economic experts in the nation also predicted an upswing in Oman’s fortunes in the future, starting in 2018.

Hamid Hamitani, a senior economist of the Minister’s Office of Oman’s Ministry of Finance said “Indeed, 2017 certainly was the year of consolidation; where the deficit has been brought down to 12.8% of the GDP, compared to 21% in 2016. The introduction of VAT, Custom and Excise duties, combined with tight spending limits, is expected to reduce the deficit to 4% of GDP in 2019, according the projections by the IMF staff.

“An economic policy focused on efforts to diversify the economy away from the oil and gas sector, and the planned completion of major infrastructure projects, are expected to steadily raise the non-hydrocarbon GDP growth to about 4% over the medium term,” he added.

“Oman has been successful in substantially completing its massive infrastructure plan, such as, for instance, the Duqm Freezone Infrastructure Project, Al Batinah Express Road and more recently the opening of the new Muscat International Airport in March this year. The Public investment shall now be guided by the fiscal cushion and focus on public private partnership fostering private sector participation.

“Higher productivity through technological advances, vocational training and efficiency gains in utilities production and distribution will be a priority, followed by gradual reforms for subsidies and optimisation of the Government wage bill with due care to its social impact.

“This is expected to address the current spending rigidity,” added Hamitani.

“The overriding aim of the Omani government is a balanced budget and reduced reliance on oil revenue through a gradual enhancement of non-oil revenues and a gradual reduction of expenditures.

“The expenditure was more than $15 billion in 2015, and now it is at a level of less than $12b. Oman will continue to strike the right balance between financial sustainability and economic growth. The government managed to reduce expenditures substantially, by over OMR3 billion, despite of the demand of the growing population for governments services.”

“The decline in the deficit will bring a lot of sustainability,” he explained. “The Oman government has always pursued sustainable economic policies, and that is why the impact of the financial crisis, or any downturn in the global markets, have not been felt that badly in Oman. This clearly shows that the country always has very balanced economic policies, instead of being very aggressive or conservative, which has really helped Oman to grow.”