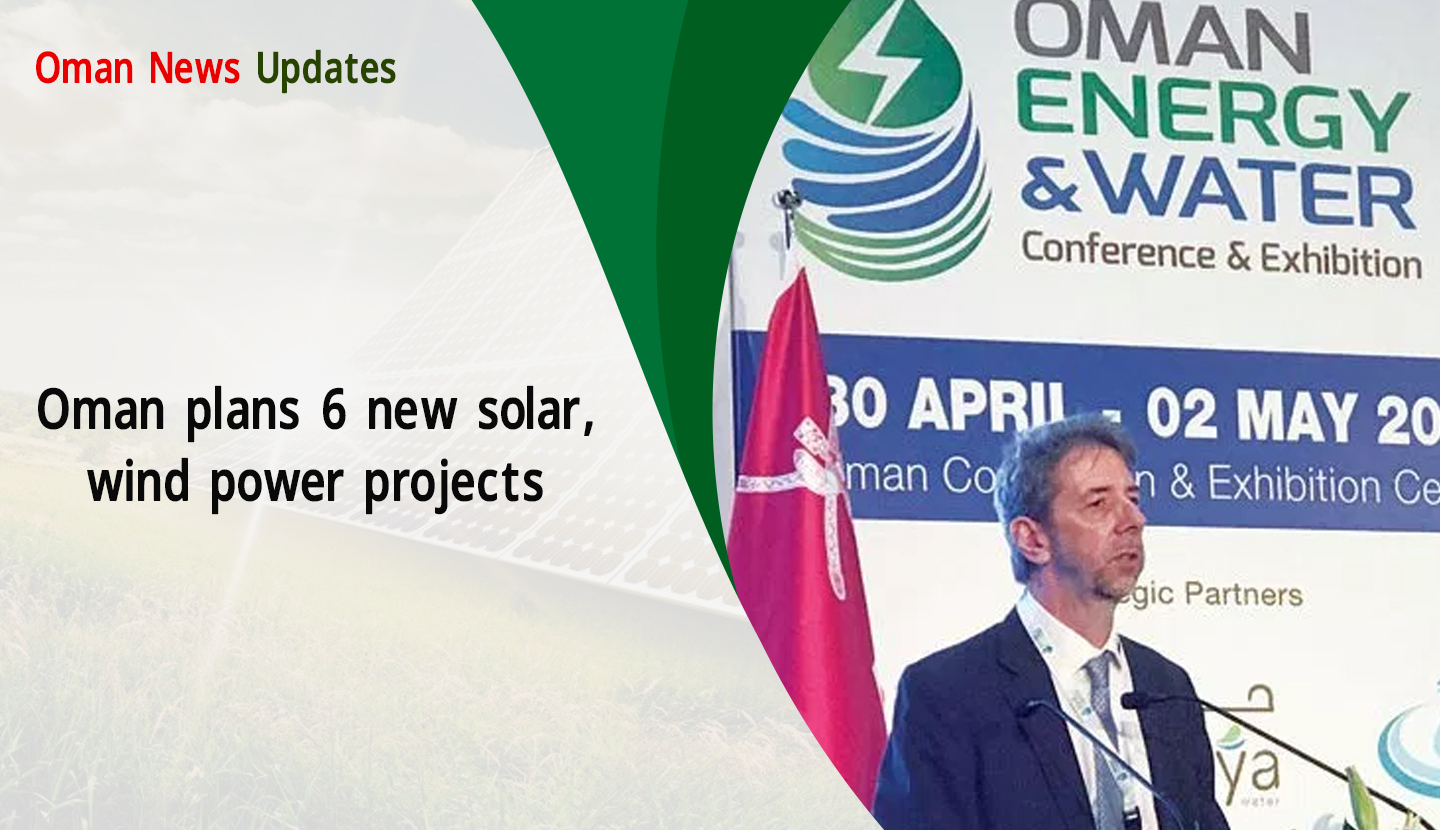 Adding new momentum to its nascent renewables energy programme, Oman has unveiled plans for six new solar and wind powered projects aimed at delivering a total of around 2,650 megawatts (MW) of renewables based capacity by the year 2024.

The proposed new schemes are a further addition to Oman’s maiden power and water projects - a 50 MW wind farm in Dhofar being implemented by the Rural Areas Electricity Company (RAECO) and the Abu Dhabi Energy Future Company (Masdar); and a 500 MW utility-scale solar photovoltaic (PV) project [Ibri II Solar IPP] planned at Ibri in Dhahirah Governorate.
The new projects are among the key highlights of OPWP’s yet to be published ‘7-Year Outlook Statement 2018-2024’, currently awaiting approval, according a key executive of the wholly government-owned entity - a member of Nama Group.

Offering a sneak preview of the Outlook Statement at the Oman Energy & Water Conference and Exhibition, Brian Wood - Planning & Economics Director, said new renewables-based capacity includes three large-scale solar PV schemes each of around 500 MW capacity. For now, they are referred to as Solar IPP 2022, Solar IPP 2023 and Solar IPP 2024, indicating that they are slated to come on stream in the years 2022, 2023 and 2024 respectively.

It is expected that the three new solar PV developments will be established in three locations - Ibri, Manah and Adam - which have been identified as the most ideal for solar-based schemes.

In addition, three new wind-based power developments are planned for procurement and implementation as Independent Power Projects (IPP) over the 2018-2024 timeframe, according to Wood.

The Dhofar II Wind IPP is proposed to be a 150 MW capacity scheme with the commercial operation date set for 2023. The other two wind-based farms - dubbed ‘Wind IPP 2023’ and ‘Wind IPP 2024’ - are sized at 200 MW each with Dhofar and Duqm and likely locations.

The six new renewables-based power projects, together with plans for coal-powered capacity in Duqm and a first-of-its-kind Waste-to-Energy (WTE) scheme, represent an “ambitious” effort by OPWP to reduce the nation’s dependence of gas-based power generation for around 97 per cent of its power consumption. This stems from a fuel diversification strategy that seeks to broaden the Sultanate’s fuel base to secure its electricity requirements over the long term, said Wood. “The fuel diversification policy, approved by the government, was given to OPWP to implement in January this year,” said the executive.

“It calls for renewable energy development - that there should be at least a 10 per cent renewable energy contribution by 2025. This is a very ambitious target, but we have a plant for getting there.”

The new projects, along with the Ibri II Solar IPP and Dhofar Wind Farm, currently under procurement and implementation, will add up to a total of 2,650 MW of renewables based capacity that will be operational by 2024, he added.
Register for JSRS Certificate | Join JSRS Webinar | Contact us