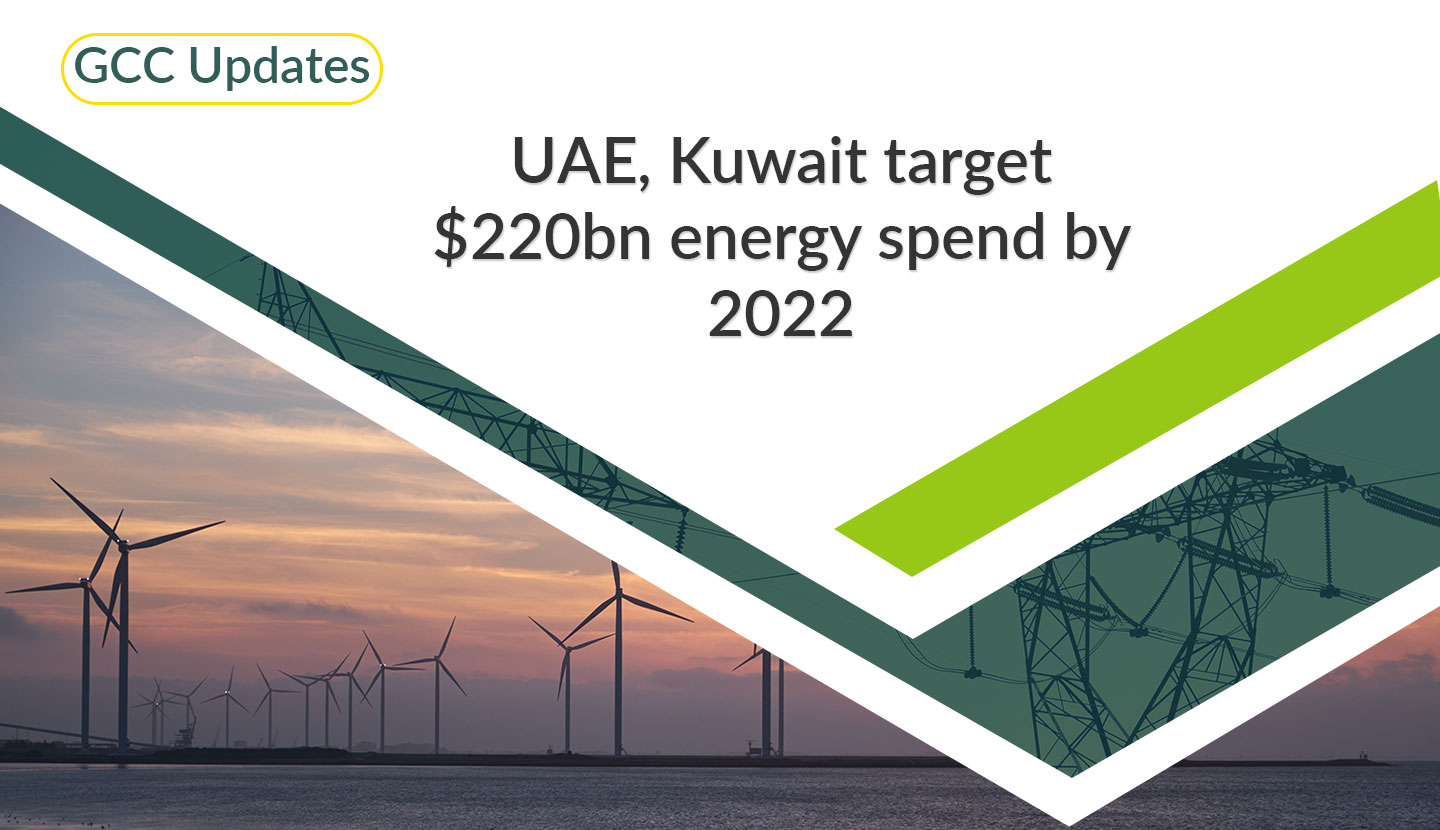 The UAE and Kuwait have announced ambitious power capacity targets for 2022, that could see them invest over $220 billion each in the energy sector, said the Arab Petroleum Investments Corporation (Apicorp) in a new report.

The multilateral development bank focused on the energy sector published its latest research report today (June 12), which this month focuses on the performance of the different countries in the Mena region’s oil supply, in the context of regional geopolitics.

The report notes the effect of a number of geopolitical issues leading up to the second quarter of 2014, when crude supply began to overtake total demand resulting in an imbalance that reached 1.5 million barrels (mb/d) in 2015. This imbalance continued well into 2016 and 2017 - though narrowing - resulted in record levels of stock build.

Following the Arab spring that began in December 2010, supply in several Mena countries was severely disrupted, and coupled with Iranian sanctions, led to substantial losses from the region that contributed to a rise in oil prices. In Syria and Yemen, exports dropped to zero, whilst in Libya, output fell from above 1.5mb/d in 2011 to as little as 220kb/d by mid-2014. But high prices inevitably led to strong supply response, mainly from the US. With a contraction in global demand growth, the market became out of balance, leading to a steep decline in oil prices that saw Brent dip below $30 a barrel in January 2016.

The Organisation for Economic Co-operation and Development (OECD) commercial stocks increased from around 2,640mb/d in May 2014, to a peak of 3,110mb/d by July 2016. This caused prices to plunge and new measures to be implemented by Opec to rebalance the market, while different oil-based economy countries from across the region looked to invest more heavily in energy sources to overcome the oversupply.

In other parts of the region, investors have been more cautious. In the case of Libya, the improving production profile is not backed by a strong historical trend, having had an inconsistent production profile due to regular production outages caused by different factors including civil unrest and geopolitical tensions. While different operations in the country were hit, net output has improved after restarting the 330kb/d Shahara fields, with further increases expected following its $450 million acquisition of Marathon’s 16.3 per cent stake in the 300kb/d Waha consortium.

The report also finds that Iraq managed to continue increasing production even whilst battling so-called Islamic State, while Iranian output recovered following the lifting of sanctions, and Libyan production returned to 1mb/d this year for the first time since 2013.

Earlier this year, Iraq announced a revised capacity target with the aim of reaching 6.5mb/d by 2022. In the first quarter of 2018, the country’s rig count reached 58, 17 higher than the same period last year and has been the main contributor to Mena’s overall rig count.

Iran has a unique set of challenges to overcome, following the US’s decision to re-impose secondary sanctions. However, during the brief period when the sanctions were lifted, Iran managed to surprise by increasing output from 2.9mb/d in 2015 to 3.8mb/d today, surpassing pre-sanction levels of 3.6mb/d.

The report also finds that while the Opec+ production cut agreement has indeed benefited the market by stabilising it, the main concern has been outside Mena, particularly Venezuela and to a lesser extent Angola whose fields are maturing and nearing depletion.

In Venezuela - now widely seen as the highest risk to the oil market - production has not recovered since the end of 2014 when it stood at 2.4mb/d and has shrunk to reach 1.4mb/d as recently as Q1 2018, with the downward trend expected to continue. Production in the country is at a 30-year low. With high debt, rising inflation and deteriorating equipment and labour shortages, Venezuela’s production could see further output losses by year-end.

Mustafa Ansari, senior economist, said: “The situation that the market has found itself in is an interesting one. It has become apparent that the market is increasingly affected by a broader range of factors, and that the US shale industry cannot rebalance the market alone.

“As demand growth continues to outpace supply, we could see further stock withdrawals. And with Opec spare capacity expected to decline, especially if production cuts are eased, then the market will have a small buffer within which it can cushion itself against supply disruptions, leading to price hikes and higher volatility.

Ghassan Al-Akwaa, Energy Sector specialist at Apicorp, said: “Our report shows that supply from the Organization of the Petroleum Exporting Countries (Opec) increased by 3.85mb/d between the second quarter of 2014 and the end of 2016, with output only falling following the Opec+ agreement.

“This can mean only one thing: the oil industry is still thriving, and this is shown through different exporting countries – like Iraq and Iran – bouncing back from their different set of challenges stronger than any other time.”