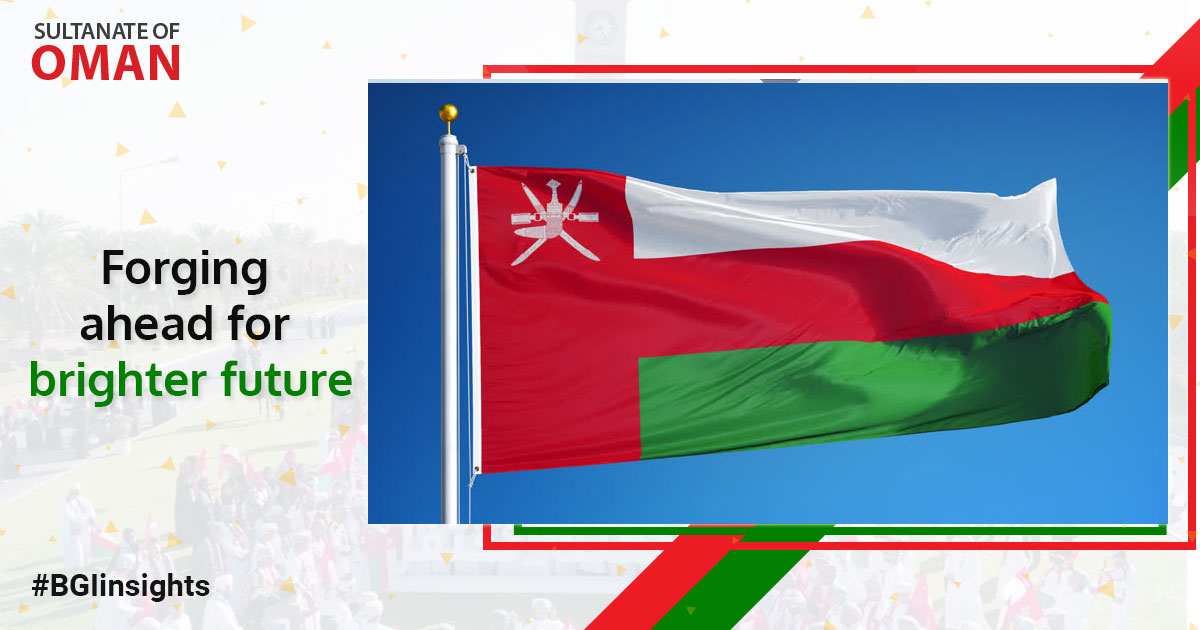 Oman on Monday celebrated its 48th anniversary of the launch of modern Renaissance, led by His Majesty Sultan Qaboos.

While July 23, 1970 was the beginning of a glorious era for building a better life for Omani citizens, the Renaissance enabled them to contribute to the nation’s progress and development.

Omani citizen has been the focus of attention in all the national development efforts, plans and programmes.

This was shown by His Majesty the Sultan.

As part of the comprehensive development process witnessed by the country, His Majesty the Sultan — when presiding over the meeting of the Council of Ministers in February — expressed his satisfaction and appreciation over government’s continuous efforts that have boosted the growth rate.

Since the dawn of the Renaissance, citizens have been involved in the process of development.
The decision is at the forefront of the interests and priorities of His Majesty the Sultan.
Citizens’ participation in national decision-making has strengthened the development process and contributed to the establishment of state institutions and law. This has also strengthened the values of partnership.

A joint meeting of the Council of Ministers and Council of Oman was held in May in this regard.

The State Council and the Majlis Ash’shura believe in the importance of constructive dialogue between executive and parliamentary institutions.

A fuel support system was implemented to reduce the financial burden on some sections of citizens whose monthly income did not exceed RO 600.

Last June, the Council of Ministers decided to expand the scheme by including citizens earning up to RO 950 a month. This will come into effect from August 1.

The Ninth Five-Year Development Plan (2016-2020) attaches great importance and priority to diversifying sources of income, including enhancing the role of private sector.

To further improve the business environment and accelerate implementation of “privatisation programme”, small and medium enterprises as well as logistics, tourism, fisheries and mining
were identified as promising economic sectors.

The plan to promote economic diversification via Implementation Support and Follow-up Unit is one of the national programmes underpinning the Ninth Five-Year Development Plan.

On the other hand, commercial operations at the new Muscat International Airport commenced on March 20. It has a capacity to handle 12 million passengers annually.

Regarding the foreign policy, His Majesty’s vision, a policy with wisdom and foresight, has made Oman a “security oasis”. Oman has spared no effort in working towards ending wars and confrontation and restoring peace, security and stability throughout the Arab region and the Gulf.

Since taking office in 1970, His Majesty the Sultan has established a clear foreign policy based on the principles of truth and peace, cooperation and dissemination of a culture of tolerance and peace, and extending the hand of friendship, cooperation and understanding to all countries.

The policy swears commitment to the principles of dialogue to overcome and resolve any differences through peaceful means.

It is of profound significance that His Majesty the Sultan and Chinese President Xi Jinping decided on May 25 to establish a strategic partnership between the Sultanate and China to achieve common and mutual interests of the two countries.

As Oman’s development march enters its 49th year with confidence and pride and is looking forward to a brighter and better future, Oman, as a whole, expresses gratitude and loyalty to His Majesty Sultan Qaboos and prays to the Almighty God for His Majesty well-being.