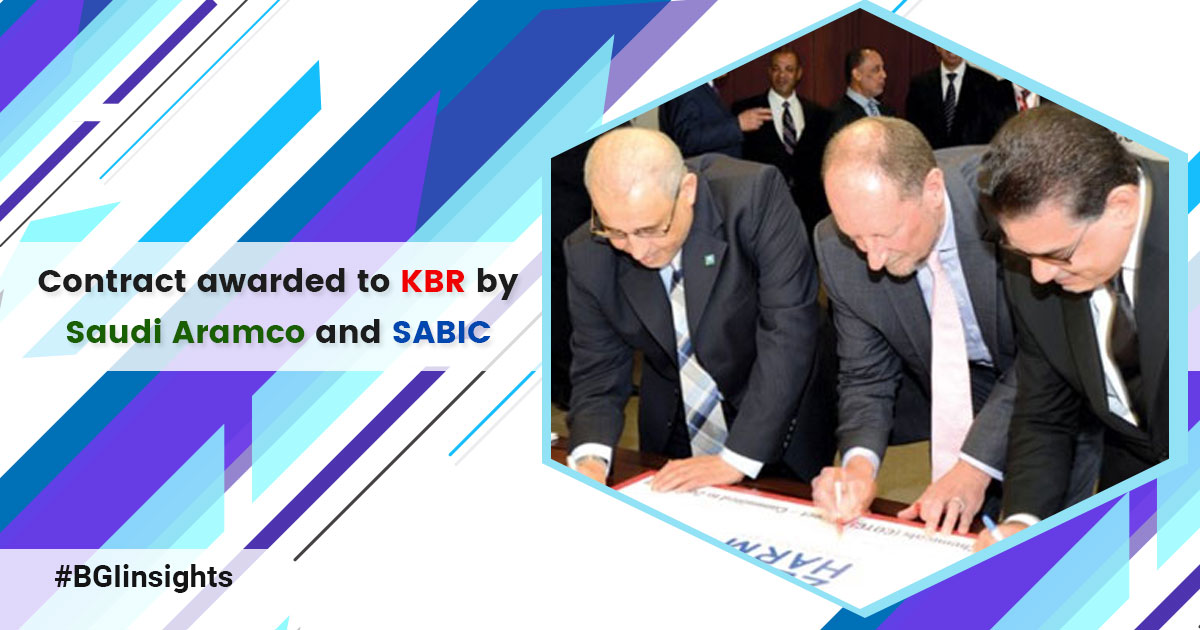 Saudi Aramco and the Saudi Basic Industries Corp (Sabic), which are partnering in a crude oil to chemicals (COTC) project, have awarded a contract to US-based KBR, a global leader construction, to develop a part of the COTC complex.

KBR will provide the front-end engineering and design for the downstream petrochemicals and chemicals component within the COTC master complex. The scope includes engineering studies, infrastructure planning and development for both of the polymer and glycol units, along with the aromatics complex, the COTC master plot plan, and offsite utilities.

The KBR project management contract is the second that Saudi Aramco and Sabic have awarded for the COTC project. Wood, also a leading project management and engineering firm, was granted the first contract to provide engineering and design for the refining components, mixed feed steam cracker, on-site utilities, interface and site integration, and selection of technology providers.

“We are counting on the long-standing relationship between Saudi Aramco and Sabic on one side, and KBR on the other, to develop this preliminary engineering package for the world-class complex,” said Fahad E Al Helal, vice president of Project Management.

A recently-held kickoff meeting included a ceremonial signing of a safety pledge by senior leadership and project team members from all three companies.

Dubbed “Zero Harm”, the KBR safety programme engages project sponsors and team members at all levels to commit to a 24/7 safety mindset — one that never waivers and can never be compromised.

The KBR leadership members expressed their appreciation to Saudi Aramco and Sabic for the partnership, and further acknowledged the pivotal role KBR will have in the COTC project.

Bradie said: “We are excited about the opportunity to continue our proud legacy in the Kingdom of Saudi Arabia, delivering giga-projects such as COTC."

KBR was also a major partner in development of the Sadara Chemical Project. Jay Ibrahim, KBR president of engineering and construction, Mena, noted: “Through this contract, we will continue our commitment to meeting the objectives of both the in-Kingdom local content and Vision 2030 programmes.”

Basil A Abul-Hamayel, ASC president and CEO, said: “We are excited about the COTC project, and its enormous potential to make such a positive impact. The ASC team will continue to give its full support to the project management team to help ensure success."

With start-up in 2025, the fully integrated COTC complex is on track to become the largest of its kind in the world. It will become a major contributor to Saudi Vision 2030, enabling a new era of industrial diversification, job creation, and technology development in the Kingdom.