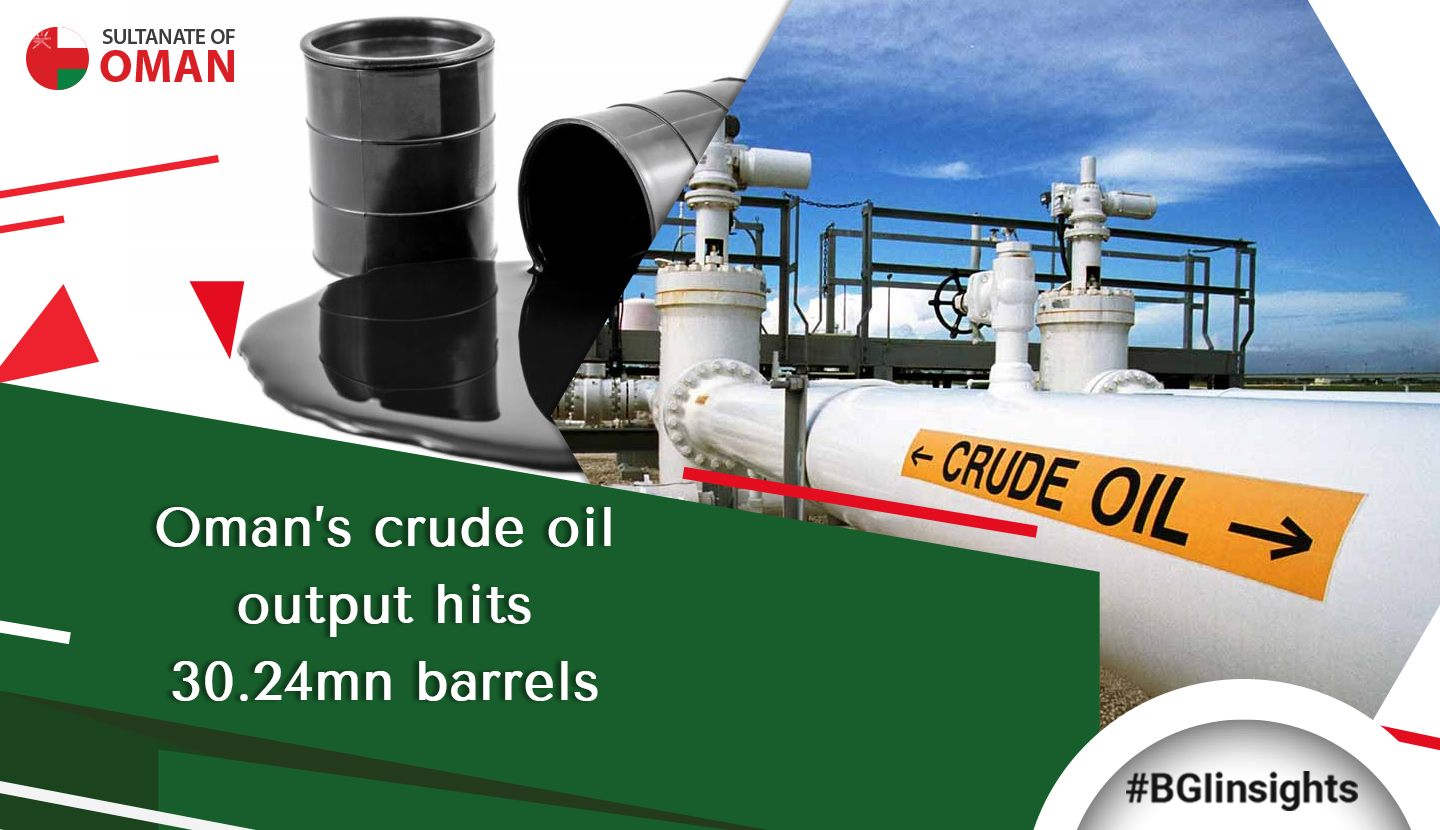 The monthly report issued by the Ministry of Oil and Gas (MOG) indicated that the Sultanate’s production of crude oil and condensate throughout July 2018 amounted to 30.24 million barrels, with a daily average of 975,500 barrels.

The total exported quantities of Oman crude oil during July 2018 has reached 24.08 million barrels, with a daily average of 776,800 barrels.

On the other hand, the July imports were marked by the return of demand for Omani crude to buyers in South Korea and Myanmar.

The crude oil prices have witnessed a fallback during July 2018 futures trading compared with June 2018 for the major crude oil benchmarks around the world.

The average North Sea Brent mix at the Intercontinental Exchange (ICE) in London reached US$74.95 per barrel, down by US$0.99 only compared with previous month's trading.

While the average price for West Texas Intermediate (WTI) crude oil at the New York Mercantile Exchange (Nymex) amounted to US$69.50 per barrel, higher by US$2.36 compared with June 2018.

With the same trend, the average price for Oman crude oil futures contracts at the Dubai Mercantile Exchange (DME) witnessed a price drop by 0.6 per cent compared with previous month. The official selling price for Oman crude oil during July 2018, for the delivery month of September 2018, settled at US$73.17, lower by US$0.44 only compared with June trading prices. The trading price ranged between US$76.11 per barrel, and US$69.71 per barrel.

The crude oil prices’ down trend through July 2018 was attributed to several factors that negatively affected the prices, including the production hikes in Saudi Arabia and Russian after the meeting of the Organisation of the Petroleum Exporting Countries (Opec) with non-member producers in June, which resulted in a decision to gradually ease the group’s production in order to balance the supply and demand of global crude oil.

Also, the oil markets have been squeezed by the escalating trade dispute between the United States of America and China. Where these trade tensions threaten the volume of China's import of US crude oil.

In addition, Libya reopened some of the closed oil ports, which raised the market expectations of the growth of oil supplies. The negative trend in oil prices also harmed by the rise of the dollar exchange rate, which leads to the weakening of other commodities priced in the US currency, such as crude oil.