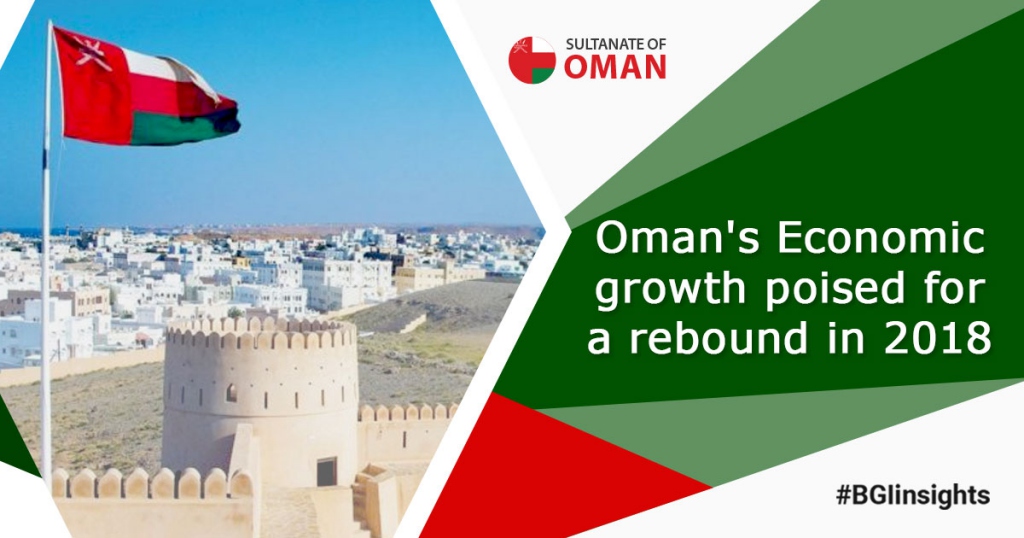 On back of higher than budgeted oil prices this year and benefits from the government’s diversification policy, Oman’s economy is well poised for a rebound in 2018, the Central Bank of Oman (CBO) has said.

The financial stability report released by CBO on Thursday indicated that improvement in oil prices provided a much needed relief to the sultanate’s economy as both current account and fiscal deficits showed marked improvement, while nominal GDP firmed up.

The central bank noted that the sultanate’s fiscal and economic reforms need to continue to ensure sustainable economic growth. While acknowledging challenges faced by the economy, including twin deficit and rise in public debt, the CBO report asserted that the financial stability in the sultanate remained intact and Oman continues to maintain sufficient foreign exchange reserves to back its fixed-exchange rate regime.

Following the slump in oil prices, Oman set off the process of fiscal adjustment along with other economic reforms including a renewed focus on diversification. ‘While the recent recovery in oil price is a welcome development, the downside risks from twin deficit and oil price volatility remain.

These risks, along with rising public debt, validate the efforts being exerted by the government to fast track the economic and fiscal reforms agenda’, the report said.

‘While financial stability remains high on our agenda, I am pleased to note that we are on track in ensuring that financial constraints are not a drag on the growth or diversification drive’, H E Tahir bin Salim al Amri, executive president of the CBO said in the report.

He added that during these challenging times, striking the right balance between financial stability and growth would continue to guide the policy making at CBO.

The CBO report noted that Oman’s banking sector has been showing remarkable resilience to the tightening of operating conditions since the severe oil price shock. ‘Banks maintained sufficient capital buffers, remained fairly liquid, and posted decent profits. The credit growth slackened in sync with the economic growth, while the credit risk is well-contained. Our stress tests indicate low solvency and liquidity risks for the banking sector in the face of severe shocks’.

The central bank said that Basel III implementation is on schedule, whereas, industry consultations on bank resolution framework are underway. It said a new payment systems law has been promulgated that gives CBO a clear mandate to oversee and regulate all aspects of payment system. ‘To further boost consumer confidence in the banking sector, we have plans to step up our focus on consumer protection and business conduct in the coming period’, CBO added.