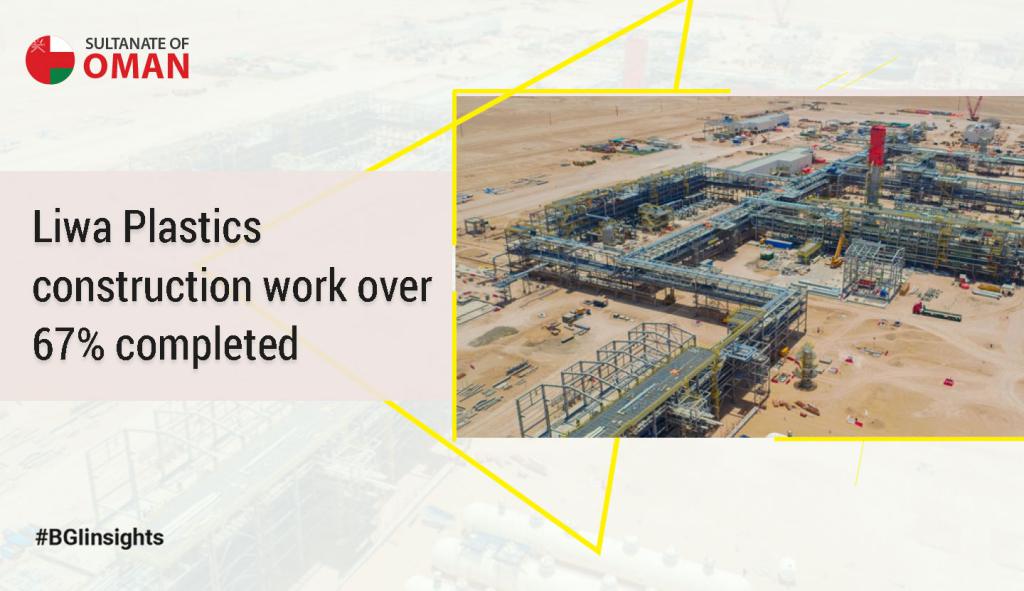 The Omani Refineries and Petroleum Industries Company (Orpic) confirmed that the construction work in Liwa Plastics Industry Project has exceeded the 67 per cent barrier in all four project packages.

The total value of the project is $6.7 billion, with $1.5 billion being allocated as an added domestic value. The engineering, procurement and construction activities of this project extend over a period of 4 years until its launch in 2020, which will add greater value to the local value of the Oman through the efforts of the local value added management team at Orpic, which works together with key contractors for the four project packages.

Plastic production in the Sultanate is expected to rise after the operation of the Liwa Plastic Industries Complex at a rate of more than 2 million tonnes, which raises the production of Orpic of polypropylene and polyethylene to 1.4 million tonnes.

Through its operations in its integrated complex in Sohar, which includes refineries, aromatics plant, steam cracking unit, polypropylene and polyethylene plants, Orpic will become one of the most effective companies in the merger refineries and petrochemical industries in the world, which will enable the company to achieve the maximum value of the Sultanate’s production of hydrocarbons.

Dr. Hilal bin Abdullah Al Hinai, Director General of Support Services at Orpic said that the project will provide the labour market with more job opportunities, training and supporting small and medium enterprises through many local contracts, business opportunities and tenders offered by the project packages as those institutions guarantee 10 percent of the total contracts and tenders in the field of materials and raw materials.

He added that Orpic’s Local Value Added Strategy aims to support business development and human resources development, in addition to stimulating productivity in the service of the national economy by maintaining the maximum value within the Sultanate as the company achieved $93 million by supporting more than 500 small and medium-sized enterprises in the Sultanate.