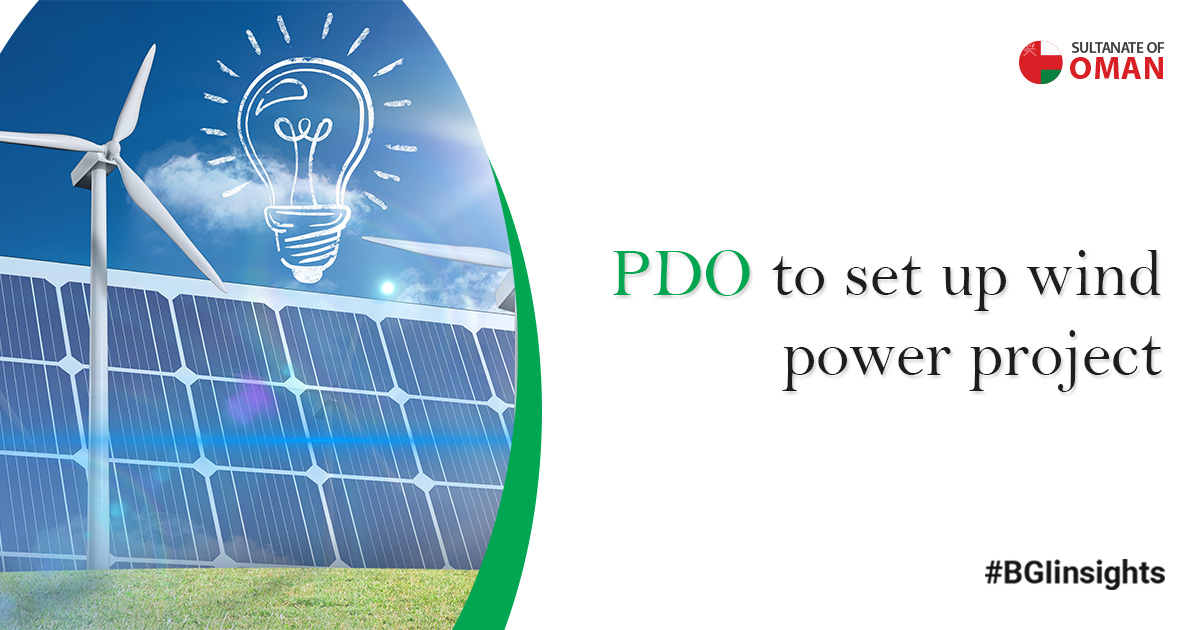 As a part of its efforts to focus more on renewable energy resources to reduce dependence on fossil fuels in oil exploration, Petroleum Development Oman (PDO) is looking at setting up a large wind farm project.

PDO over the past few years has taken various initiatives to promote the usage of renewable energy particularly solar to reduce the consumption of natural gas in generating steam, which is extensively used in extracting difficult or heavy oil.

“We are studying wind options in south of the country. We may not call it large but it will be to the tune of 30MW to 40MW size,” PDO’s managing director Raoul Restucci told Muscat Daily on the sidelines of an event earlier this month.

He said, “It is for the first time that PDO is going for installing a wind project of this scale. Earlier we had worked in collaboration with some smaller players to gain some understanding of wind projects. After gaining some experience, we launched a feasibility study and now we are in the advance stage of that feasibility study. At this stage, we are measuring various data, a key step before planning anything.”

Restucci said in the next 12-16 months time, PDO might get enough data to go for a formal proposal in form of request for qualifications. On investment for the project, he said it is difficult to estimate expenditures required for setting up a project of this kind in a remote location within PDO’s concession area. Besides this, many things will depend on the type of response PDO gets for the project.

“We get very competitive rates for renewable energy projects based on photovoltaic cells, but don’t know whether we will be able to replicate the same in wind-based projects,” Restucci said.

On PDO’s capital expenditure plan for 2019, he declined to comment whether it will be more than US$4bn earmarked for the current year but said, ‘what really matters is doing more with less money’.

“Around ten years ago, we were spending between US$8bn-US$10bn but now spending around US$7bn-US$8bn. But we are doing much more with much lesser expenses. Huge increase in activities are happening at much lower costs,” Restucci added.