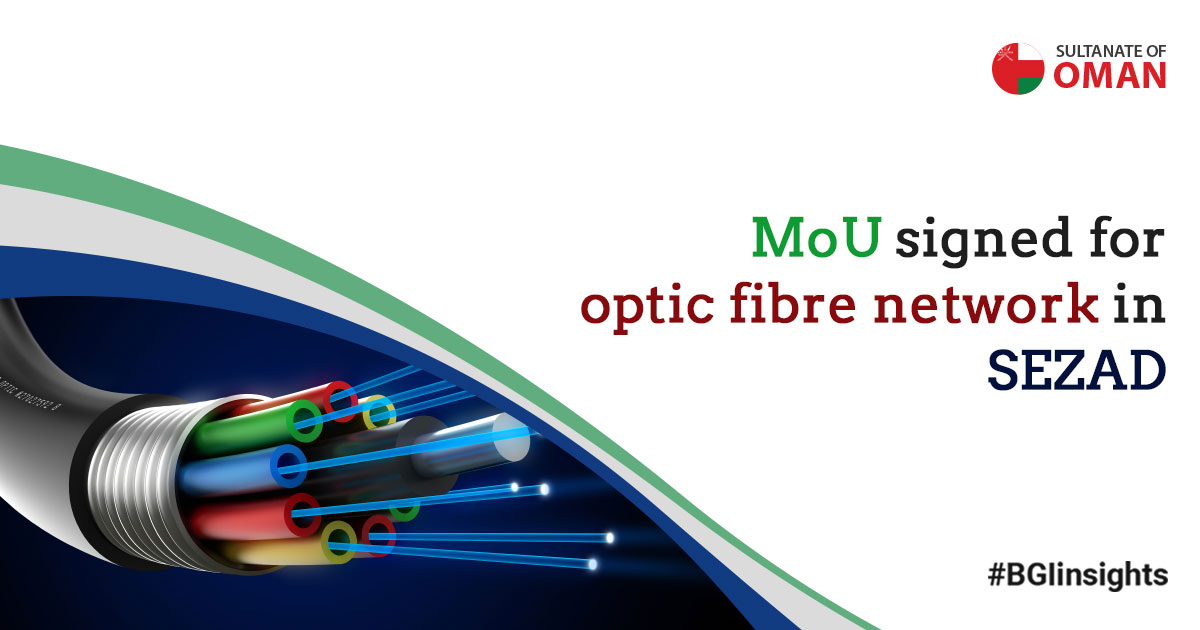 The agreement was signed by Yahya bin Said al Jabri, SEZAD Chairman, and Said bin Hamdoon al Harthy, Under-Secretary of the Ministry of Transport and Communications for Ports and Maritime Affairs, Chairman of the OBC Board of Directors.

The signing of the MoU crowns the government’s trends to implement the national broadband strategy. As per the MoU, OBC will provide institutions with high speed data transmitters.

“The services provided by OBC to SEZAD comes as a bid to keep pace with the development and growth witnessed by SEZAD due to the many projects implemented in the zone. The services will help companies and investors to get faster and better quality communication and Internet services,” said Saleh bin Hamoud al Hassani, Director-General of the Investor Services in SEZAD.

“The MoU comes within SEZAD’s plans to set up what is called ‘smart cities’ as the broadband services will accelerate the provision of communication and Internet services in SEZAD,” he added.

Majid bin Amer al Kharousi, OBC Director-General, said the MoU crowns the government’s efforts related to expansion of the optic fibre network in the various wilayats and governorates. Since its establishment in 2014, OBC has deployed optic fibre network for its individual and corporate customers. He pointed out that OBC will study the site that should be expanded at SEZAD and necessary measures will then be initiated to expand the network in SEZAD.