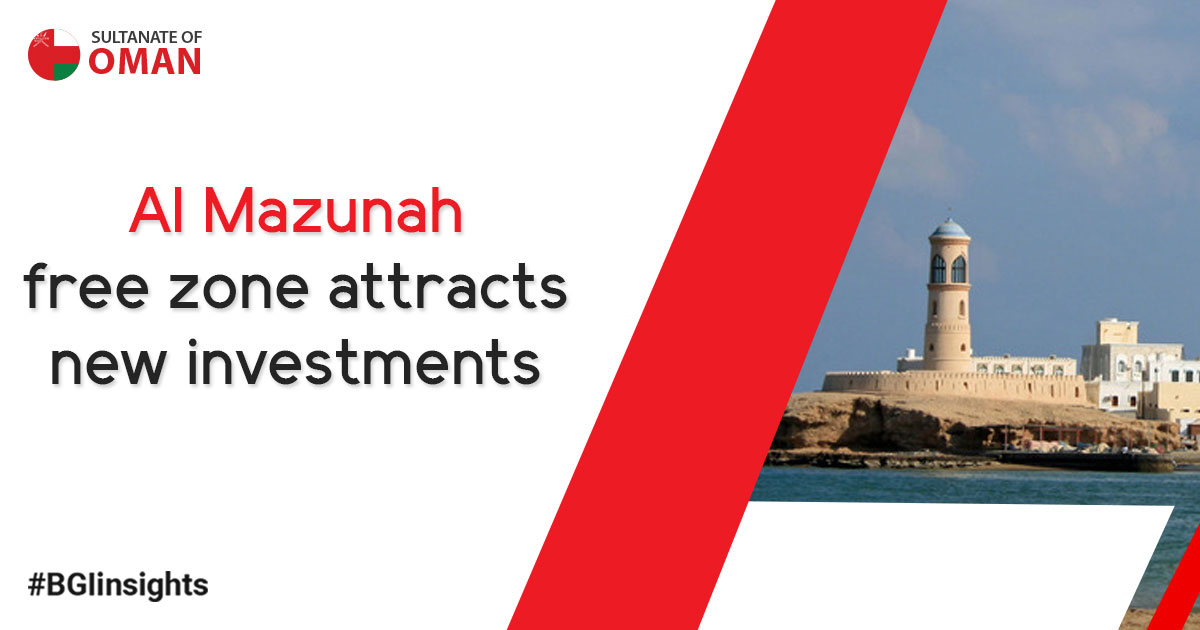 The number of units in operation within Al Mazunah Free Zone, which is part of the Public Establishment for Industrial Estates (Madayn), has grown to 197 by the end of November 2018, according to Said bin Abdullah al Balushi, supervisor of business processes in the free zone.

“Al Mazunah Free Zone has received 46 new investment applications which are currently under review and study,” Al Balushi said, adding “The free zone has contributed to the formation of Small and Medium Enterprises for the citizens in the Wilayat of Al Mazyunah.

Around 14 SMEs were established in the fields of import, export, shipping, unloading, construction, hospitality and public services. Additionally, the free zone has provided 60 job opportunities for the national cadres in the operating body of the free zone, investing companies and the developer Golden Hala Company.”

Al Balushi added that Madayn is currently working on a number of projects including phase one of developing the free zone (second package), phase two, transmitting electricity to the leased companies (cables and transformers), and the broadband project.

As per the electronic system adopted by Al Mazunah Free Zone to manage the movement of exported and imported goods, the volume of imported goods to the free zone has touched 155666 tonnes by the end of November 2018.

Besides, the number of imported vehicles, machinery and equipment has amounted to 7739 during the same period.

“Madayn undertakes constant efforts to promote Al Mazunah Free Zone among investors through organising several events that highlight the available investment opportunities in the free zone and the role played by its strategic location in contributing to the regional and international trade and investment movement,” Al Balushi stated.

Al Mazunah Free Zone was established under Royal Decree 103/2005 to operate under the management of the Public Establishment for Industrial Estates. The strategic location of the free zone on the border of the Sultanate and Yemen makes it the Gulf gateway for transit trade to Yemen and Eastern Africa.