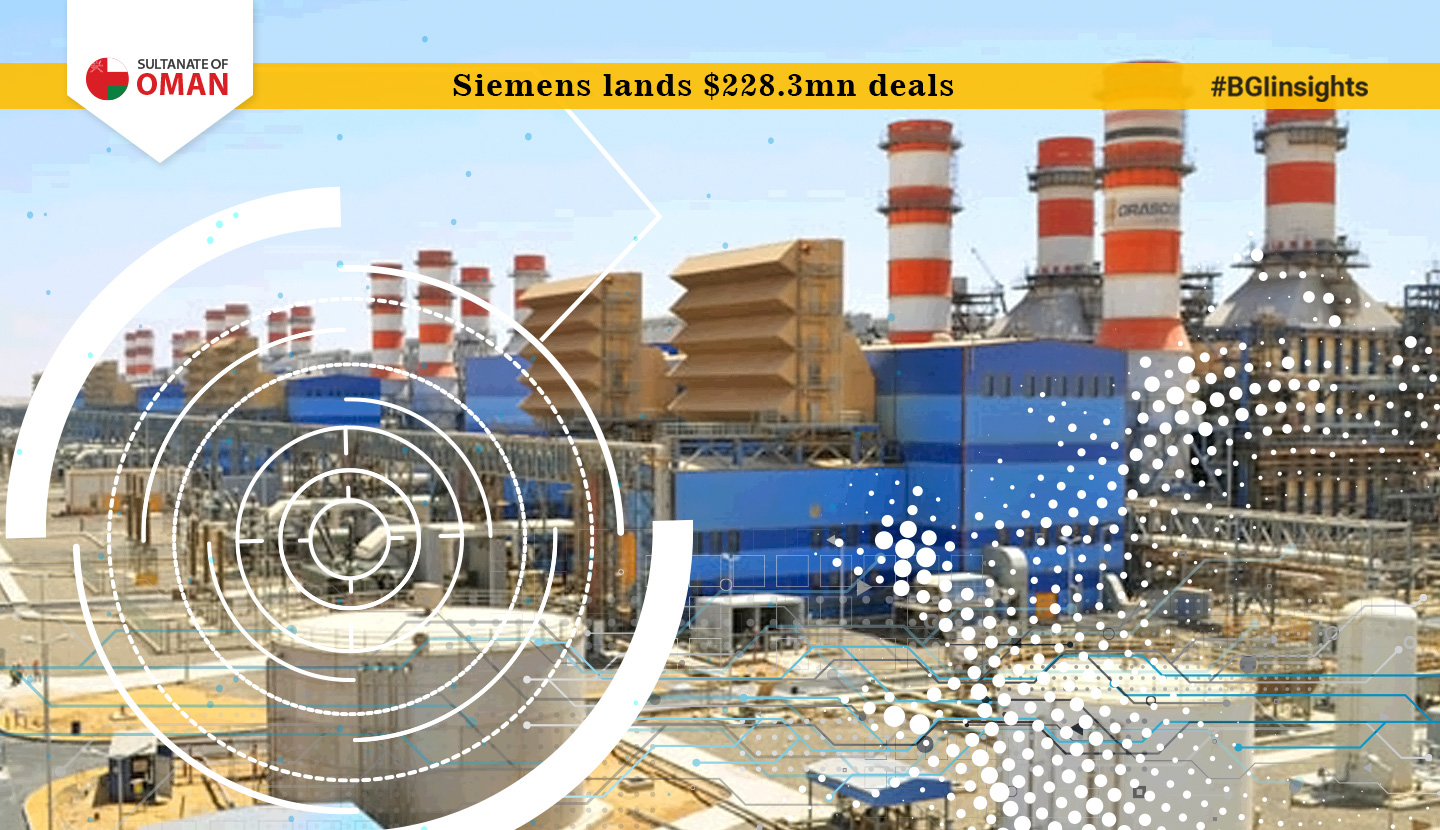 Global technology giant Siemens said it has secured a contract from the Oman government for supply of gas and steam turbines, long-term power generation services and digital solutions at its Duqm Integrated Power and Water project (DIPWP).

The total order volume of the contract was in the range of a €200 million ($228.3 million), thus representing Siemens’ largest contract in the sultanate, said a statement from Siemens.

Spanning a period of 25 years, the service contract for the project, marks also one of the company’s longest contracts in the oil and gas sector globally.

Following completion of the project in 2022, DIPWP will have an installed generating capacity of 326MW in combined-cycle duty and 36,000 cu m of desalinated water for Duqm refinery and petrochemical facilities per day, it stated.

According to Siemens, the plant is set to meet the requirements of the new refinery and petrochemical complex under development at the Duqm Special Economic Zone in Oman, thus complementing the country’s economic diversification plan and focus on building up its industrial sector.

Engineer Abdullah Al Hashimi, the project director of DIPWP, said: "Oman aims to build a robust and diversified energy system that can support its long-term, sustainable economic development. We are committed to supporting the country in realizing this vision with projects that set new standards in efficiency and reliability, and can serve as blueprints for other national and regional projects."

"We are pleased to partner with Siemens on this significant project that will support the industrial zones in the country while preserving natural resources," stated Al Hashimi.

“This is the biggest order ever Siemens achieved in Oman for medium-size gas turbines and the first one in Oman for our SGT-800. Currently, Siemens supports the generation of more than half of Oman’s power supply, enabling the country to optimize gas consumption,” said

Jean-Claude Nasr, the senior executive VP, Power Generation at Siemens (Middle East and North Africa) said:
“Siemens reiterates its firm commitment to continue its support to the growing Omani market with focus on the expansion of localization and Omanisation in the long term, strengthening the country’s economy and creating more jobs for the Omanis."

Siemens has been operating in Oman since 1972. Today, the company is actively supporting the Sultanate’s diversification plan and executing several key projects in different sectors.

The company is actively supporting Oman’s long-term economic growth through the application of technology in the fields of electrification, automation, and digitalization along with the proactive transfer of knowledge and technical expertise, she stated.

“We are looking forward to contributing further to Oman’s long-term energy and water strategy, in a sustainable manner,” she added.