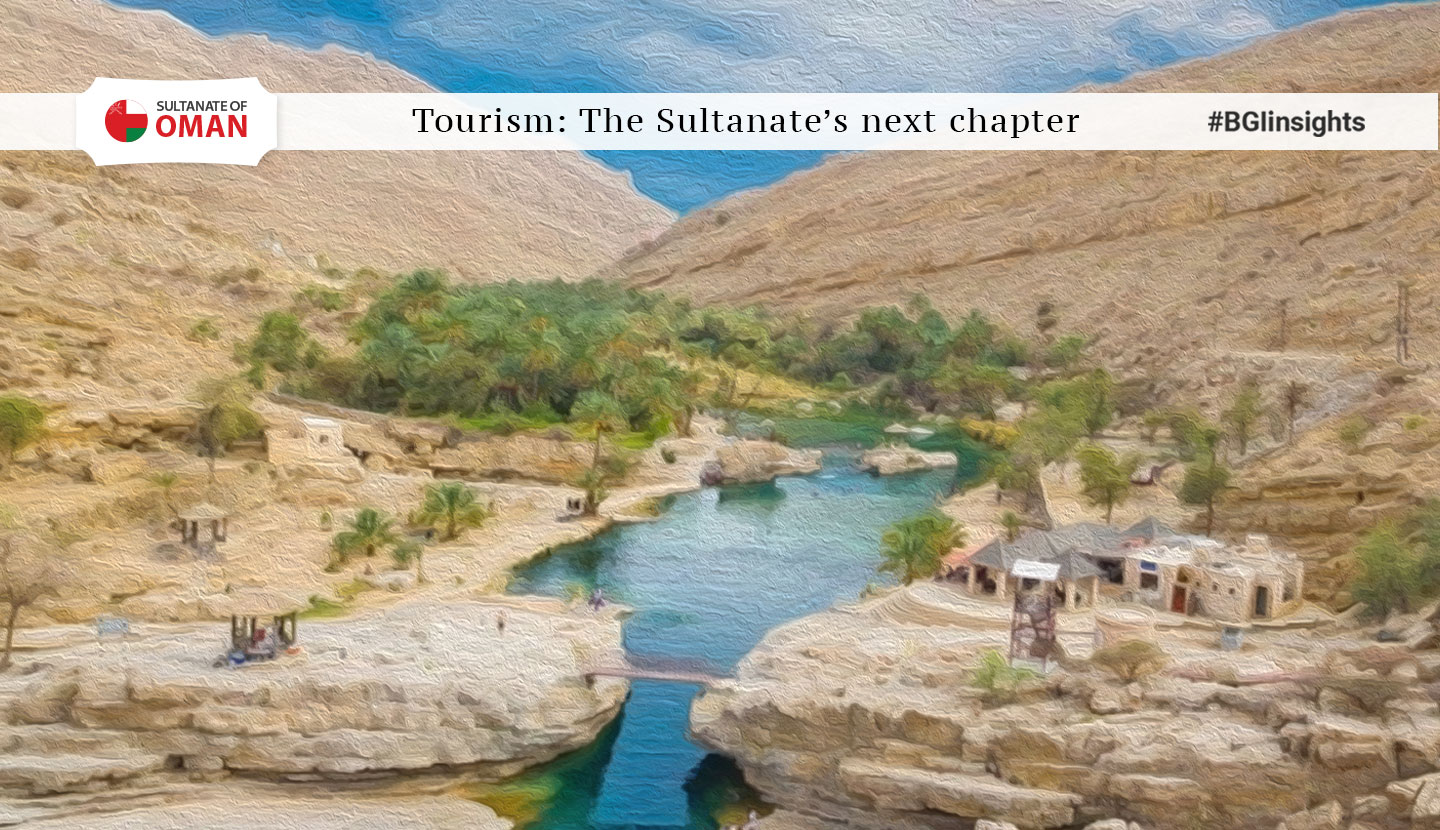 Oman’s tourism industry appears to be closely linked to the country’s long-term vision for economic growth and development—particularly in the wake of a national diversification programme. According to the recently announced State Budget 2019, non-oil revenue is showing an increased contribution to Gross Domestic Product (GDP)and tourism’s contribution to GDP is forecast to increase from 2.6 per cent in 2017 to 6 per cent by 2040.

Due to volatility in oil prices, the government has had to balance expenditures within anticipated revenues while keeping the deficit at a sustainable level. The Oman State Budget aims to allocate sufficient funds to strategic infrastructure projects, as well as maintain infrastructure and continue to push for economic diversification by enhancing participation of the private sector.

The focus is to improve the investment climate, promote public-private partnerships and offer support to small and medium enterprises by assigning a share of government projects to such entities. These investments could positively impact travel and tourism—as it continues to remain one of the most important economic sectors worldwide, contributing 10.4 per cent to global GDP, and supporting nearly 1 in 10 jobs, according to the World Travel and Tourism Council (WTTC).

Tourism is also one of the fastest growing industries in the world and offers tremendous socio-economic benefits. It promotes Foreign Direct Investment (FDI), stimulates the development of local economies and, last but not least, helps establish sustainable and long-term businesses that benefit many generations.

In this regard, Oman is fortunate to be blessed with a rich history and numerous natural and cultural assets. Naturally, this has fueled growing investments in the sector, which is expected to generate more than half a million jobs by 2040.

The Government of Oman is welcoming partnerships to develop the country’s tourism economy even further in 2019. As part of the government’s efforts to achieve economic diversification, the 2019 budget approves allocations for the five sectors targeted by the National Programme for Enhancing Economic Diversification (also known as Tanfeedh) including manufacturing, logistics, tourism, fisheries and mining.

Investments in tourism are being driven by joint ventures from large overseas companies such as Majid Al Futtaim, which owns and operates shopping malls, retail, and leisure establishments in the Middle East and North Africa. The Oman Tourism Development Company (Omran)has partnered with Majid Al Futtaim to develop an OMR5billion new mixed-use development in Muscat called Madinat Al Irfan or “City of the Future”.

Dubai-based property developer Damac has also signed a joint venture with Omran to develop the US$2 billion Mina Al Sultan Qaboos waterfront project which aims to transform one of the country’s oldest ports into a retail, entertainment and lifestyle destination. The transformation into a lifestyle destination is part of the ongoing vision to develop the city into a thriving economic hub.

These initiatives show that the ambition and assets to take Oman’s tourism sector to the next stage of growth and evolution exist, with a steady portfolio of projects in the pipeline which could help fulfil the country’s 2040 Tourism Strategy to attract 11 million tourists by 2040. It also aims to attract private sector investments to the tune of OMR1.8 billion, as well as increase added value in the tourism sector to OMR1 billion under the Ninth Five-Year Plan by 2020.

The Ministry of Tourism has eased tourist visa policies in the last few months, including allowing tourists from Russia, China, India and other countries, to obtain a non-sponsored visa for Oman. The Royal Oman Police also introduced a new e-visa scheme in March 2018 to simplify booking travel visas for visitors, hotels and tour operators.

These visitors are now either arriving or transiting through a world-class airport with the capacity to handle 20 million passengers a year. The refurbished Muscat International Airport is the hub of a national carrier with a growing network in the Middle East and beyond. In addition to this, hotels are expanding capacity as they get ready to host even more visitors in 2019.

The challenge now is for Oman to fully realize the potential of what it already has and bring together key stakeholders to fulfil a common vision. Tremendous momentum has already been built over the past five or six years around tourism—it has now become a key pillar to secure Oman’s future, and steer the country towards a new era of social and economic progress.