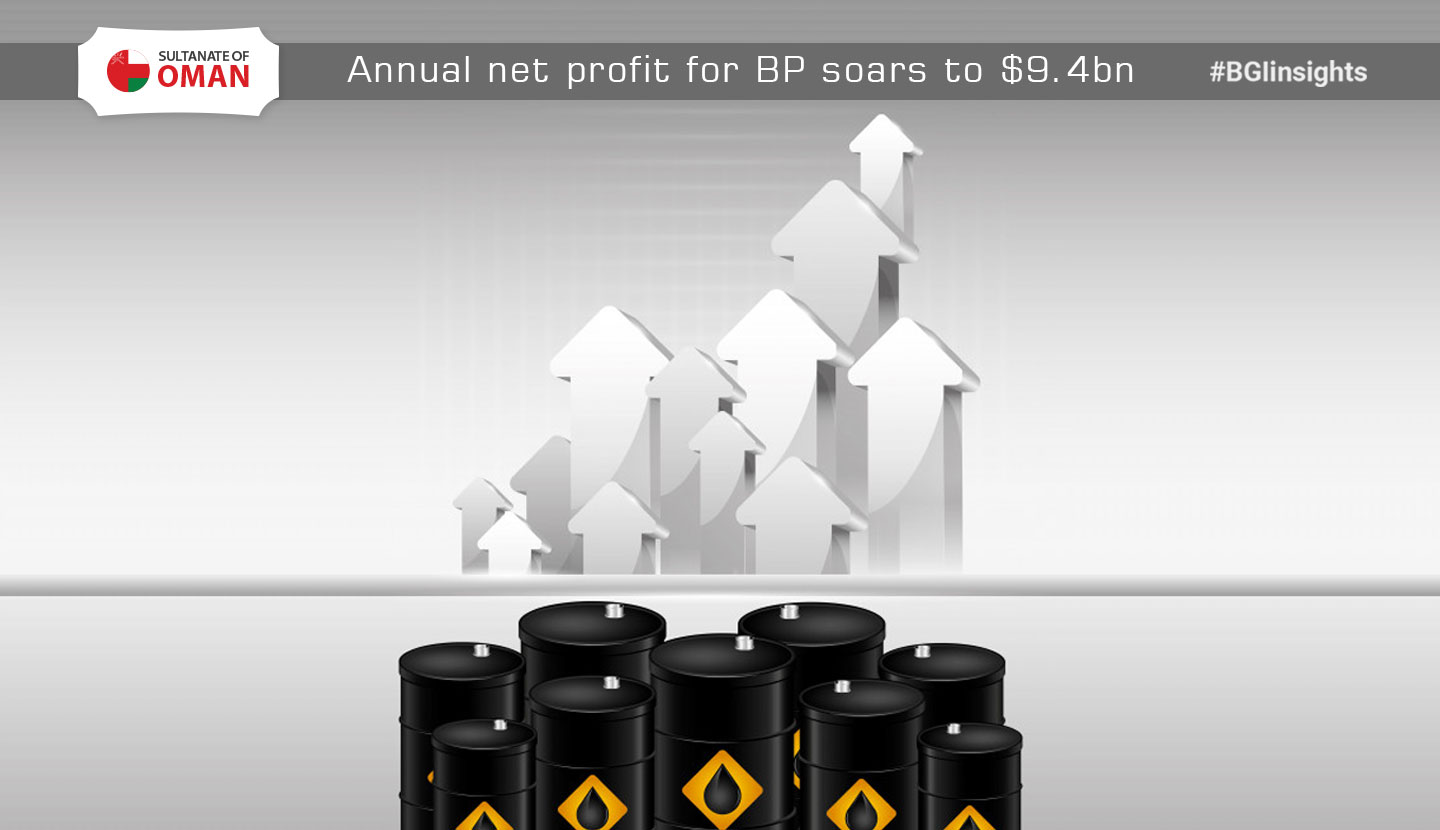 Profit after tax rocketed from $3.4 billion in 2017, "primarily affected by higher oil prices and favourable foreign exchange" rates, BP said in a statement.

However it was well down on 2018 third-quarter net profit of $3.35 billion, which was fuelled by surging oil prices before they cooled approaching the new year.

"And we're doing this while growing the business -- bringing more high-quality projects online, expanding marketing in the downstream and doing transformative deals such as BHP," he added in the statement.

In 2018, the world's biggest miner BHP sold its US shale oil and gas operations to BP for $10.5 billion.

Oil prices meanwhile surged in the latter part of 2018 on tight supply concerns but have since fallen back sharply, in line with volatility seen across financial markets.

BP on Tuesday added that its full-year production of oil and gas grew 2.4 per cent to 3.7 million barrels per day.

It said that 2019 output was expected to be higher thanks to major production projects.

"The actual reported outcome will depend on the exact timing of project start-ups, acquisition and divestment activities, Opec quotas and entitlement impacts in our production-sharing agreements," BP said.

Also last year, BP took a further hit of $3.2 billion in financial costs linked to a deadly explosion on a BP-leased drilling rig in 2010 that unleashed the worst environmental disaster in US history.

It expects a further charge of $2.0 billion this year, taking BP's total bill so far for the Gulf of Mexico catastrophe to around $70 billion.

Following Tuesday's update, shares in BP jumped 3.44 per cent to 538 pence, topping London's benchmark FTSE 100 index, which was up 0.8 per cent overall.

"Numbers from BP paint a picture of a company operating above expectations across all of its businesses," noted Michael Hewson, chief market analyst at CMC Markets UK.

"The decline in oil prices in the fourth quarter, from four-year peaks of $85 a barrel saw profits decline slightly from the lofty levels" in the previous quarter, he added.

"Global oil majors are performing strongly at present, but these numbers from BP are superlative," said Richard Hunter, head of markets at Interactive Investor.

"The Gulf of Mexico spill surprisingly still gets a mention... although the figure is beginning at last to dwindle."