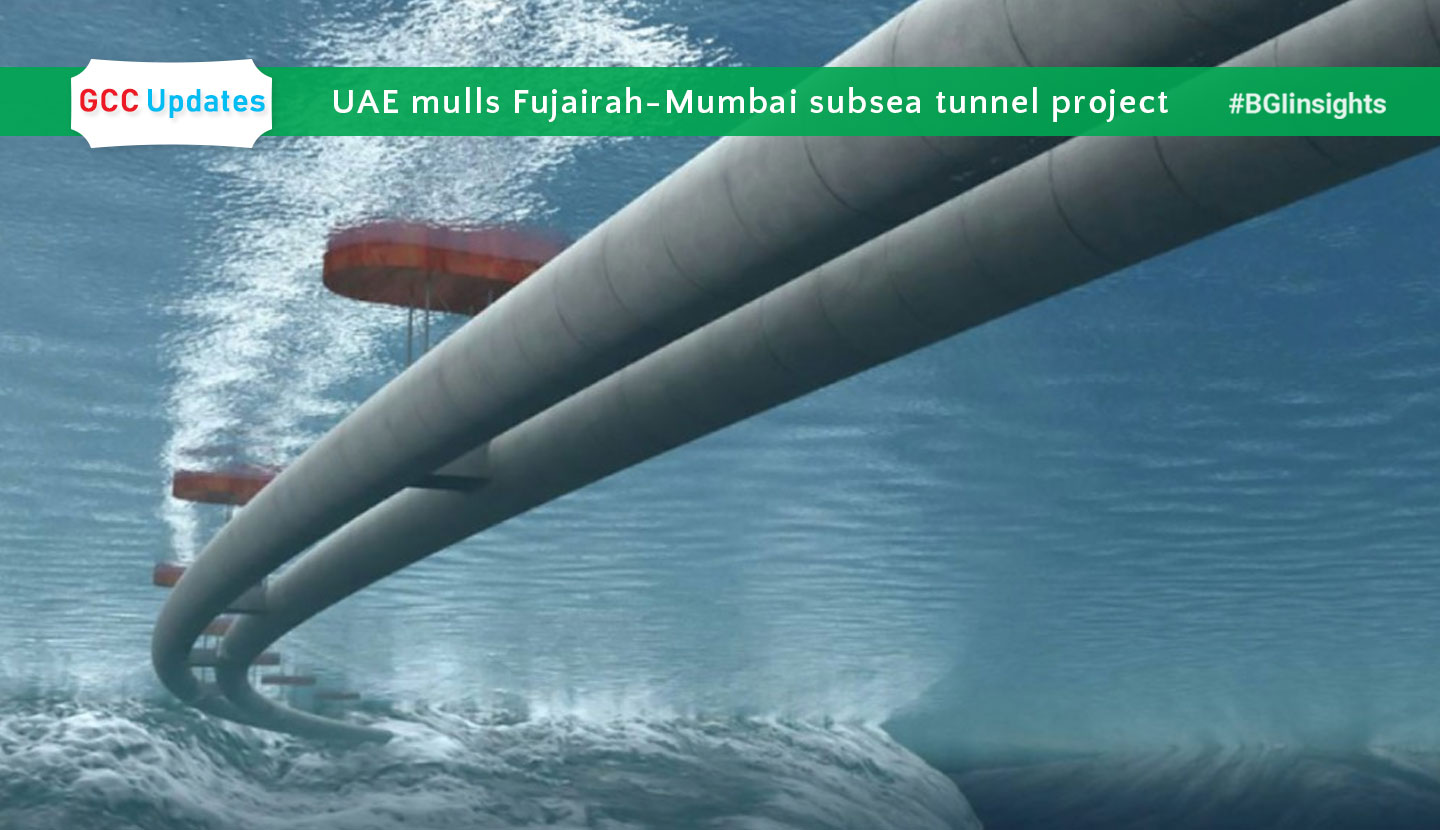 The UAE’s National Advisor Bureau, a consultancy firm based in Masdar city in Abu Dhabi, has announced its latest futuristic project - The Fujairah-Mumbai Subsea Tunnel Project.

It aims to connect the UAE and other GCC countries for the first time with Mumbai, India, via a subsea tunnel and an ultra speed 1,000 km/hour subsea railway line.

The concept of the tunnel is based on well-known technology applied to floating bridges, offshore structures and immersed tunnels, said a top official of the Bureau.

“The project, which is currently at the concept stage, is meant to connect the UAE and the other GCC countries for the first time with India via a subsea tunnel and an ultra speed subsea railway line, with the aim of improving the bilateral trade between the two nations," remarked Abdulla Alshehhi, managing director of the National Advisor Bureau.

The floating underwater tunnel may consist of two curved concrete tubes, submerged below the surface of the Arabian Sea. The submerged tubes would be stabilised by being attached to pontoons on the surface of the sea or by vertical tethers to the sea floor, he explained.

"Provision can be made for enough gaps between the pontoons to allow ships to pass through. The tubes would be placed underwater, deep enough to avoid water traffic and weather," stated Alshehhi.

The tunnel would be a watertight, resisting the salty sea water, and should be able to withstand the hydrostatic forces upon it, he pointed out.

Creating a vacuum inside the tunnel will result in tremendous speed for trains due to the minimal air resistance, he added.

The main expected benefits from the project are:
•Transportation of passengers, tourists and workers between the UAE (as well as other GCC countries) and India;
•Export oil and gas from Fujairah Port to India via a pipeline and possibly China and Pakistan;
•Import water from Narmada River, north of Mumbai to the UAE (it is well noted that the Narmada River is flooding during monsoon season; excess water may be exported to the UAE);
•Transport goods and commodities between the two nations;
•Supply bunker fuel to ships passing between the floating pontoons via a floating bunker fuel station

Alshehhi, while quoting Mahatma Gandhi, India's independence leader and a global icon of peace and non-violence, said: "in a gentle way, you can shake the world."

"This ambitious project will surely shake the way we travel between continents," he added.

Future expansion may include the One Belt One Road Initiative, linking the China-Pakistan Economic Corridor at Gwadar Port with the UAE (and other GCC countries) via Fujairah Port to complement the Chinese Silk Road.

The train stations in the future may also include the port city of Karachi in Pakistan and Muscat, the capital city of Oman.

The Bureau is also planning to make provisions for a road to be constructed within the floating tunnel for cars and truck transportation as well as a floating hotel, shopping centres and fuel stations in the middle of the Arabian Sea, where commuters can rest and shop.