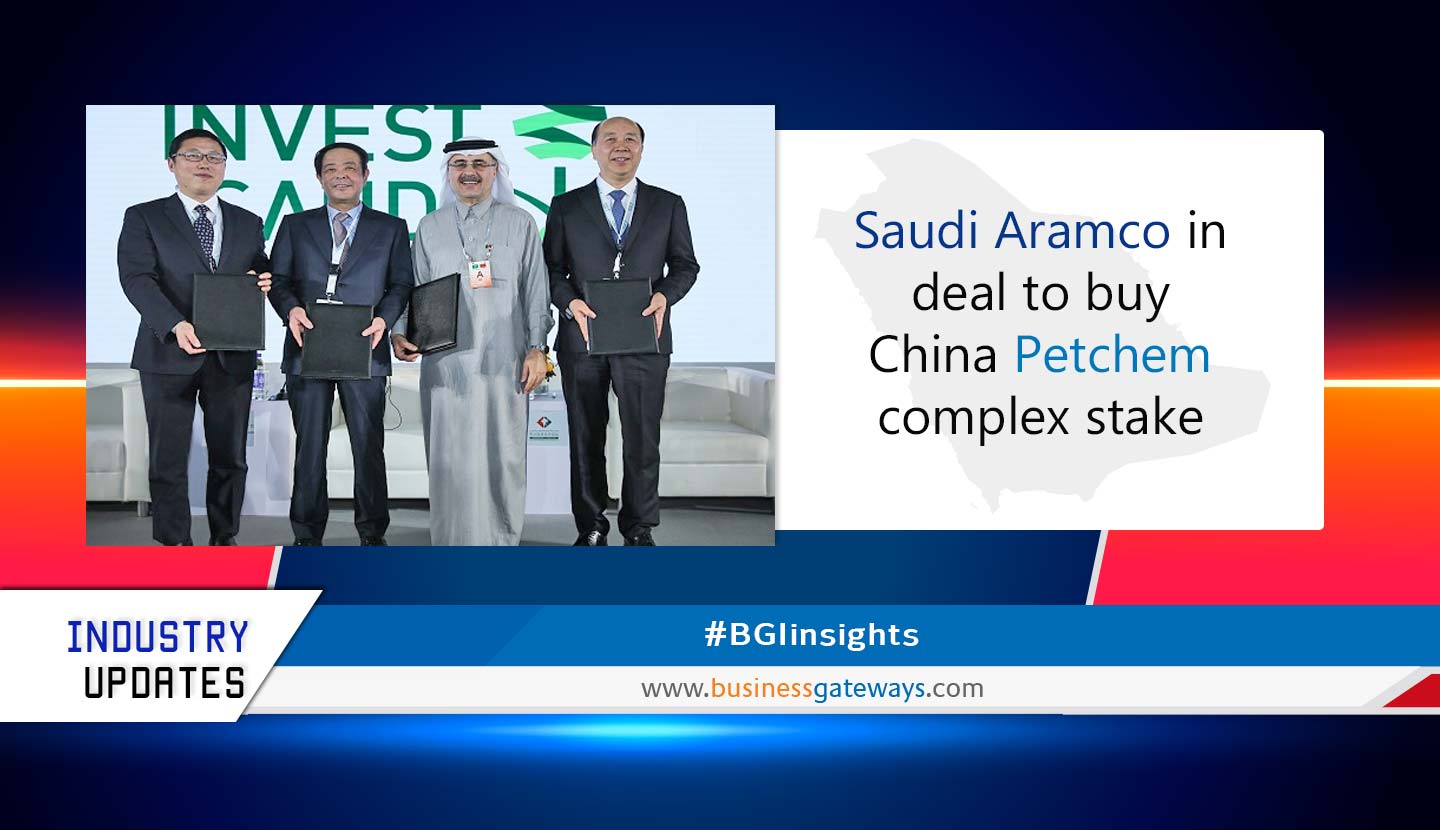 State oil giant Saudi Aramco has signed three MoUs aimed at expanding its downstream presence in the Zhejiang province, one of the most developed regions in China.

The first agreement was signed with the Zhoushan government to acquire a 9 per cent stake in the Zhejiang Petrochemical’s 800,000 barrels per day (bpd) integrated refinery and petrochemical complex, located in the city of Zhoushan, said a statement from the Saudi group.

The second agreement was signed with Rongsheng Petrochemical, Juhua Group, and Tongkun Group, who are the other shareholders of Zhejiang Petrochemical, while the third MoU was inked with Zhejiang Energy for exploring potential investment in retail network in Eastern Region of China, in addition to other related downstream investments

Saudi Aramco’s involvement in the project will come with a long-term crude supply agreement and the ability to utilize Zhejiang Petrochemical’s large crude oil storage facility to serve its customers in the Asian region, it stated.

An integral part of the project includes a third agreement with Zhejiang Energy to invest in a retail fuel network.

The companies plan to build a large scale retail network over the course of the next five years in the Zhejiang province. The retail business will be integrated with the Zhejiang Petrochemical complex as an outlet for the refined products produced.

On the deals, Saudi Aramco CEO Amin Nasser said: "These demonstrate our commitment to the Chinese market and help enhance the strategic integration of our downstream network in Asia. They will further strengthen our relationship with China and the Zhejiang province, setting the stage for more cooperation in the future."

The Phase One of the project will include a newly-built 400,000 bpd refinery with a 1.4 million metric tonne per annum (mmpta) ethylene cracker unit, and a 5.2 mmtpa Aromatics unit, he explained.

"In the Phase Two of the project, we will see a 400,000 bpd refinery expansion, which will include deeper chemical integration than Phase One," he added.