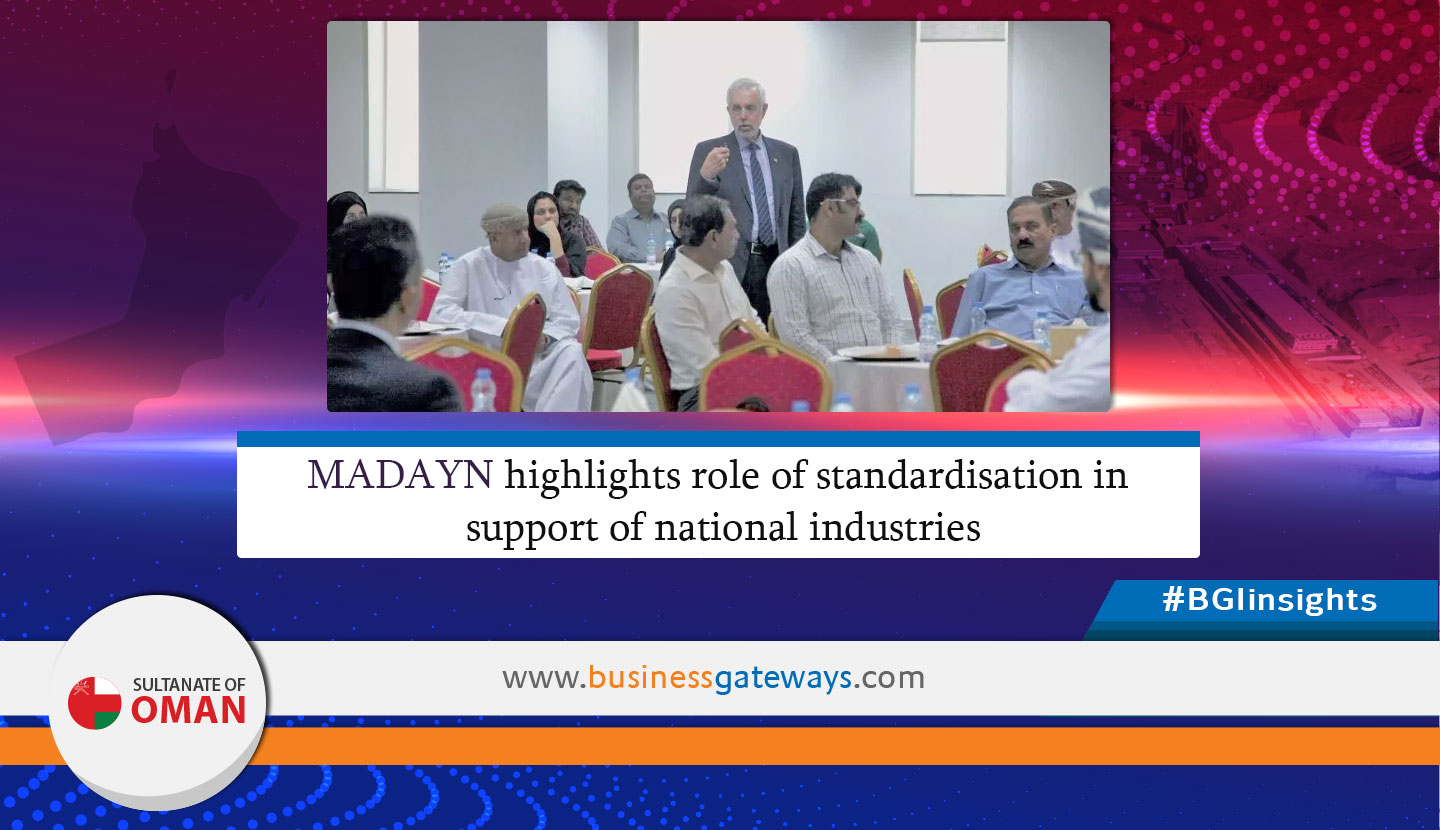 The Public Establishment for Industrial Estates — MADAYN organised yesterday a lecture on the role of standardisation in support of national industries at the Knowledge Oasis Muscat (KOM). Targeting business owners, companies and factories based in Rusayl Industrial City, the lecture was delivered by John Walter, President of the International Organisation for Standardisation (ISO) who briefed the audience on the organisation, its system, partners and benefits of standards.

Speaking at the event, Walter pointed out that ISO is an independent, non-governmental organisation with a global network of national standards bodies with one member per country. “Our job is to make International Standards. We are coordinated by a Central Secretariat in Geneva, Switzerland. Moreover, we are not for profit; selling our standards allows us to finance their development in a neutral environment, to maintain them and to make new ones. In fact, ISO provides a platform for developing practical tools through common understanding and cooperation with all stakeholders,” Walter pointed out.

He added that ISO comprises 163 members and enjoys more than 22000 international standards and more than 300 technical committees. Walter emphasised that standards play a significant role in facilitating trade and access to markets; quality, safety, environment and health; interoperability; optimisation of infrastructures; and evaluation and demonstration of conformity. He also underscored the associated emerging areas which include Internet of Things, Smart cities, Smart manufacturing, climate change, blockchain technology, and aging societies.

It should be noted that MADAYN has recently earned the ISO 9001:2015 Certification for its quality management system.