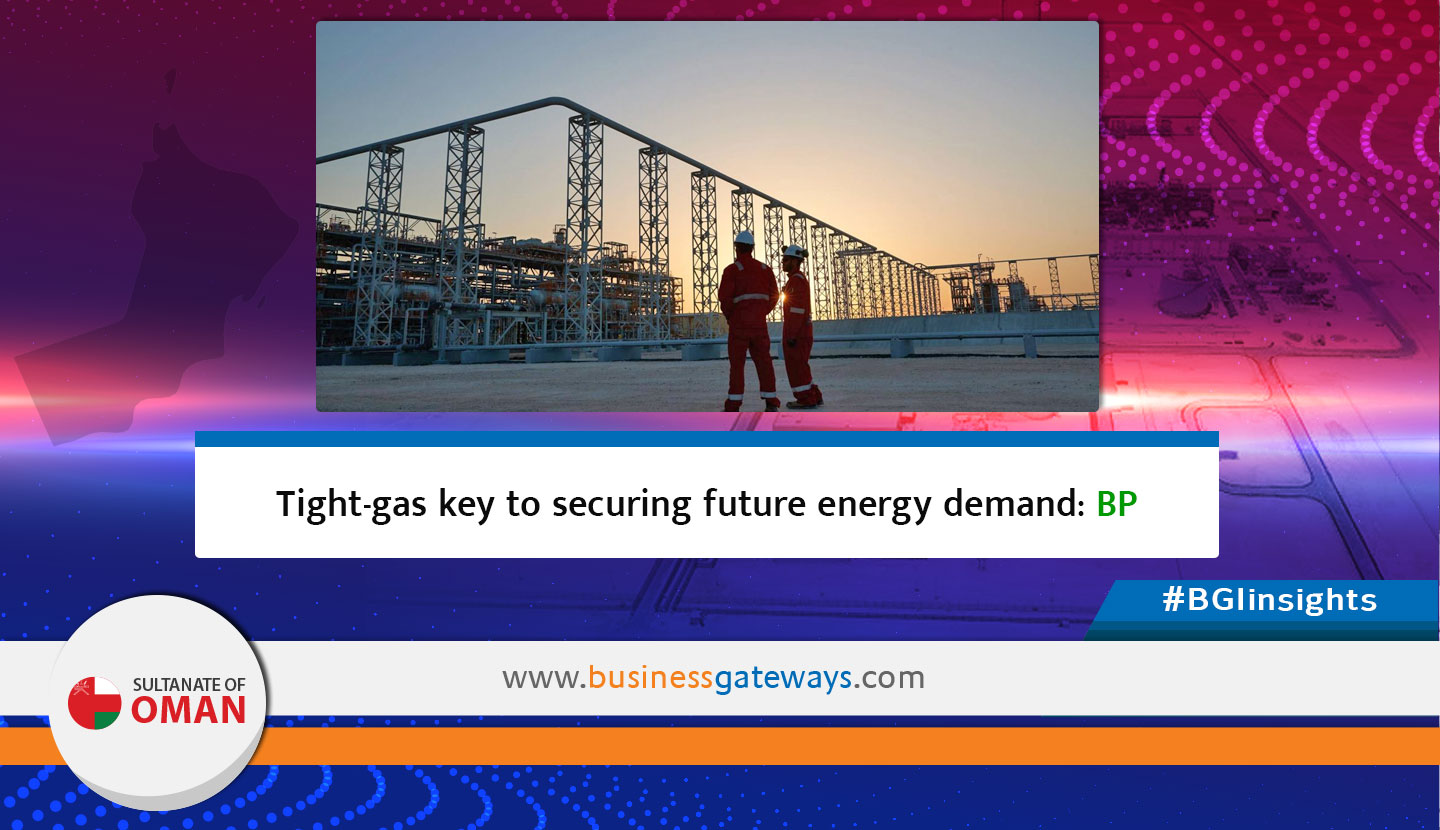 Natural gas demand will continue to burgeon in the coming decades despite strong inroads by renewable and other low-carbon resources into the energy mix — a scenario that warrants sustained investment in the development of tight-gas resources, according to Yousuf al Ojaili, BP Oman’s President. BP’s multibillion-dollar tight-gas development in Block 61 – billed as the largest unconventional gas project in the Middle East — currently accounts for roughly a quarter of Oman’s total gas production, with sizable additional volumes coming from other operators as well.

Tight-gas, says Al Ojaili, will remain a significant component of natural gas supply locally, regionally and internationally — a theme that he will reaffirm in a keynote address to an industry workshop that opens at the Grand Millennium Hotel Muscat today, February 25.

Organised by the Society of Petroleum Engineers (SPE), the three-day workshop, titled ‘Tight Gas — Challenges and Opportunities,’ will focus on, among other topics, best practices from around the globe in enhancing reservoir understanding, rock characterisation, well deliverability, and reservoir accessibility in tight gas fields. Various presentations will also underline the importance of new technology that may reduce tight gas developer cost and bolster return on investment.

“Going by demand projections outlined in BP’s newly published Energy Outlook 2019 report, natural gas will account for a sizable 26 per cent of total energy demand — including renewables and other resources — by the year 2040. This would necessitate ongoing investments in technology to unlock tight gas resources now that much of the ‘easy gas’ has been substantially tapped,” said Al Ojaili.

The SPE forum, according to the industry executive, will help showcase BP’s globally acclaimed role in harnessing tight-gas resources through the deployment of cutting-edge technologies targeting gas trapped in ultra-tight reservoir rock at depths ranging from 4.5-5 kilometres.

“We are pioneers in tight-gas production starting in the United States,” said BP Oman’s President. “We are a big investor in Oman’s upstream energy sector as well. This week’s SPE forum on tight gas serves as an important platform for sharing expertise, best practices, and learnings in an area that BP enjoys considerable advantage, particularly in terms of our technological capabilities.”

The SPE Forum, says Al Ojaili, will also serve to spotlight BP Oman’s success in commercialising the tight gas resources of the Khazzan field in Block 61 in central Oman — nearly two decades after its initial discovery.

“While there are other operators — in Oman and around the world — that are engaged in tight-gas developments, Khazzan presented a unique challenge for us. It remained undeveloped for several years until BP came along. Leveraging our expertise garnered from our operations in the US, we invested a great deal of time, money and effort in understanding the reservoir in great detail, making sure we have the right fracking and other technologies to unlock these volumes.”

Khazzan, representing Phase 1 of BP Oman’s estimated $16 billion Investment over the life of the project, currently delivers around 1 billion cubic feet (bcf) per day of gas into the government gas system. This output will be bolstered by around 0.5 bcf/day in early 2021 when Ghazeer — representing Phase 2 of the landmark project — comes into production.

“Ghazeer itself is slightly ahead of schedule, which gives us comfort that we are well on target for delivery of this project in the first quarter of 2021,” said Al Ojaili. “As of end-2018, we were 45 per cent complete overall, and we’re working towards 90 per cent completion by the end of this year. Around 16 well-pads have been constructed of the 100 wells planned for drilling during the life time of this project phase. We have also made great progress in the construction of the third processing train, the export pipeline, gathering system, and so on. Around 5,000 people are currently at site on the Ghazeer development.”

Helping aid Ghazeer’s timely delivery are learnings gleaned from the Khazzan phase and put to effective use in the Ghazeer development, according to BP Oman’s President. “It’s primarily down to strong project management in the first phase, which is being replicated in the second phase. Testimony of this is our successful drilling of a well in under 41 days — which is a record for Oman’s upstream sector.”

BP has also mastered the ability to harness live data from all of its wells, thanks to fibre optic connectivity that feeds all of this information to a central control room. From the relative comfort of this control room, BP’s technical team can monitor the operation of every well – from the production, control, shutdown, start-up and security standpoints – to ensure optimal performance. Furthermore, with a proprietary tool at its disposal, BP technicians can remotely pick and choose wells that, for example, can yield higher volumes of condensate.

“We are also piloting a camera-based digital tool that detects the presence of people in areas deemed hazardous from the safety and security standpoints, such as drilling sites, for example. Likewise, we have deployed infra-red cameras at the Central Processing Plant for the detection of methane or other gas leaks, thereby ensuring safe and lower-emission operations at the plant.”