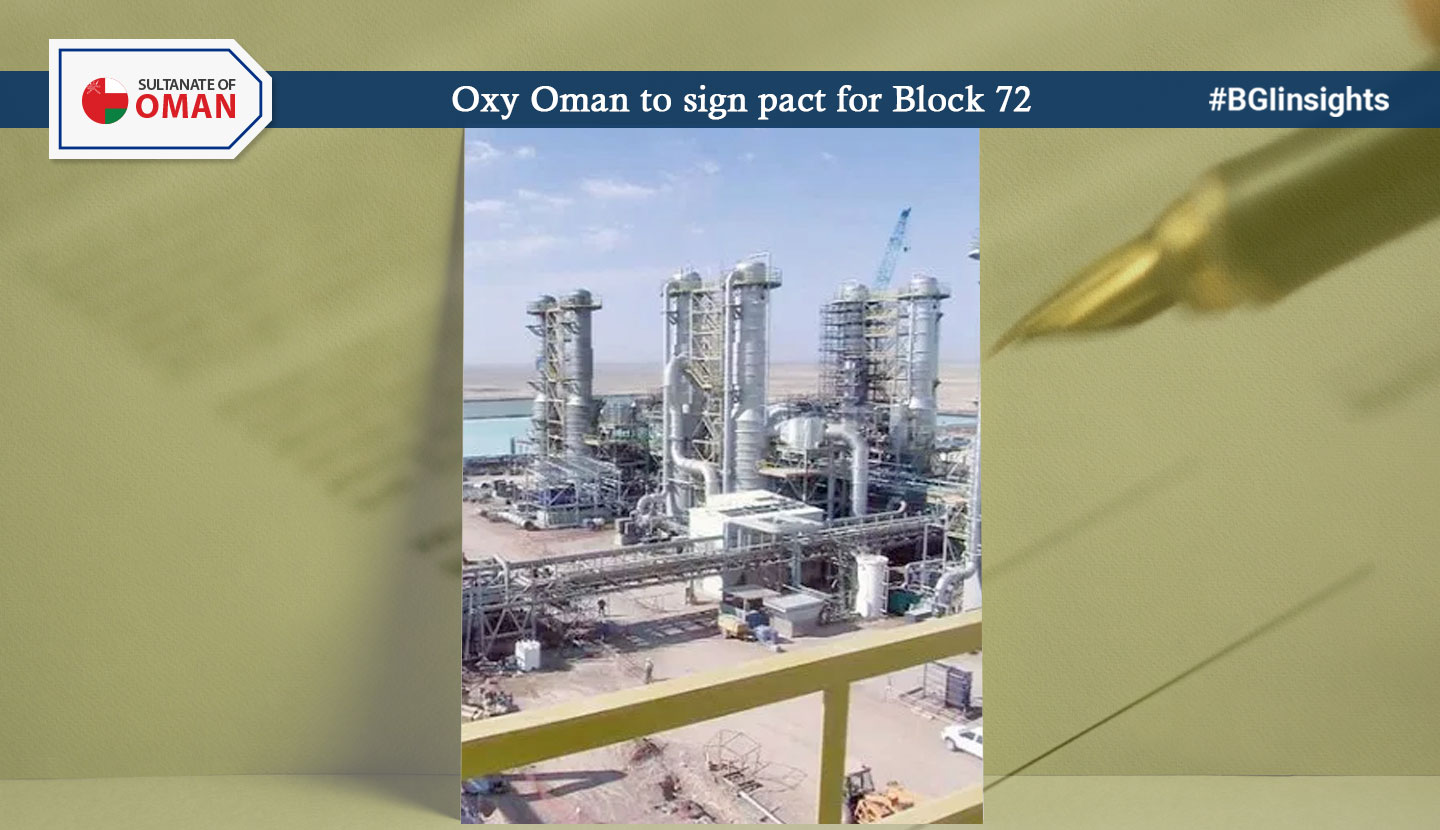 Occidental Oman, the local subsidiary of Occidental Petroleum (Oxy), is set to add another hydrocarbon concession to its sizable portfolio of assets in the Sultanate, with the signing later this week of an Exploration & Production Sharing Agreement (EPSA) for Block 72 in the southern part of Wusta Governorate.

The newly created Block, which adjoins Oxy’s Block 53 license — home to the company’s flagship Mukhaizna heavy oil field — is the third license to be scooped by Occidental in as many months. In December, Oxy inked EPSA agreements with the Ministry of Oil and Gas for Blocks 51 and 65, located in the northeast of Oman. The formal addition of Block 72 to its portfolio is set to reinforce Oxy Oman’s standing as the largest upstream player in the Sultanate’s Oil & Gas sector after Petroleum Development Oman (PDO). It is also the largest independent producer of hydrocarbons in the Sultanate. Heavy oil output from Block 53 averages around 120,000 barrels per day (bpd), while Block 9 yields an additional 90,000 bpd.

In addition, Oxy has interests in Block 27 and 30, also in the northeast of Oman. Oxy is the operator of Block 30 with a 72.86 per cent stake, while Oman Oil Company Exploration & Production (OOCEP) holds the balance 27.14 per cent.