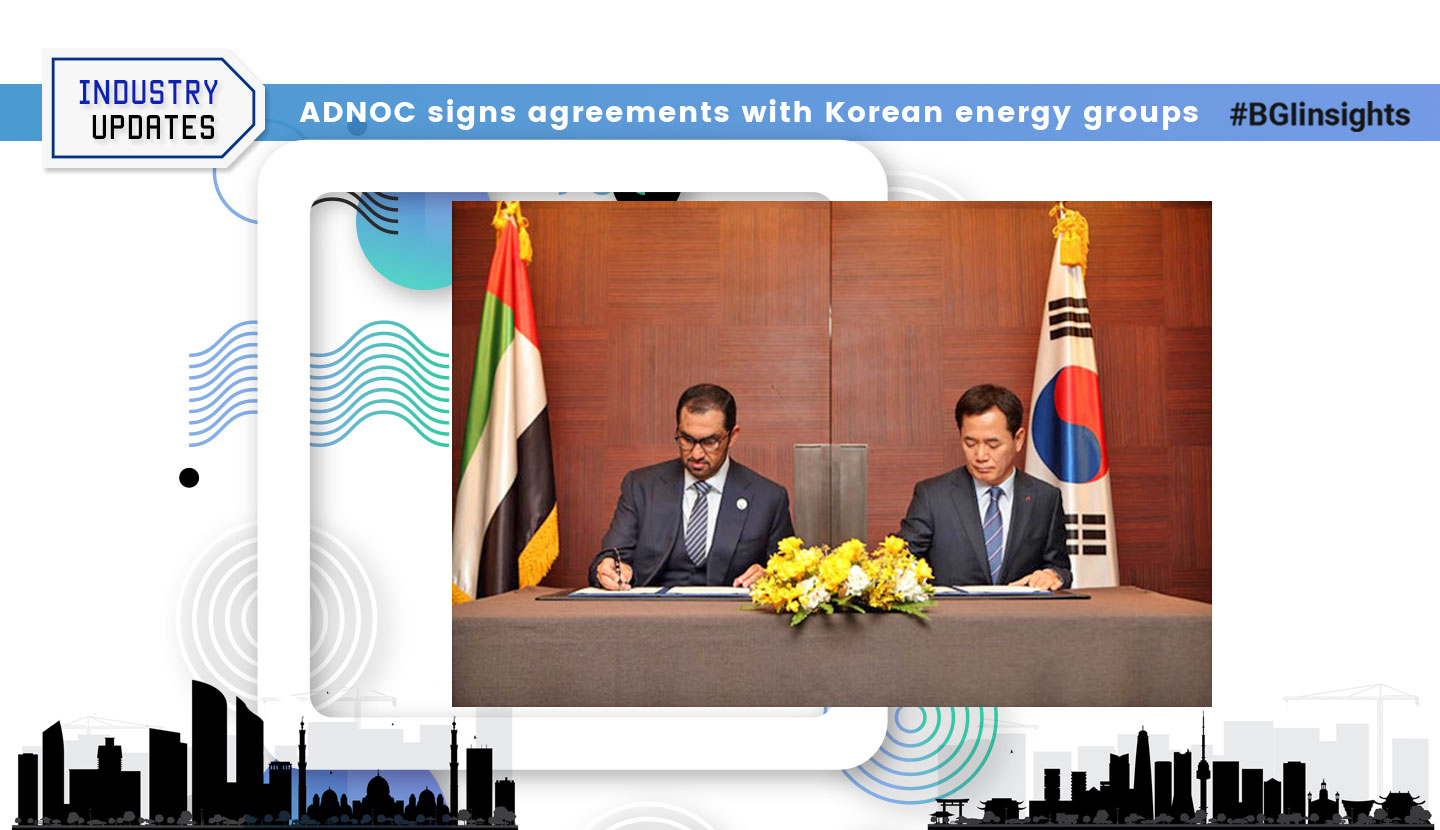 The agreements will explore upstream exploration and production opportunities, potential downstream investments and bunkering opportunities for both crude oil and liquified natural gas (LNG), said a statement from ADNOC.

Kogas, the world’s second largest buyer of LNG, has conducted a feasibility study on LNG bunkering at Fujairah port in the northern emirate.

Commenting on the deals, Dr Al Jaber said: "The UAE, Abu Dhabi and ADNOC have enjoyed excellent business relationships with Korea and the growing links between ADNOC and Korean companies are a testament to the depth and importance of those relationships, which the leadership of the UAE is keen to enhance."

"Our discussion explored domestic and international growth opportunities across a range of areas, including oil and LNG bunkering, meeting the Korea’s growing energy demands and attracting investment to our expanding upstream exploration and development operations and our downstream and gas expansion plans," he stated.

"As we successfully deliver our 2030 smart growth strategy, we will continue to work with partners who enable us to unlock and maximize value, contribute technology and help us secure access to the new centers of global demand," he added.

South Korea was the world’s eighth-largest energy consumer in 2017. According to the International Energy Agency (IEA), it imported about three million b/d of crude oil and condensate, making it the fifth-largest importer in the world.

It is highly dependent on the Middle East for its oil supply, and the region accounted for more than 82 percent of its 2017 crude oil imports, of which 11 per cent was supplied by ADNOC.

As part of Korea’s efforts to become a major liquids storage and trading hub in northeastern Asia, KNOC, through joint ventures with other firms, has been building the country’s first commercial terminals for crude oil and petroleum products at Yeosu and Ulsan, which will hold a total capacity of 36.6 million barrels.