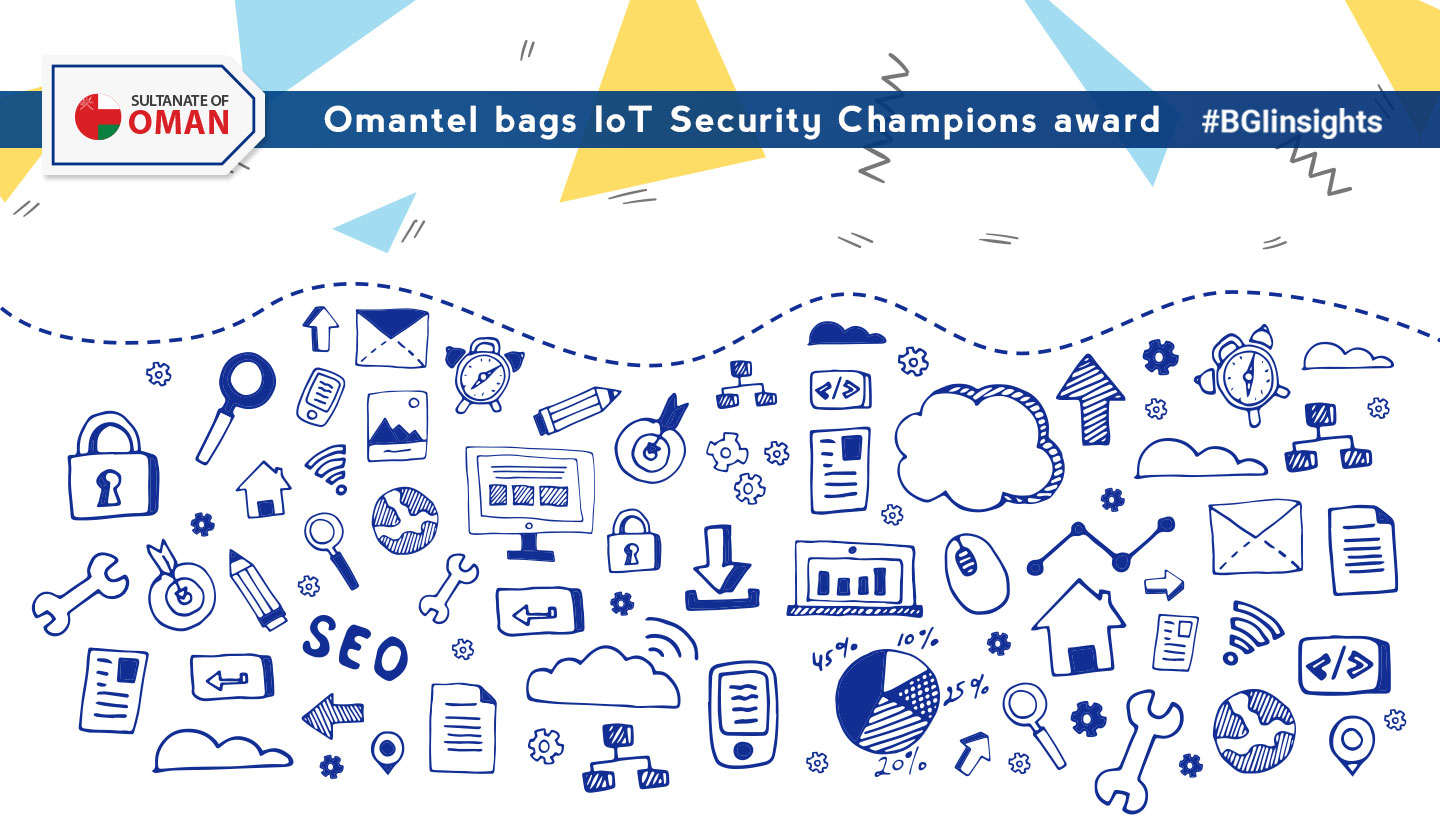 On the sidelines of ‘MWC19’ in Barcelona this week, Omantel received the ‘IoT Security Champions Award’ from GSMA in recognition of its contribution to the GSMA IoT working group and successful adoption of the GSMA IoT Security Guidelines & Assessment Scheme. The company now stands among the top 14 operators worldwide that have adopted these guidelines.

GSMA, an organisation that represents the interests of mobile operators worldwide, has prepared a set of best practices for the secure design, development and deployment of IoT services.

According to GSMA, there will be 25.3 billion IoT connections by 2025 worldwide, paving the way for smart cities, more efficient transportation and revolutionised healthcare. However, without adequate security, the huge potential of the IoT to enhance our lives through the development of smart cities, connected cars, smart healthcare and Industry 4.0 will not be realised.

Samy al Ghassani, Chief Operations Officer at Omantel, said: “With track record achievements in ICT solutions that Omantel boasts, we will continue to empower our digital ecosystem and build bridges toward a ‘Digital Oman’, where promising projects, like smart cities and e-Government, as well as businesses and other entities can operate safely with up to date systems that can deter risks associated with new technologies.”

“At Omantel, we strive to setup a full-fledged digital ecosystem that will enable harnessing the Fourth Industrial Revolution to achieve digital transformation and business growth, and keep the Sultanate on track toward ‘Oman 2040’ vision in which technology plays a major role,” he concluded.

Abdullah al Barwani, General-Manager at Omantel’s Corporate Security Unit, said: “Having an adequate IoT security environment is an absolute necessity for projects such as smart cities and healthcare, that must remain secure at all times. GSMA IoT Security specifically focus on ensuring security of IoT services in a low cost and power consumption manner, which had always been a challenge. It also helps in achieving an efficient security environment and device protection that are vulnerable to logical and physical attacks.”