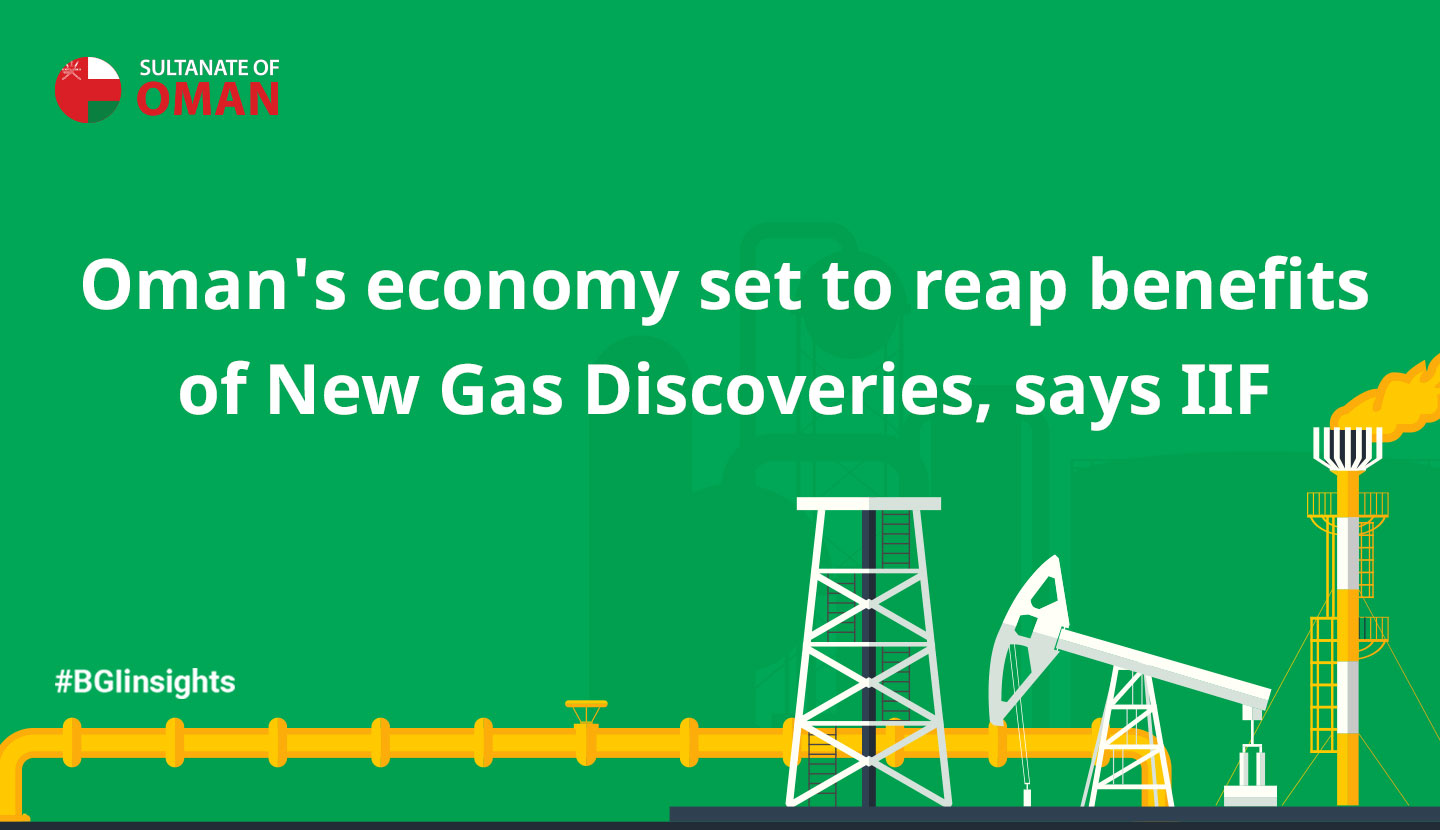 New gas discoveries and infrastructure development, particularly the development of Duqm port and special economic zone, will give momentum to Oman’s economic growth in coming years, the Institute of International Finance (IIF) said.

‘Oman’s hydrocarbon sector is expected to reap benefits from new gas discoveries by Petroleum Development Oman (PDO) and the development of phase 2 of the Ghazeer field by BP, as well as continued gas production increases in the Khazzan field’, the Washington DC-based IIF said in its MENA Outlook report.

The IIF said the opening of the new airport in Muscat, development of the Duqm Port and the Special Economic Zone in Duqm, and infrastructure development that will connect Oman’s three major ports will give momentum to non-hydrocarbon growth in years to come.

The report said that Oman’s recent economic performance has been solid, but persistent fiscal and current account deficits, growing debt and high unemployment weigh on the long-term outlook. ‘Continued higher government investment should underpin a growth rate of three per cent this year’, it said.

The IIF said that Omani authorities maintained expansionary fiscal policy in the 2019 budget, despite the Fitch Ratings’ sovereign downgrade to junk level in December. ‘Without spending restraint and additional revenue mobilisation, the fiscal deficit will remain around eight per cent of GDP. Without privatisation proceeds the authorities will continue to rely on external sources to finance the deficits’.

To eliminate the current account deficit and ease external pressure, the IIF said Oman needs oil prices to average US$81 per barrel in 2019. ‘Notwithstanding the ongoing external pressures, public foreign assets standing at around 45 per cent of GDP represent a sufficient guarantee that the currency peg will remain unchallenged in the short term’, the report added.