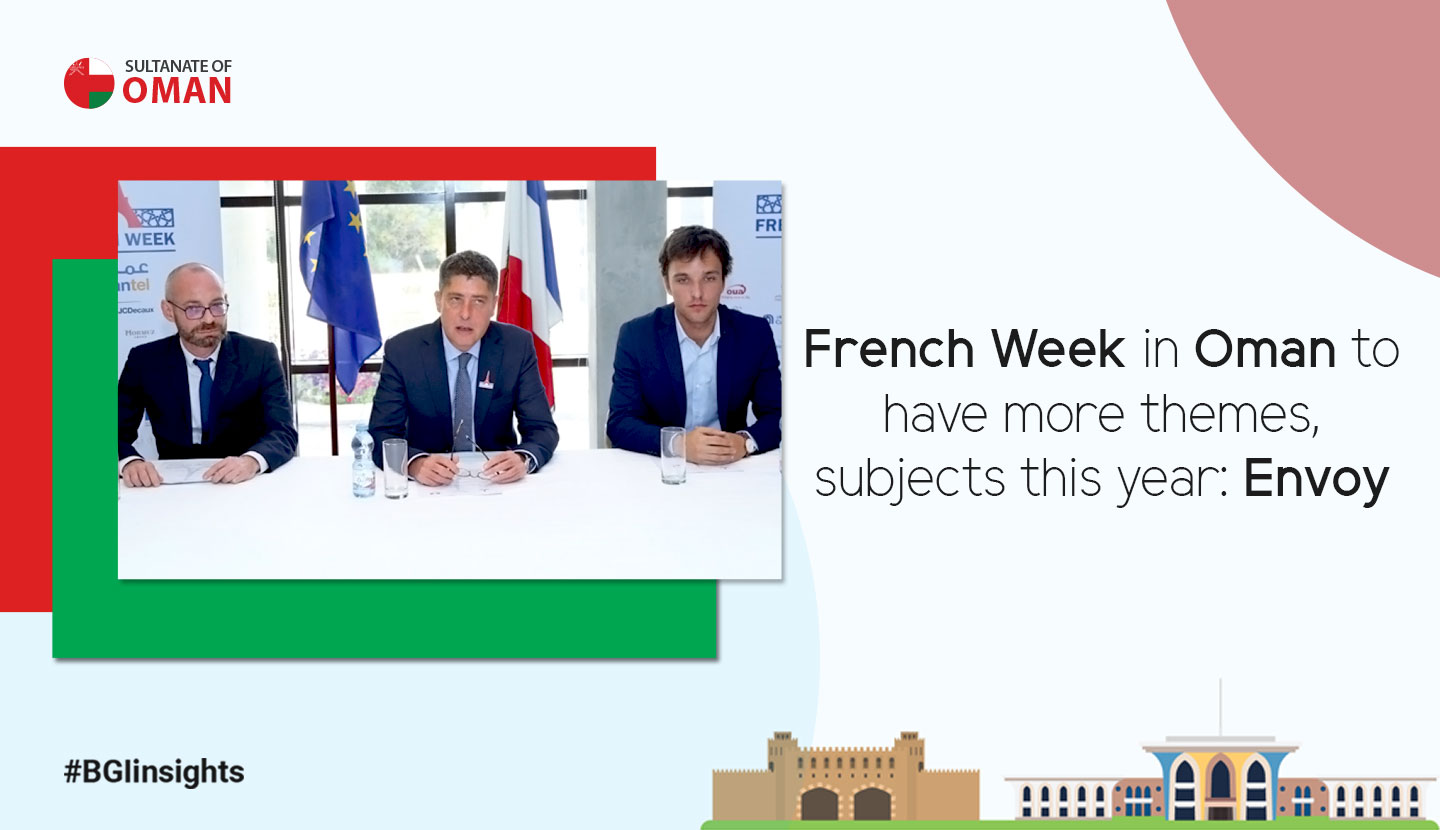 This year’s French Week in Oman will be even bigger than it was last year, France’s Ambassador to Oman Renaud Salins confirmed.

Last year’s festivities reached more than 8,000 people and Salins is confident it will do even better in 2019 with even more events lined up for attendees.

“The first French Week was a huge success,” said Salins.

“However, last year was mainly focused on gastronomy and this year we decided to go big. Of course, there will be a huge segment about food and gastronomy because as you know, this is one aspect that is part of our DNA. But we decided to add other subjects and themes to this French Week.”

From 12-21 March, a number of events will be organised introducing people in the Sultanate to different aspects of France including its culture, food, music, and technology.

On 12 March, a group of 26 French companies led by MEDEF will visit Oman and meet a number of their Omani counterparts and officials.

Salins stated, “This will include on 13 March a trip of the entire delegation to Duqm. We want these French companies to not only see Muscat but to also see where the future will be.”

Throughout French Week, like last year, foodies will be given plenty of opportunities to enjoy France’s legendary cuisine.

“We will have meals at the Crowne Plaza Convention Centre, Shangri-La, Muscat Hills Resort, and things happening at my residence here. There will also be a partnership with the Sundus Rotana, the Kempenski, and the Chedi,” he confirmed.

“Like last year, Sodexo will also be serving French food at the Sultan Qaboos University, which will reach out to more than 3,000 students. There will also be four French lunches at various international schools in Muscat and Seeb.”

This year, the embassy will also host a cultural event at the ambassador’s residence on 17 March 2019 featuring one of France’s top new singers.

“There will be an opening event here on 17 March with a concert by the singer Igit. He is a great representative of what we call the ‘New Scene’ in France. The concert will fall under the umbrella of ‘Francophonie’, which is not just a concept, but a fact. Around 200 million people around the globe speak French as a native language.”

The embassy’s Cultural Counsellor, Franck Vermeulen, added on that note, “The main idea was to join the opening ceremony with gastronomy, food corners and stations from different hotels in Muscat with an Igit concert. His style is very soft with beautiful, beautiful lyrics. It is a really good match between music, food and francophonie. That is why he was selected.”

A seminar for the utilities sector focusing on water treatment will also be held on 18 March. The event will be attended by Veolia, Suez, and ENGIE who be sharing their experiences know-how, and best practices.

On 19 March, a lecture titled ‘French Touch’ will be organised at where Professor Pierre-Marc Renaudeau from the prestigious Ecole Polytechnique will share the history of France’s transformation into a knowledge-based economy and a major player in the international market. The lecture, Salins confirmed, was open to the public.

For the first time, the Embassy will also be bringing the world’s largest scent archive, Osmotheque, to Oman.

Speaking about the institution, Salins said, “It not only focuses on French perfume, it stores fragrances from all over the world and it also has the aim to transmit knowledge about perfume, the industry, and its technology. This event will be happening at the Crowne Plaza Qurum on the 21 March at 9PM.

“It will be a fun interactive event, connecting the exponents and the public, who will be able to test perfumes and get to learn about them,” he stated.

Inviting members everyone to join in the celebration of French Week in Oman, Salins called on members of the public to visit www.frenchweekinoman.com for more details.