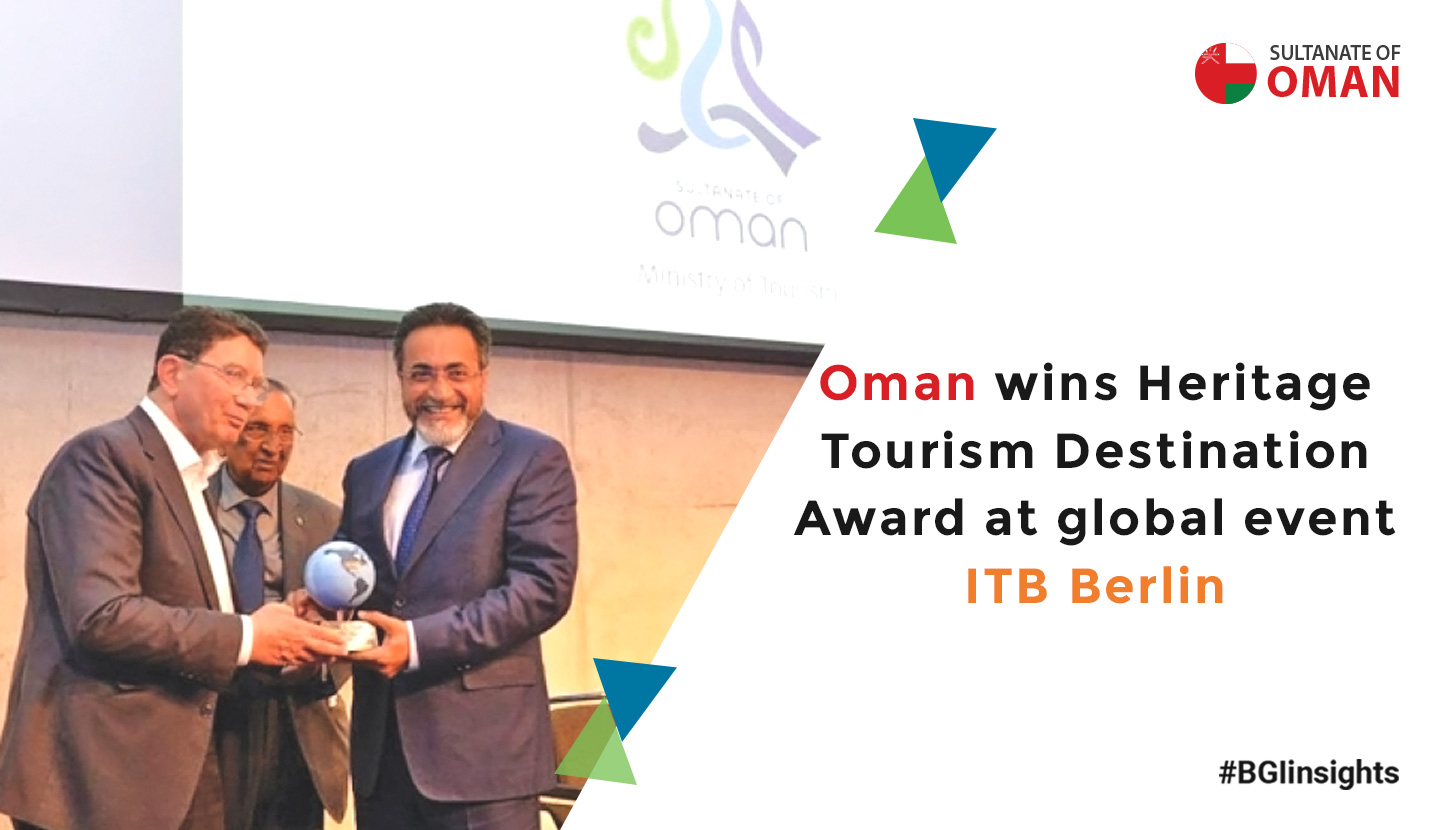 The Sultanate of Oman has won the Heritage Tourism Destination Award at the Internationale Tourism Börse (ITB) Berlin.

The award recognised the Sultanate as one of the most preferred heritage tourist destinations. This is due to a large number of its historical and civilizational landmarks.

The PATWA award is given annually for best heritage tourism destinations of the world as an appreciation of heritage and its role as a cultural tourism product.

Al Mahrazi said that this was recognition of the efforts made by the Sultanate to promote cultural tourism as one of the tourism products in the world.

This achievement is a result of the efforts made for converting many fortresses of the Sultanate into tourist spots.

These forts were restored, renovated and prepared fully for receiving tourists.

Sagar Ahluwalia, secretary general of PATWA, said that Oman was one of the most important countries of the world with many heritage and cultural landmarks.

The efforts made by the Sultanate, through its Ministry of Tourism and Ministry of Heritage and Culture, to present its historical and civilisational sites as tourism products were exemplary. The diversity of natural beauty of Oman and its environment, including sand dunes, deserts, mountains and its serene beaches add value to its heritage tourism, said Ahluwalia.

Meanwhile Oman topped the list of the 11th Arab Tourism Media Awards by securing seven awards in the various fields.

The Arab Tourism Media Centre has announced the list of winners during its participation in the Berlin Tourism Exhibition.