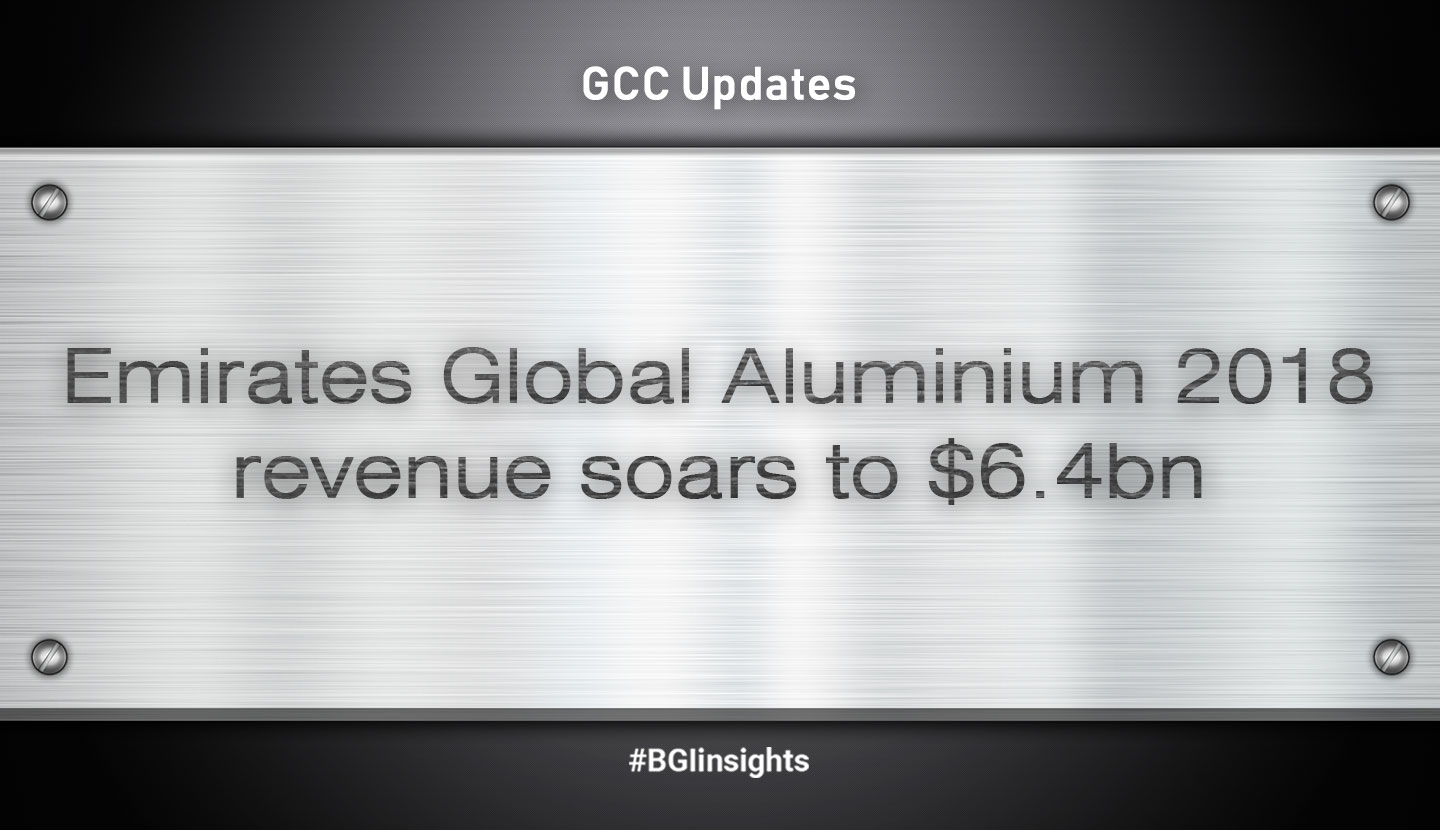 Emirates Global Aluminium (EGA), the largest industrial company in the UAE outside oil and gas sector, said its revenue for 2018 surged to Dh23.5 billion ($6.4 billion) from Dh20.5 billion ($5.6 billion) the previous year mainly driven by higher sales volumes, higher benchmark price and product premiums and an increase in value-added product sales by 161,000 tonnes to a record 2.3 million tonnes.

Announcing the results for the full year 2018, EGA said its net income plunged 64 per cent to Dh1.2 billion ($325 million) compared to 2017 mainly due to higher raw material prices and despite strong operational performance including record production amid challenging market conditions.

The increase in revenue was driven by higher sales volumes, higher benchmark price and product premiums and an increase in value-added product sales by 161,000 tonne to a record 2.3 million tonne.

EGA’s adjusted ebitda margin was 18 per cent in 2018 over 32 per cent in 2017. The reduction in adjusted Ebitda was due to higher raw material prices in 2018, mainly alumina where EGA procures 100 per cent of its requirement from third party suppliers.

The Emirati aluminium giant said its exposure to raw material market prices will be reduced significantly once EGA’s alumina refinery in Abu Dhabi and bauxite mining project in the Republic of Guinea start-up and reach full production.

Al Taweelah alumina refinery is expected to meet some 40 per cent of EGA’s alumina needs once fully ramped-up. The Guinea Alumina Corporation bauxite mining project is expected to produce 12 million tonnes per year of the ore from which aluminium is derived, it stated. Both projects are set to begin production this year, it added.

EGA’s sales of value-added products were a record 87 per cent of total sales. Value-added products, or ‘premium aluminium’, attract considerably higher premiums over LME prices than those achieved by standard aluminium and enable EGA to maximise the value of its production.

Just over 10 per cent EGA’s production was supplied to customers in the UAE, serving the needs of the UAE’s downstream fabrication sector.

EGA’s Managing Director and CEO Abdulla Kalban said: "The aluminium industry is going through a challenging period with higher prices for our raw materials and lower benchmark prices for finished metal. This is reflected in our financial performance for 2018, although EGA achieved record production and value-added product sales and continued our strong focus on cost control and operational efficiency."

"Our strategic upstream growth projects, which will significantly reduce our exposure to volatile raw material prices, are nearly complete and will both begin production this year," he noted.

On its key projects, Kalban said Al Taweelah alumina refinery is in the final stages of commissioning and first alumina is expected during the first half. The project has a total budgeted project cost of approximately $3.3 billion.

"Construction at GAC, EGA’s bauxite mining project in Guinea, is more than 85 per cent complete. First bauxite exports are expected during the second half of 2019," he stated.

The project has a total budgeted cost of $1.4 billion. Bauxite from the project will be sold to third party customers around the world, creating a new revenue stream for EGA and a synthetic hedge for EGA’s purchases of bauxite for Al Taweelah alumina refinery, he added.

Last year, EGA’s shareholders - Mubadala and Dubal Holding - agreed to form a joint venture to develop a new power plant with a capacity of over 600 megawatts at EGA’s site in Jebel Ali.

EGA will buy power from the joint venture for 25 years once the facilities are operational, said the company.

The new facilities, which include the UAE’s first combined cycle H-class gas turbine, will improve the efficiency of power generation for EGA’s aluminium smelting, reducing environmental emissions and natural gas consumption, it added.