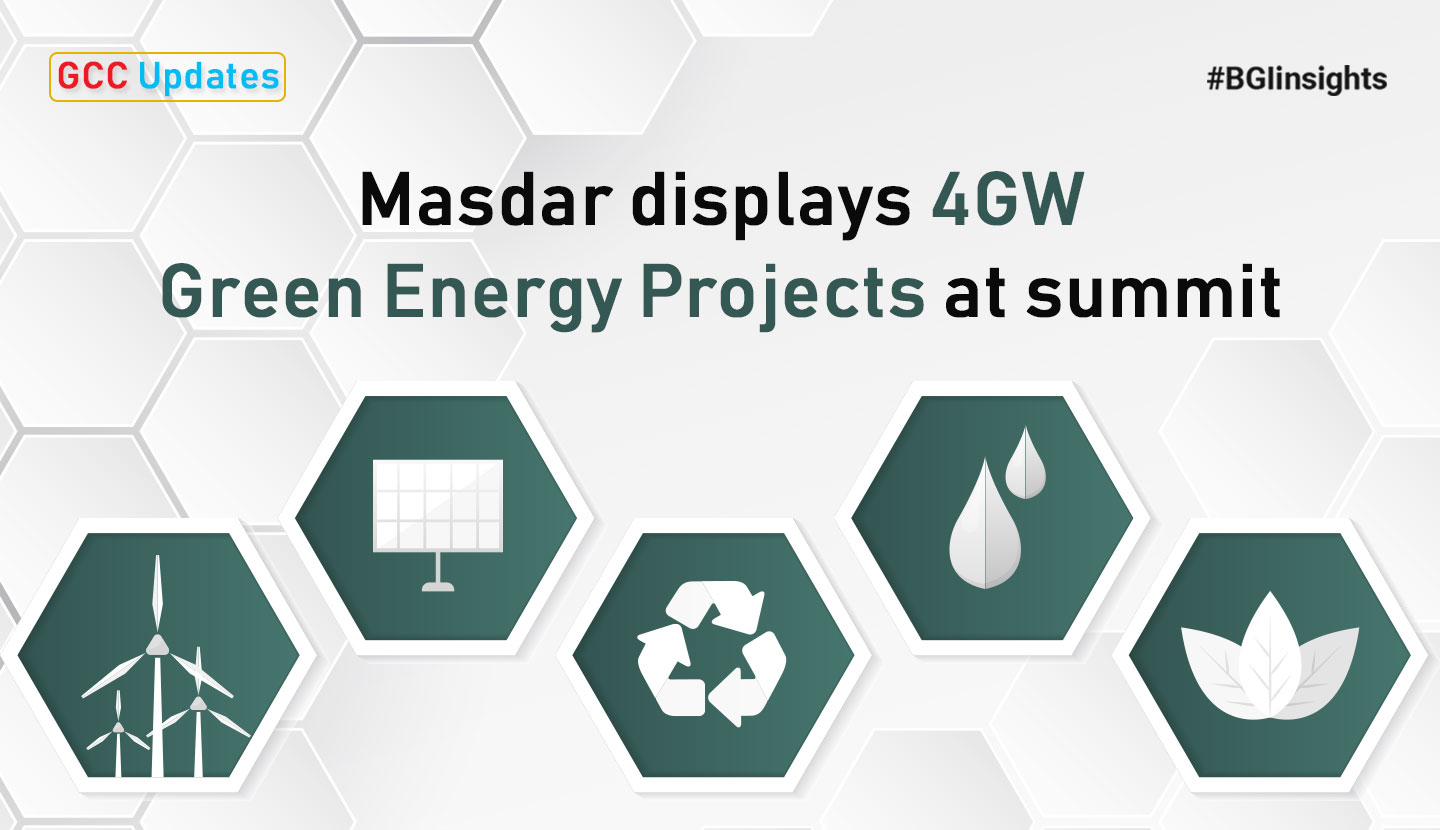 Masdar, Abu Dhabi Future Energy Company, said that its renewable energy portfolio has grown by 33 per cent over the past year, reaching 4 gigawatts (GW) of clean energy in operation and under development across 25 countries.

To date, Masdar has invested in renewable energy projects with a combined value of $12 billion. Together, these projects displace nearly 5.4 million tonnes of carbon dioxide per year. The total electricity production of all Masdar’s solar and wind projects is just over 10,680 GWh annually.

“Masdar has been a catalyst for the renewable energy sector in the Arab world and beyond,” Al Ali said during the opening session of the conference.

“We look forward to continuing our support for the energy transition in the region, which is set to see a major acceleration in renewable energy deployment, as we aim to significantly grow our portfolio and expand our global footprint in the years ahead.”

According to the International Renewable Energy Agency (IRENA)’s Market Analysis Report: GCC 2019, nearly 7GW of renewable power generation capacity is planned to come online in the GCC by the early 2020.

Targeting 50 per cent of its electricity to come from clean and renewable sources by 2050, the UAE is the Mena region’s front runner in adopting renewables into its energy mix, accounting for 68 per cent of the GCC’s total installed renewable energy capacity in 2018.

Shua’a Energy 2 is the project company owned by Dubai Electricity and Water Authority (DEWA), Masdar and EDF Renewables responsible for developing Phase 3 of the Mohammed bin Rashid Al Maktoum Solar Park in Dubai, which will be the largest single-site solar park in the world on completion, with a planned capacity of 5GW by 2030.

“The first 200MW stage of Phase 3 uses solar tracking technology to enhance energy generation by 27 per cent, and is also designed to use custom-made robots to clean the panels without the need of water, to further maximise production,” said Fawaz Al Muharrami, chief executive officer of Shua’a Energy 2, who delivered a presentation at Intersolar on the project.

In addition to the solar tracking technology and cleaning robots, Phase 3 is introducing other technological innovations to optimise production and maximise return on investment. The second stage will use half-cut solar cell technology, while the third stage will use bi-facial solar cell technology. Both technologies deliver higher solar efficiencies compared to traditional solar modules. The 800 MW Phase 3 of the Mohammed bin Rashid Al Maktoum Solar Park achieved the lowest price for solar-powered electricity when a Masdar-led consortium submitted its bid for US$2.99 cents per kilowatt hour in 2016.

The first 200MW stage of Phase 3 was inaugurated on May 2018, while the second 300MW stage is expected to come online later this year. Completion of the third and final 300MW is on track for early 2020.

Masdar is also on schedule to deliver Jordan’s largest solar power plant, the 200MW Baynouna Solar Energy Project, which is being built 10 kilometres outside of the capital Amman. The solar PV farm will power an estimated 160,000 homes and displace 360,000 tonnes of carbon dioxide emissions each year when complete in 2020.