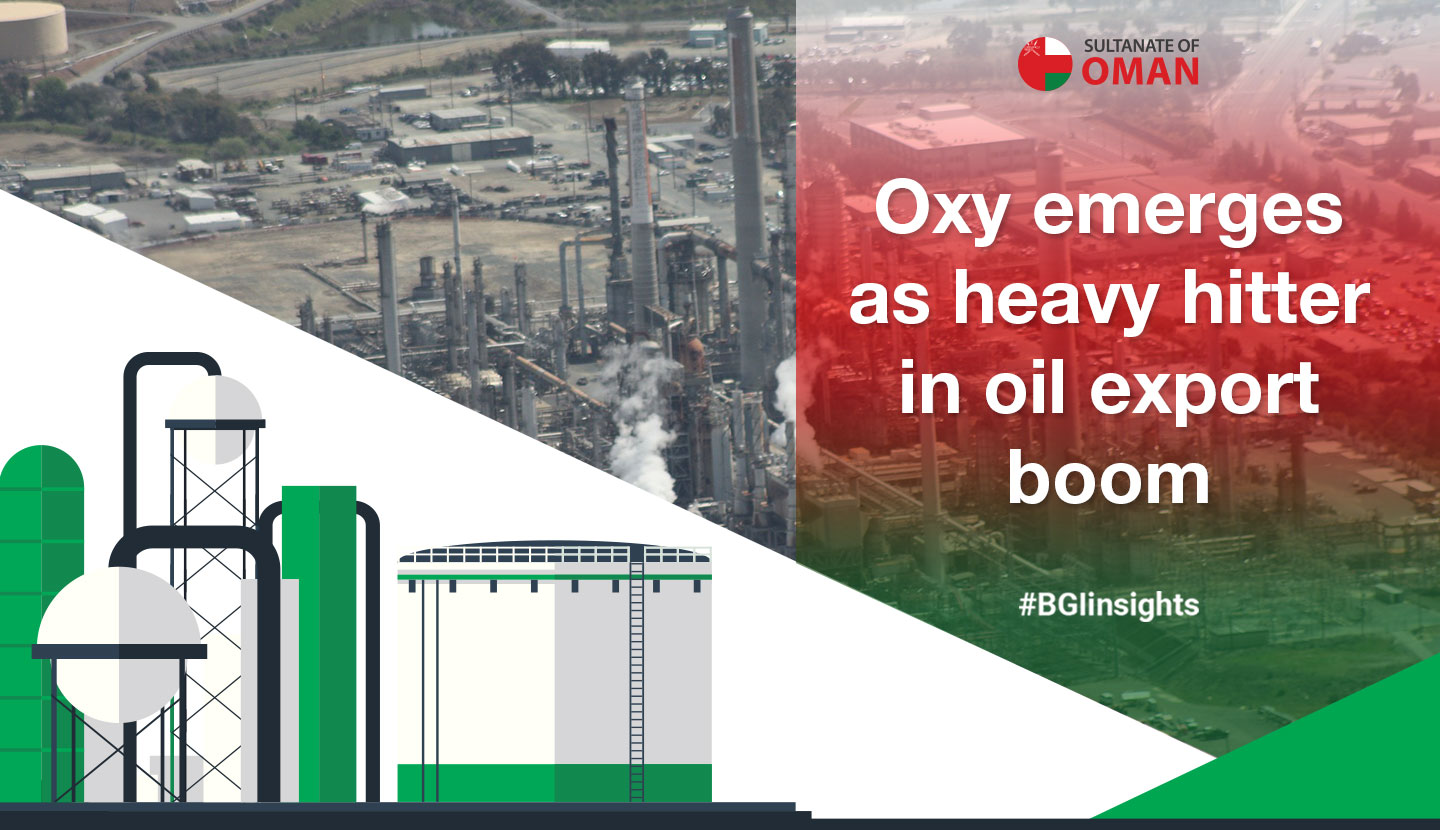 Occidental Petroleum Corp (Oxy) has emerged as one of the biggest exporters of US shale oil, rivaling large trading firms and oil majors, in a market now worth more than $150 million every day. It is showing no signs of slowing down, with plans to double crude exports to 600,000 barrels per day in 2020, Cynthia Walker, senior vice-president midstream and marketing at Oxy, said in an interview.

“As we move into the end of this year and early in 2020… we’ll probably see a doubling of exports over that period of time,” she said.

In 2017, Oxy was the largest exporter of crude produced in the Permian oilfield of Texas and New Mexico, the largest US oil field, from the US Gulf Coast.

Through 2018, it remained one of the top three exporters of US crude, according to limited customs data on Refinitiv Eikon and exclusive interviews with company executives and employees.

Company-level data on exports is notoriously guarded and kept secret. The US Census Bureau declined to provide data, citing a law which protects confidentiality.

Oxy stands out among the myriad trading houses, oil producers and shippers with operations in the Permian, as it currently exports about 300,000 bpd of oil, roughly 10 per cent of US crude exports.

Oxy produces significant volumes of oil in the Permian — and its marketing arm buys barrels from other Permian shale producers. In addition, it has contracts for long-term shipments on pipelines and access to storage and export terminals as well.

“We touch anywhere between 20 and 25 per cent of every barrel that’s produced in the Permian basin,” Walker said.

US crude exports have skyrocketed after Washington lifted a decades-long ban of exports in late 2015, rising at a rate faster than many anticipated to a record at about 3.6 million bpd last month.

US oil production has risen by more than 2 million bpd in the last 12 months, also to an all-time high of over 12 million bpd, according to US Energy Department data. Given the country consumes several million barrels more than that daily, many analysts had assumed exports would grow more slowly.

That has not been the case — exports have doubled from the end of 2017, a lucrative opportunity for companies with access to supply and export terminals.

Companies are scrambling to build Gulf Coast ports to handle more than 3 million bpd in new supplies expected over the next five years.

Profits at Oxy’s midstream and marketing segment, which includes exports, surged more than seventeen-fold to $1.9 billion in 2018, excluding items, mostly thanks to moving crude from the Permian to the refining and export hub in the Gulf Coast.

As oil retreated to around $50 a barrel, Oxy shares ended 2018 down more than 15 per cent, closely tracking the weakness in oil prices.

While Oxy cashed in last year, rivals ran into bottlenecks trying to get barrels from Permian to the Gulf Coast for export due to a lack of adequate pipeline access. That caused regional prices to slump, even as the price of US oil futures rose to more than $75 a barrel at one point. The bottleneck has since eased as companies expanded pipelines.

Oxy has a 10-year service agreement with BridgeTex pipeline, a key conduit to move crude from the Permian. The company secured a deal for 200,000 bpd of space in 2012 and has financed the line’s construction.

Last year, Oxy not only sent its own barrels, but bought those of others. Pioneer Natural Resources Co, a rival Permian producer, sold 17 per cent of their production to Oxy Marketing in 2018, according to regulatory filings. Oxy also bought a massive 34 per cent of the barrels Pioneer buys from other companies.

The company also had the advantage of owning and operating a terminal in Ingleside, Corpus Christi, where it began testing supertanker export capabilities in 2017. Oxy later sold the terminal to Moda Midstream but has retained a 10-year contract for 450,000 bpd of exports at the oil export terminal.

The company has the ability to send about 470,000 bpd out of the Permian via pipelines and expects to add more capacity in 2019, CEO Vicki Hollub said.