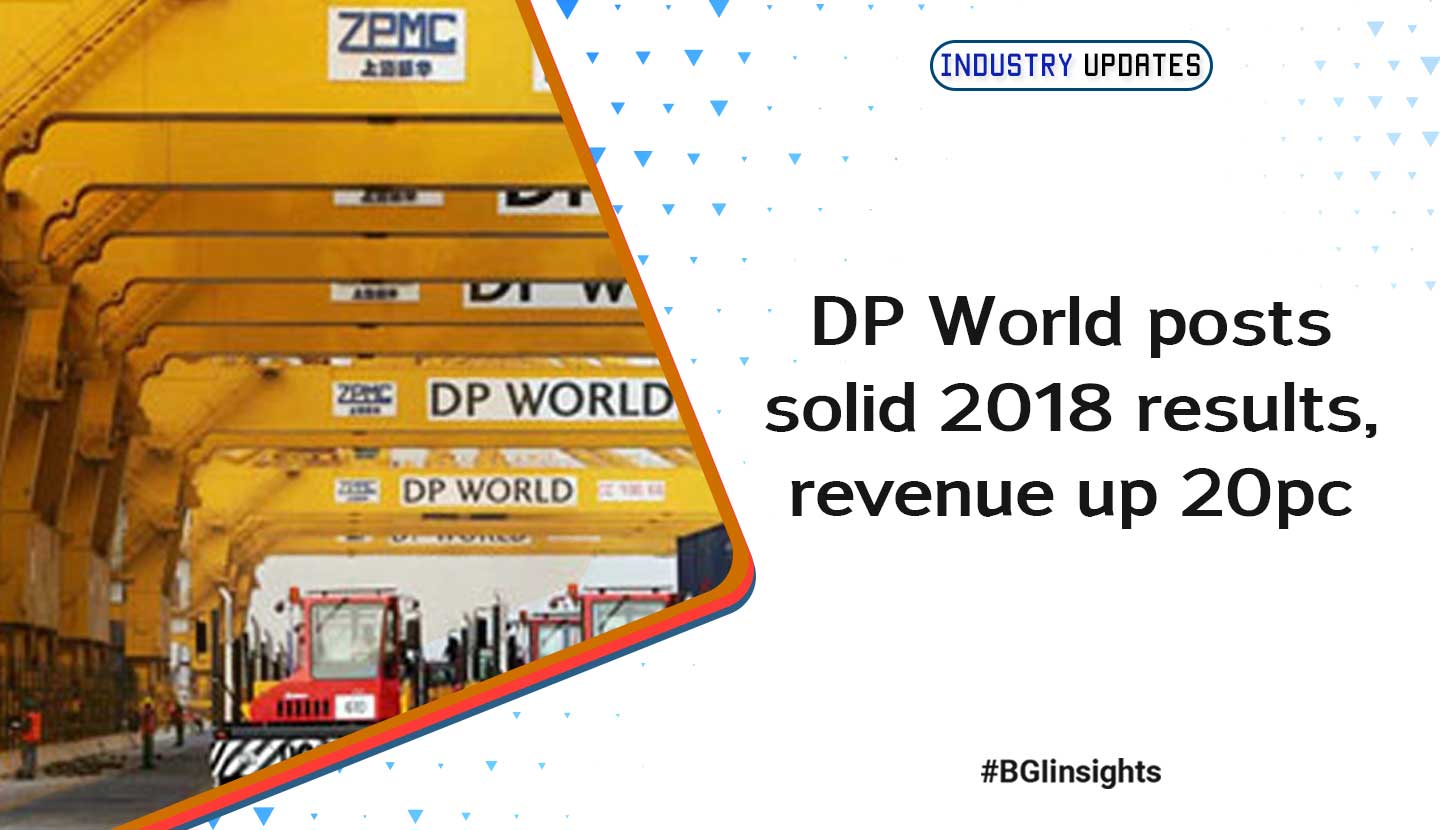 DP World, a global operator of shipping terminals based in Dubai, has recorded strong financial results for the year ended December 31, 2018 revenue grew 20 per cent.

Announcing the 2018 results, the Dubai group said its adjusted ebitda increased 13.7 per cent with adjusted ebitda margin of 49.7 per cent, delivering profit attributable to owners of the company, before separately disclosed items, of $1.27 billion, up 5.1 per cent, and EPS of 153 US cents.

Commenting on the results, Group Chairman and CEO Sultan Ahmed bin Sulayem said: "This robust performance has been delivered in an uncertain trade environment, once again highlighting the resilience of our portfolio."

"We have made good progress in delivering on our strategy of strengthening our portfolio to become a global solution provider and trade enabler with approximately $2.5 billion worth of acquisitions announced in the year," noted Bin Sulayem.

"These acquisitions offer strong growth opportunities and enhance DP World’s presence in the global supply chain as we continue to diversify our revenue base and look at opportunities to connect directly with the owners of cargo and aggregators of demand," he stated.

"Going forward, we aim to integrate our new acquisitions and drive synergies across the portfolio with the objective of removing inefficiencies in global trade, improving the quality of our earnings and driving returns," he added.

The Dubai group said the capital expenditure of $908 million was invested across the portfolio during the year, below the group’s guidance of approximately $1.4 billion in 2018.

According to DP World, the acquisitions of Drydocks, DMC, CWC, Cosmos Agencia and Unifeeder were performing in line with expectations and have led to increased contribution to its revenue line.

"We expect capital expenditure in 2019 to be up to $1.4 billion with investment planned mainly into UAE, Posorja (Ecuador), Berbera (Somaliland), Dakar (Senegal) and Sokhna (Egypt)," said Bin Sulayem.

The company has also announced the acquisition of the pan-European logistics business, P&O Ferries.

"Aside from our investments in solution providers, we won a 30-year concession for the management and development of a greenfield port project at Banana in the Democratic Republic of the Congo. We announced the acquisition of two ports in Chile8, which will allow us to serve cargo owners at five major gateway terminals in the west coast of South America," remarked Bin Sulayem.

"We have also consolidated our position once again in Australia8, where there is an opportunity to expand beyond the ports into logistics," he added.

Impressed with the results, the DP World board has recommended increasing the dividend by 5 per cent to $365.9 million at 43 US cents per share, which is in line with past policy of maintaining a payout ratio of approximately 30 per cent, said Bin Sulayem.

"The board is confident of the company’s ability to continue to generate cash and support our future growth whilst maintaining a consistent dividend payout," he added.