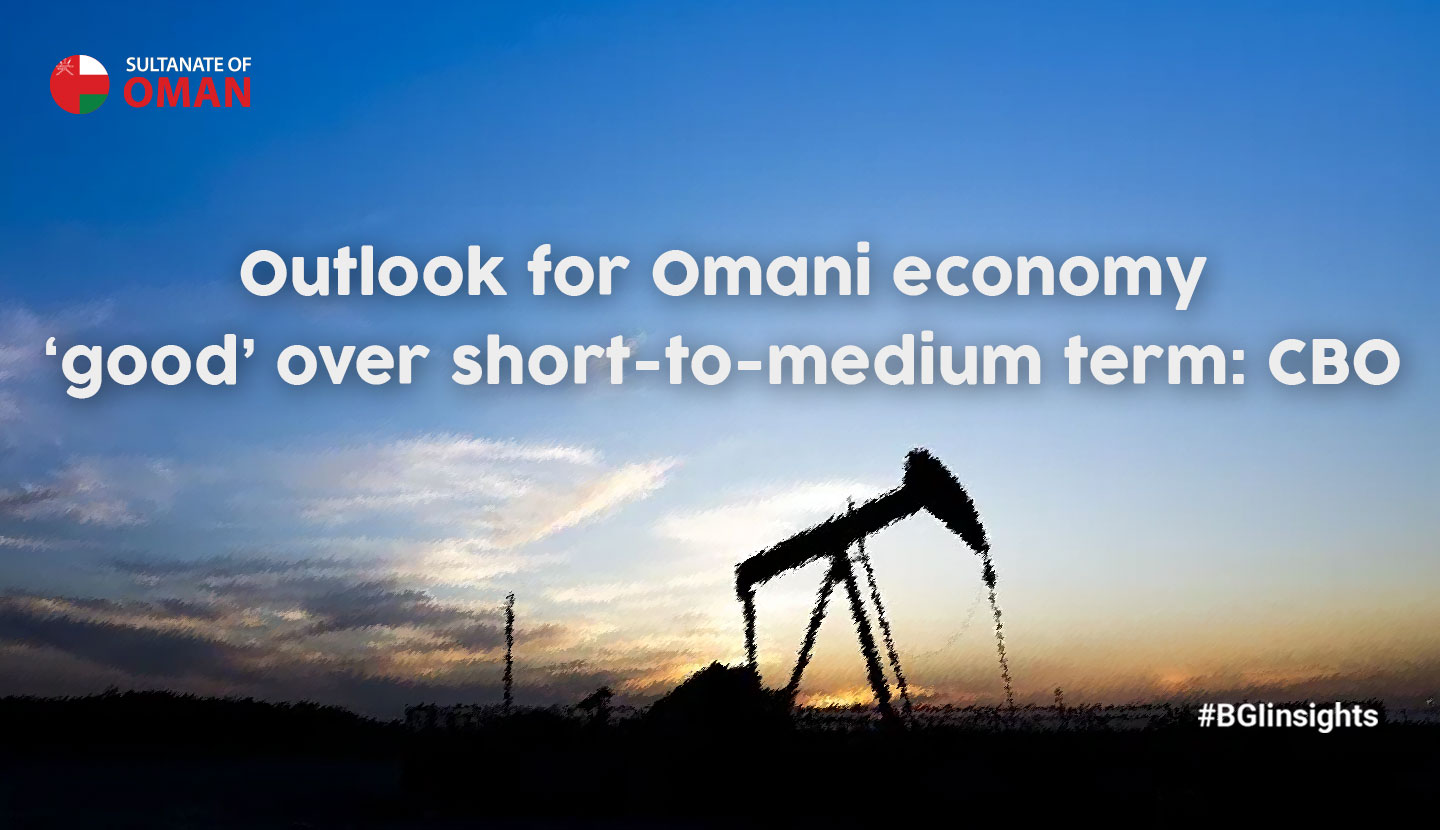 The Omani economy gained further momentum in the first nine months of 2018, reflecting a surge in oil prices and traction gained by non-oil economic activities, the Central Bank of Oman (CBO) said in mid-year review of the country’s economy in 2018. It attributed the brightening outlook to the surge in oil price and diversification programmes, along with increased participation of the private sector drove the broad-based upturn in the economy.

“The Omani economy also gained further strength on the back of a surge in oil prices and progress of diversification efforts. Although oil prices declined significantly in the last quarter of 2018 reflecting oversupply, a production cut announced by OPEC+ along with sustained strong demand has already set in the recovery of oil prices,” the apex bank said.

“On the other hand, diversified economic activities (non-oil) and private sector-led growth are gaining further traction with sustained policy efforts and strong demand from key trading partners. Higher foreign investment, which is being encouraged through various channels including public private partnership and privatisation of public sector assets, would also help in fostering the private sector-led growth in Sultanate. A steep jump in the global competitive index is the testimony to the improving business environment in the country,” it stated.

Macroeconomic stability
The Omani government, the report stressed, is committed to containing the twin deficits for bolstering macroeconomic stability. Some of the important policy measures under active consideration in the near future include implementation of excise duty and VAT and promulgation of foreign investment law.

The average Omani crude oil price during January-September 2018 was higher by 32.7 per cent than that in the same period a year ago. The Ninth 5-year Development Plan and Vision 2020 emphasise much more diversified economic activities to insulate the economy from external shocks, while the Vision 2040 also recognises the criticality of non-oil economic activities in the country for achieving sustainable development.

The nominal Gross Domestic Product (GDP) grew by 15.3 per cent during the first nine months of 2018 as against 8.0 per cent in the corresponding period of 2017. The growth in petroleum and non-petroleum sectors stood at 46.7 per cent and 3.4 per cent, respectively during this period. The petroleum sector remains an important driver of the economy in the Sultanate with major contribution emanating from oil.

Nonetheless, natural gas is also emerging as an important player with Khazzan phase-I becoming operational. Although the contribution of non-petroleum sector to total nominal GDP declined during January-September 2018, it is steadily emerging as the major force for ensuring sustainable growth in the Sultanate.

Imported inflation
Although imported inflation is one of the major determinants of inflation, domestic factors also play a role in affecting inflationary conditions in the Sultanate. Headline Inflation in Oman moderated to 0.9 per cent during January-September 2018 from 1.6 per cent in the same period of 2017, contrary to global trends in particular among AEs. Lower increase in non-fuel international commodity prices, appreciation in US$ exchange rate, and subdued domestic demand because of rising interest rates conditioned benign inflation in the Sultanate. Oman’s nominal effective exchange rate (NEER) in September 2018 appreciated by 2.2 per cent over December 2017 and helped in containing inflationary pressure.

The higher oil prices prevailing during the first nine months of 2018 provided much-needed fiscal support to Oman. Omani oil price averaged $67.2 per barrel during January-September 2018, significantly higher than $50.6 a barrel during the same period of last year. Fiscal measures implemented last year in conjunction with a diversification of the economy also supported the growth of non-oil revenue.

The government also remained committed to expenditure rationalisation; albeit, it was constrained by the evolving socio-economic priorities and increasing committed expenditure (including servicing of debt). All the fiscal measures coupled with recovery in oil prices helped in improving fiscal position and accordingly, the overall fiscal deficit declined to RO 1,917 million during January-September 2018 from RO 3,000 million during the same period of last year. Government debt of the Sultanate further increased by 17.8 per cent to RO 13,675 million as of end-September 2018. The increasing debt level constraints the fiscal space and thus, additional fiscal measures are needed to accelerate the fiscal consolidation process.

Fiscal prudence
The 2019 budget has been formulated in the background of a steep correction in oil prices after witnessing a sustained recovery, a high share of the committed expenditure, and rising debt levels. Nonetheless, the budget has adopted a balanced approach, supporting growth and welfare without undermining macro-stability. The rationalisation of expenditure with emphasis on efficiency gains continues to remain an integral part of overall fiscal prudence.

Total government expenditure has been estimated to edge up by 3.2 per cent in the 2019 budget over the 2018 budget estimates, mainly because of higher allocation for current expenditure. The estimated upturn in total revenue has enabled 2019 budget to continue on the fiscal consolidation path and accordingly, the fiscal deficit is estimated at RO 2.8 billion in 2019 (somewhat lower as compared to RO 3.0 billion estimated for 2018 budget). Interest rates in Oman generally follow the trends prevailing in the US due to currency peg with US dollar and open economy framework. Besides rising interest rates in the US, some tightening of liquidity conditions also contributed to the hardening of domestic interest rates during 2018. The net inflows under financial & capital accounts remained lower than the current account deficit and resulted in overall deficit under the balance of payments during January-September 2018, as suggested by a decline in total net foreign assets (CBO and SGRF together) during this period. Total net foreign assets dropped by 2.9 per cent to RO 11,477 million at the end of September 2018 over the level at the end of December 2017 but increased by 4.3 per cent to RO 12,332 million at the end of December 2018, the report added.