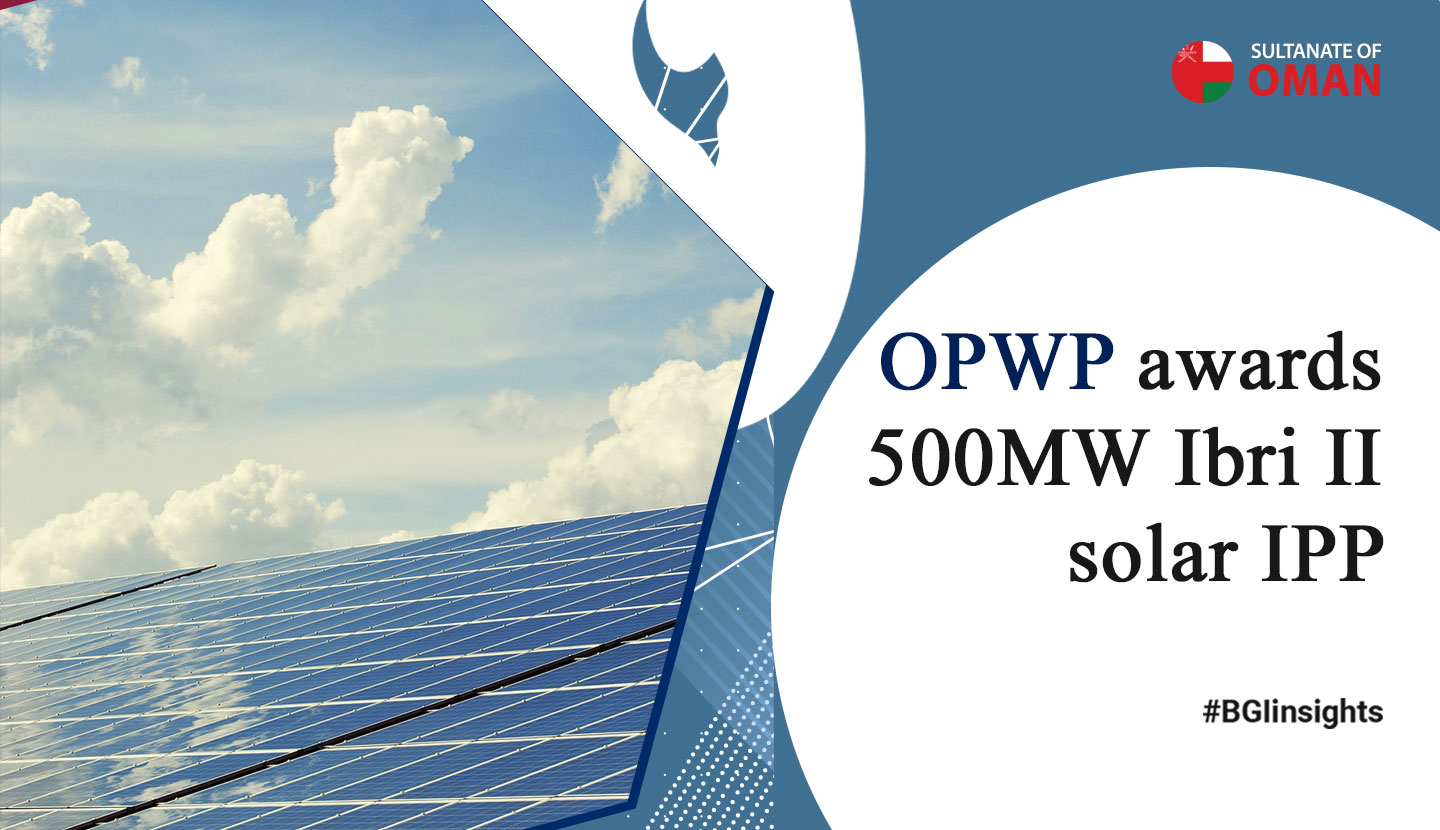 This comes in line with Oman’s vision of diversifying its energy resources.

Salim bin Nasser Al Aufi, Undersecretary of the Ministry of Oil and Gas, said that sustainability is at the forefront as Oman embarks on the deployment of renewable energy projects and the pipeline is full of initiatives in this field that will yield benefits for current and future generations.

Yaqoob bin Saif Al Kiyumi, CEO of OPWP, said that the globally competitive nature of bid proposals received by OPWP for this tender assures strong interest from global and regional developers in the renewable power sector in Oman going forward.

The project will be located at Ibri, which is around 300km west of Muscat. With a peak generation capacity of 500MW, the plant output will be enough to supply an estimated 33,000 homes with electricity and will offset 340,000 tonnes of carbon dioxide emissions a year.

Al Kiyumi added that this project presents strong opportunities to enhance local knowledge on solar project technologies and the specifics of implementing and managing such projects.

Following the Ibri II Solar Project, OPWP has already embarked on the next renewable project with a capacity between 500 MW and 1000 MW to achieve a commercial operation by June 2022. It is anticipated that the project will be located at Manah in the Governorate of A'Dakhiliyah. The Request for Qualification for the project is expected to be released around the middle of this year and request for proposals before the year end.

Additionally, and as the Public Authority for Electricity and Water (Diam) has completed a wind Atlas for the Sultanate, OPWP is in the process of conducting a detailed wind resource assessment (WRA) to collect bankable wind data for future wind power projects.

The WRA will be across several locations from A'Sharqiyah to Duqm and Dhofar where wind resource is considered high using satellite data.

After the successful development of the Dhofar Wind Project (50MW), the Wind 2023 project will be the first mega wind project in Oman. The anticipated capacity will be around 300MW with an estimated project cost of US$1 billion.

OPWP and in coordination with Authority of Electricity Regulation (AER) and Oman Environmental Holding Services (Be’ah) has also completed a feasibility study on procuring Oman’s first Waste to Energy Independent Power Plant. This IPP will include integration of waste treatment and electricity generation facilities with expected waste treatment capacity of 1.4 million tons per annum and anticipated electricity generation capacity of 125 – 160 MW to be located in the Governorate of South Al Batinah.