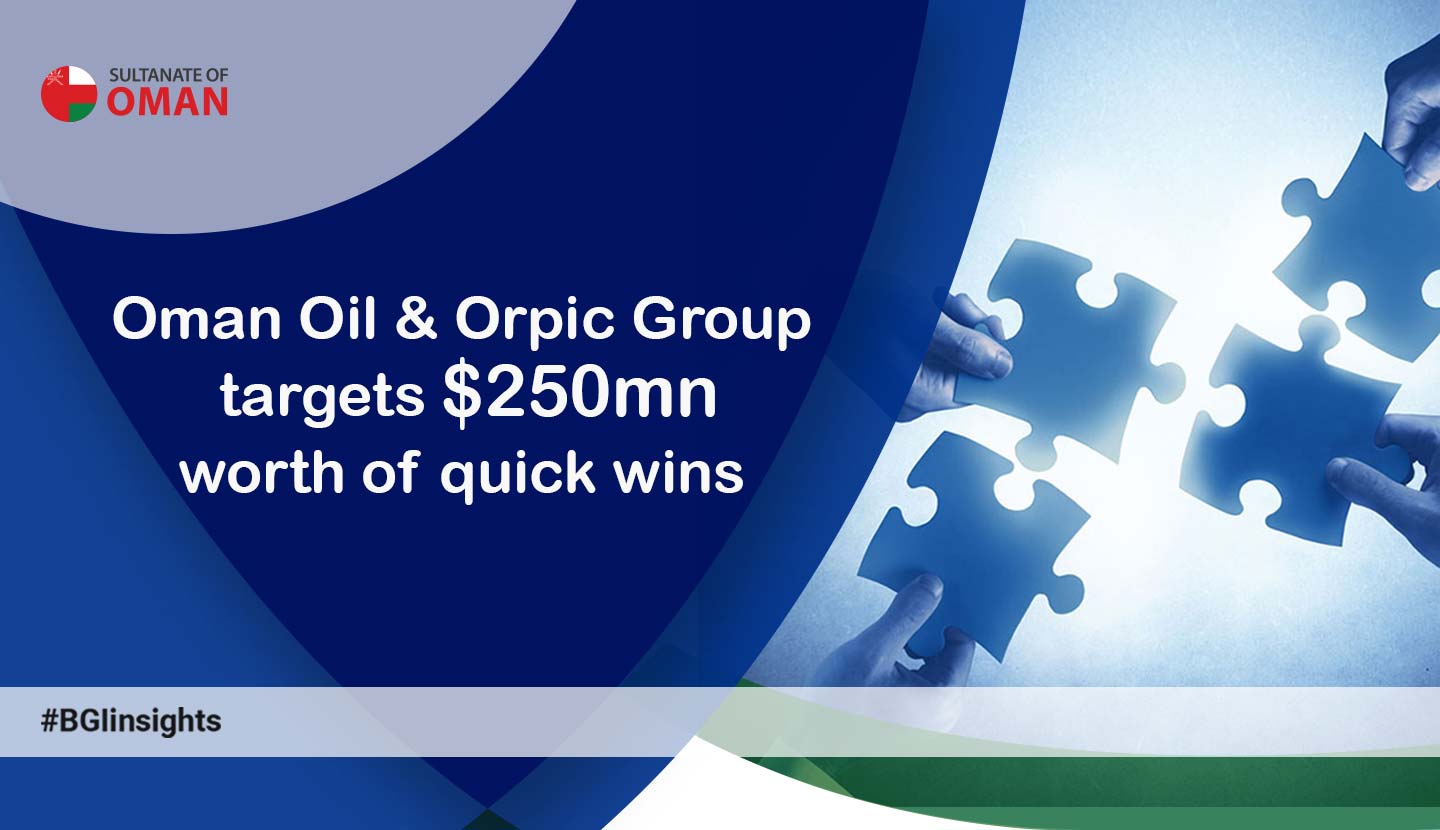 The newly integrated Oman Oil & Orpic Group has its sights on generating $250 million worth of additional value to the Group through the implementation of ‘quick-win’ initiatives during 2019.

Musab al Mahruqi, Group CEO, said the programme of ‘quick-wins’, which began at the outset of the integration exercise nearly four months ago, has since burgeoned into a value-creating enterprise involving employees from across the group.

“It’s been 110 days since we started the Quick Wins programme. Earlier, we began with around 2-3 quick wins per week, but as of March 20 (last week), it has resulted in a total value amounting to $95 million,” Al Mahruqi said. “As there is still a rich funnel of new ideas of quick wins being processed, we committed to the Board on December 20, 2018, our target of $100 million worth of quick wins for 2019. However, just a few weeks ago, we changed the target to $250 million in 2019.”

The Group CEO made the comments in a presentation during last week’s Annual Media Briefing hosted by the Ministry of Oil and Gas.

Al Mahruqi credited the staff of the integrated group — an energy powerhouse created out of the merger of Oman Oil Company and Orpic — for the enormous success of the quick-wins programme.

“It makes us proud that all of these quick wins and ideas have come from our people. As many as 550 people have so far been involved in the quick wins. The ideas came during many workshops and engagements. We allowed them to implement the ideas they saw fit, we tested them, challenged them, and enable them — and when the results came through, we celebrated together.”

Earlier, Al Mahruqi said the integration process, first announced late last year, is expected to take about two years. “This is a staggered approach of about 18-24 months, during which we are trying to restructure, integrate, and draw up a new organisational structure for each of (our core) functions, and staff the new organisational structure. We want to do it in a way that doesn’t impact business continuity. We will still deliver what we need to during the year, and therefore we remind everyone that there are three priorities in general: (1) To run the business safely and deliver the KPIs expected. (2) To find new ideas and quick wins in-between, and (3) to Build the Future based on our future plans, such as alternative energy, our new gas business, as well as our retail focus. So we have a mix of business as well as organisational priorities.”

Importantly, the integrated group and leadership structure will be key to steering the speedy delivery of the Duqm project — comprising the Duqm Refinery and downstream petrochemical complex at a cost of around $13 billion, said Al Mahruqi.

“The size of the Duqm investment necessitates a closer link and stronger connection to what has already been built and the capability developed over the years (within the Group). Therefore, we don’t want them to start from scratch; rather we want them to start from where we have ended in Suhar. Therefore we are trying to transfer as much knowledge and experience as possible from Suhar to Duqm. The link here is Dr Salim al Huthaili, CEO — Duqm Refinery and Petrochemical Industries Co (DRPIC), who is with us on the integrated leadership team.”