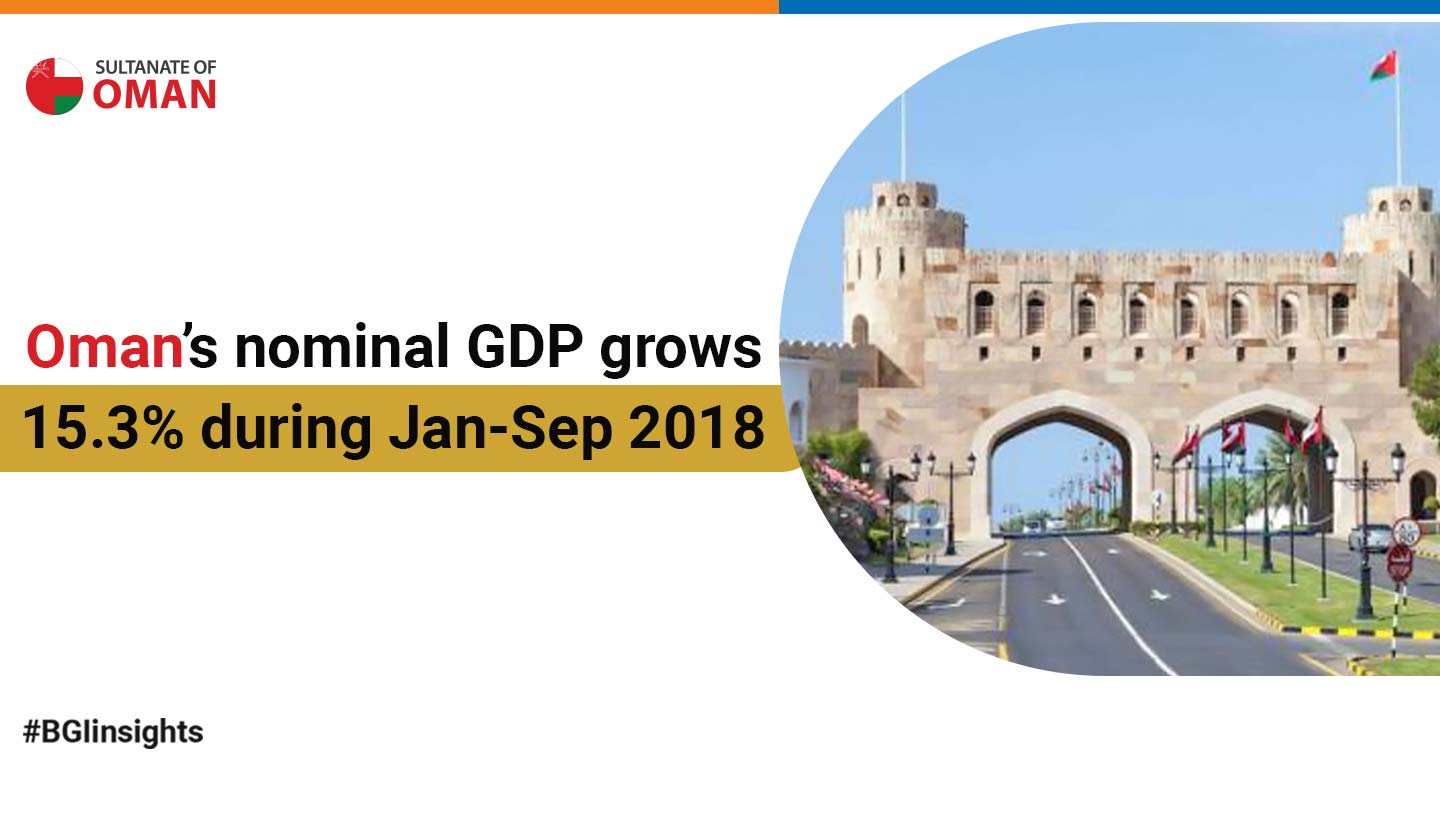 The Sultanate’s nominal GDP registered an accelerated nominal growth of 15.3 per cent during the first nine months of 2018 (January-September) versus 8.0 per cent during the corresponding period of 2017, underscoring the steady expansion of the economy, the Central Bank of Oman (CBO) announced in its latest monthly report.

The petroleum and non-oil sectors grew in nominal terms by 46.7 per cent and 3.4 per cent respectively during this period, the apex bank stated in its monthly review for January 2019.

“Non-oil economic activities continue to gain traction with sustained policy efforts and increased participation of private sector. Inflationary conditions remained benign and headline inflation stood at 0.2 per cent in January 2019, much lower as compared to 1.1 per cent a year ago,” the report noted.

The price of Omani crude averaged $66.3 per barrel in January 2019 in comparison with $60.8 per barrel during January 2018. “The surge in oil prices and reform measures implemented over the last two years provided necessary support and helped in containing fiscal deficit in 2018,” said the Central Bank. “The 2019 budget also adopted a balanced approach with supporting growth and welfare without undermining macro stability and accordingly, projected a fiscal deficit at RO 2.8 billion in 2019, somewhat lower as compared to RO 3.0 billion estimated for 2018 budget,” it stated.

The banking sector in Oman also continued to witness reasonable growth and supported the economic diversification initiatives by meeting the credit needs of all segments in the economy, according to the review.

The total outstanding credit extended by other depository corporations (conventional and Islamic banks together) stood at RO 25.1 billion as at the end of January 2019, witnessing a growth of 6.1 per cent over the level a year ago. Credit to the private sector increased by 4.8 per cent to RO 22.1 billion. Of the total credit to the private sector, the non-financial corporate sector received the highest share (45.9 per cent), closely followed by the household sector (mainly under personal loans) with a 45.5 per cent share, while financial corporations and other sectors secured 5.3 per cent and 3.3 per cent respectively.

Conventional banks registered a 4.2 per cent annual growth in total outstanding credit disbursement at the end of January 2019. Credit to the private sector increased 2.3 per cent to RO 18.7 billion.

Conventional banks’ overall investments in securities grew by 2.8 per cent to RO 3.2 billion. Investment in Government Treasury Bills stood at RO 269 million at the end of January 2019.