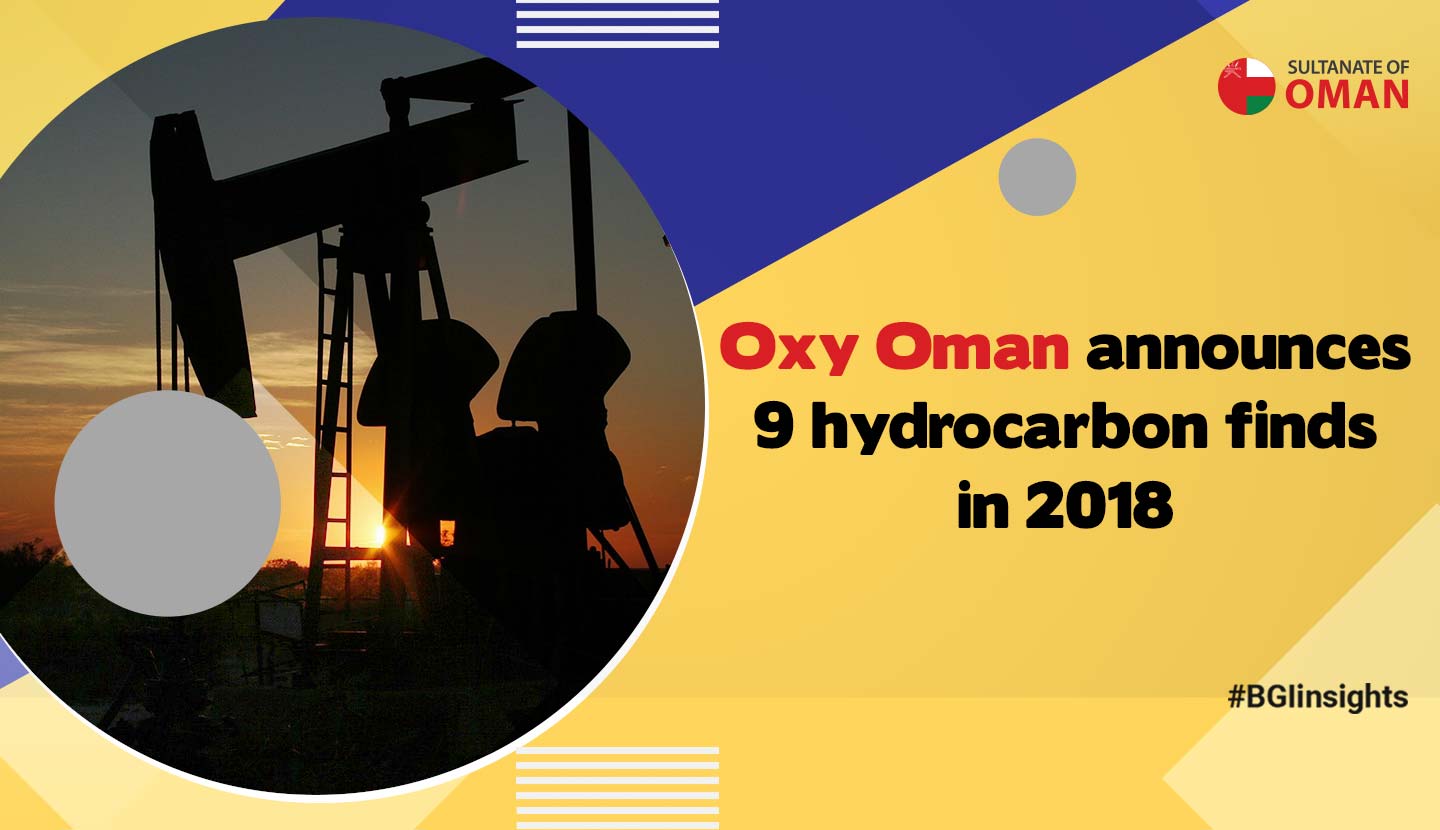 Occidental Oman, the second largest oil producer in the Sultanate after Petroleum Development Oman (PDO), has reported a string of new discoveries in its sizeable portfolio of concessions during 2018.

Steve Kelly, President and General Manager — Oxy Oman, said the new finds were among the highlights of an eventful year that also saw the company — a wholly owned subsidiary of US-based international energy firm Occidental Petroleum Corporation — ramping up its handling and processing capacities in key areas of its operations.

“It’s been a year of change and excitement for Oxy here in Oman,” said Kelly. “For the last 35 years, we have been honoured to be part of the Oil & Gas landscape in Oman. The last 15 years for Oxy have been really transformative for us — we have grown as a company starting with 200-300 people to nearly 3,000 employees now and over 14,000 contractor personnel in the field,” he stated in a presentation at the Annual Media Briefing hosted by the Ministry of Oil and Gas last week.

Oxy’s exploration programme resulted in nine discoveries during 2018, the company said. Output of oil and natural gas totalled 249,000 barrels of oil equivalent per day (boepd), which was marginally lower from its 2016 high of 254,000 boepd.

In addition, the company added 120,000 barrels per day (bpd) of liquids handling capacity, in addition to 40,000 bpd of water injection capacity and 30 million standard cubic feet per day (MMSCFD) of gas compression capacity in Block 9 and 27. Additional gas compression and liquid handling facilities, along with further capacity expansion of production stations will continue in 2019, according to Oxy.

In his presentation, Kelly also highlighted Oxy Oman’s dramatic growth over the past 18 months, which saw the company adding four blocks — 30, 51, 65 and 72 — to its portfolio, effecting doubling the number of assets to a total of eight in the Sultanate. “In all of these new exploration blocks, we have commenced our seismic and drilling activities and will drill new exploration wells by the end of the year,” he said.

Block 9 in the north, which is a key source of Oxy’s gas production, “remains a tremendously important part of our operations”, said the company’s President and GM. “We will continue to have great exploration success in Block 9, and we remain very focused on enhancing value from the block,” he added.

In Block 62, where Oxy brought its gas plant in the Maradi Huraymah field in 2016, the company continues to hook up production wells. In addition, a new depletion compression project was initiated in 2018, which is due to come on stream later this year, while a micro-turbine, burning flare gas for electricity generation, was commissioned as well.