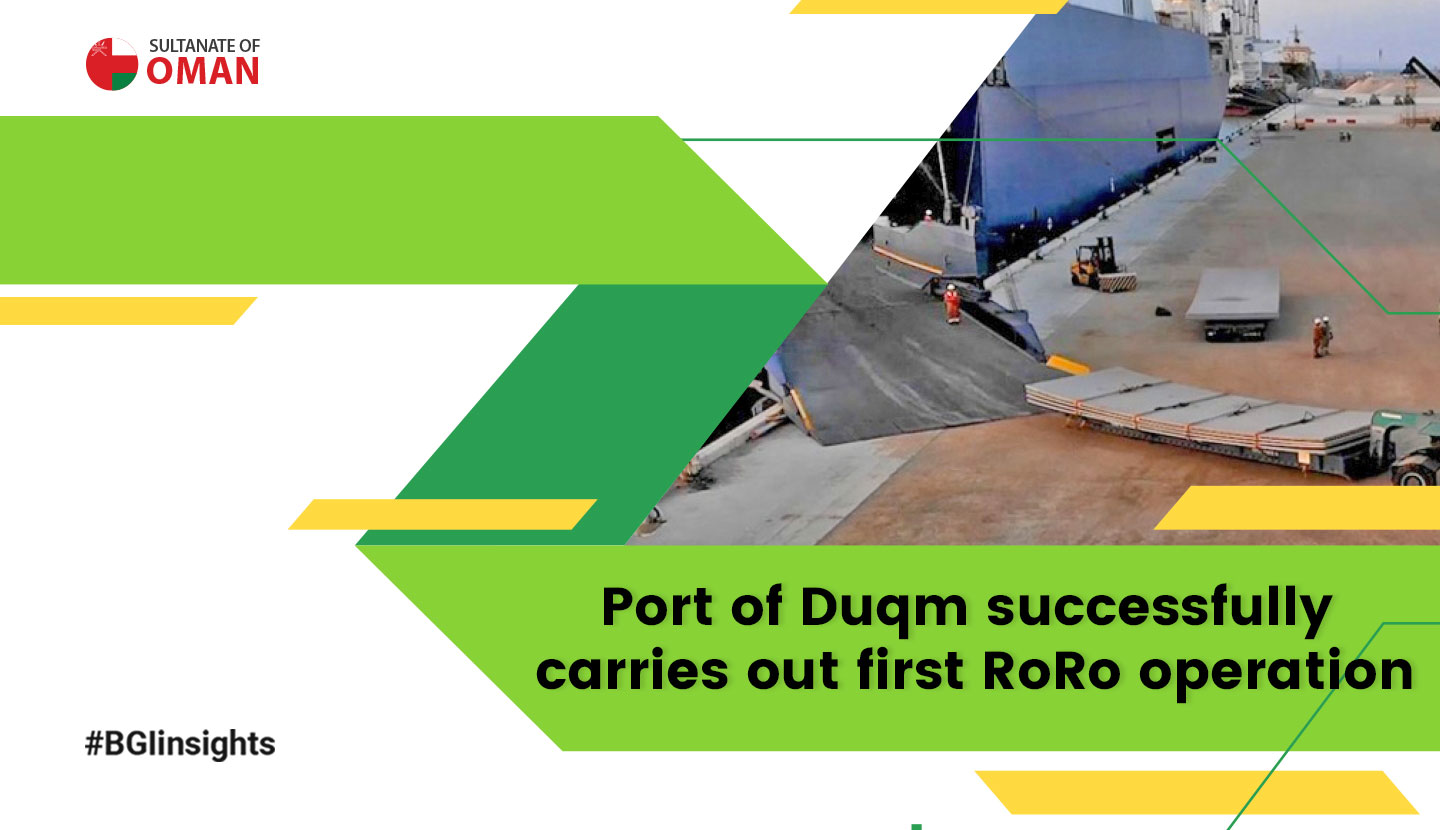 Port of Duqm (PDC) continues to prove its operational efficiency and capability and in a recent operation PDC successfully managed the first RoRo (Roll on Roll off) commercial cargo discharge operation for Duqm Refinery Project EPC3.

RoRo is a method to discharge cargo using wheeled or tracked cargo using a ramp from the vessel. This recent operation at PDC used both RoRo and LoLo (Lift on Lift off) module from the vessel ‘Bahri Tabuk’, operated by Bahri, a Saudi based liner vessel. LoLo is standard method for handling these cargoes, but for the first time PDC handled the operation in RoRo module as well.

In this operation PDC discharged 4336MT of steel cargoes, out of which 13 MAFIs (a wheeled platform used to carry the cargo in such operation) with a volume of 639MT were discharged as RoRo module and 3697MTas LoLo module.

This is a major milestone for PDC in its early operation phase. PDC is endeavoring to be the preferred port for such RoRo operations not only for the Duqm Refinery Project, but also for other upcoming projects in the region.