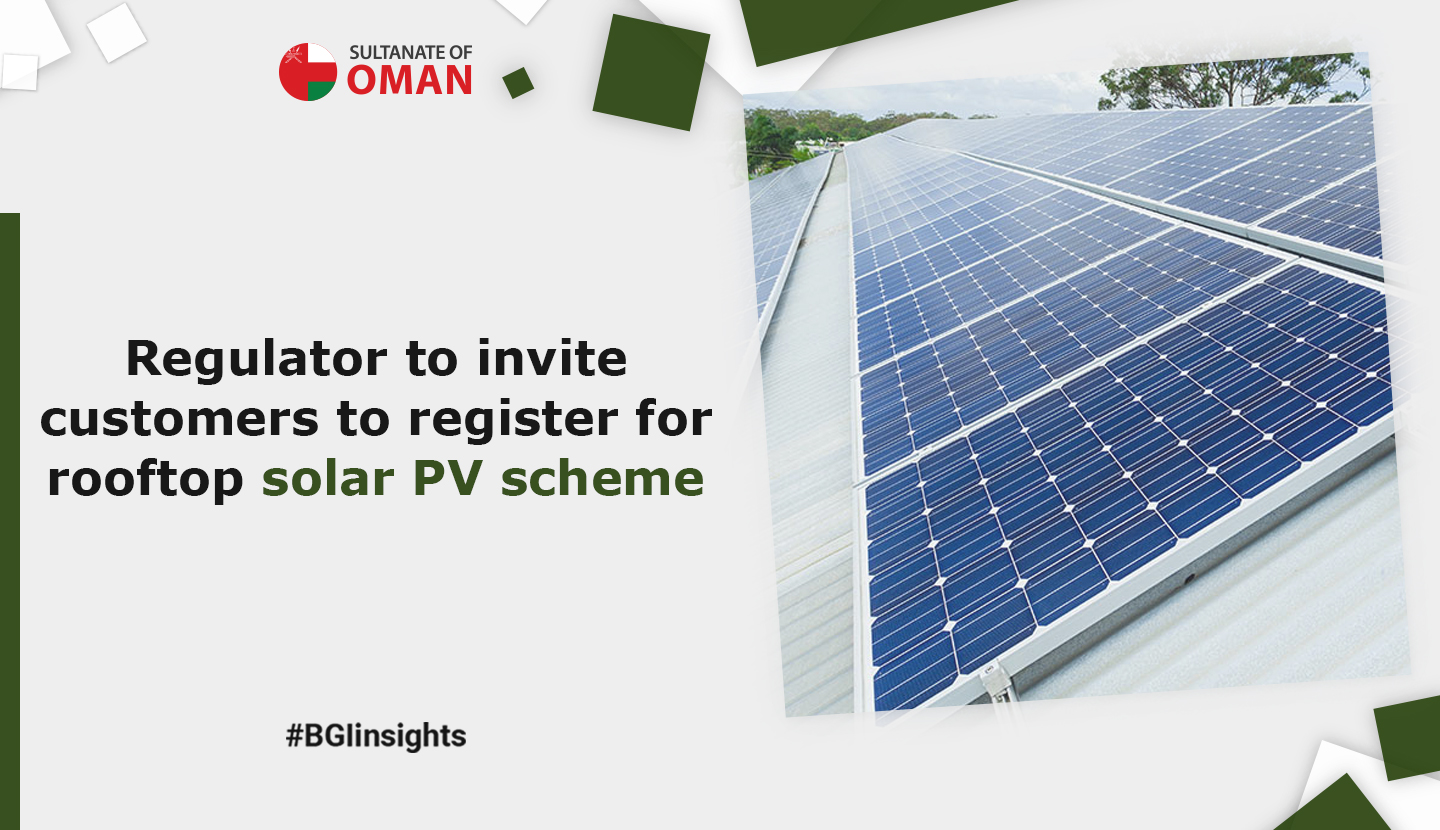 An app designed to enable electricity customers to participate in the Sahim programme — a landmark initiative by the Authority for Electricity Regulation Oman (AER) to support the roll-out of grid-connected rooftop solar photovoltaic (PV) capacity in the Sultanate — is due to be launched next month, according to a high-level official.

Qais Saud al Zakwani, Executive Director, said the app will enable owners of residential buildings to register their interest ahead of a competitive international tender leading to the award of a contract for the installation of rooftop PV systems atop an estimated 3,000 – 5,000 homes and residential buildings in the first tranche of the programme. “Our team from the Authority is presently finalising the development of an application that will give us the ability to seek interest from customers in the Sahim project. Using the app, they will be able to furnish details of the location of the house, age of the building, and other basic particulars.”

Speaking to the Observer, Al Zakwani said the app has built-in Augmented Reality features that will allow the applicant to take pictures of the rooftop setting. “With Augmented Reality, we will get a perspective of the roof, identify potential objects like AC chillers and dish antennas that can cast a shadow on the solar panels, and so on. This will give us an insight into how much of electricity can be generated on a particular rooftop, and more importantly, whether the rooftop is capable of supporting this PV installation. At the end of the process, we can then confirm to the customer that their house/building is eligible for an installation supporting a generation of 3 – 5 kilowatts (kW).”

Significantly, the scheme will be initially rolled out across Muscat Governorate before it is progressively expanded to cover other cities and towns around the Sultanate, according to the official. By then, key communications technology necessary to support the sound implementation and operation of rooftop solar PV capacity is expected to be substantially in place in areas earmarked for coverage, he noted.

A Request for Proposals (RfP), marking the start of the competitive tender for the implementation of the programme, will be issued by around the middle of this year, said Al Zakwani.

“Once we have identified between 3000 — 5000 houses as suitable for solar PV installation, we will go out to the market and invite developers to quote their best tariff for installing this capacity. We will evaluate their bids and award this first batch to the selected bidder.”

Under the scope of the Sahim initiative, the cost of installing, maintaining and operating the rooftop solar PV system will be borne substantially by the successful developer – broadly on the lines of the long-term Power Purchase Agreement (PPA) that underpins the hugely successful Independent Power Project (IPP) model.

However, the customer will be required to pay a modest fee that in reality amounts to a small percentage of the actual cost of the PV system. This payment corresponds to the savings in the electricity bills accruing to the customers every month for a period of four years from the date of installation of the PV system. Cost savings generated thereafter over the tenure of the contract with the developer will be retained by the customer, Al Zakwani explained.

“Registered customers will be asked to confirm their interest in being part of the Sahim programme by making a payment, which will be calculated on the expected savings that they will be making over a four-year term. Thus, for example, if you are making a saving of RO 10 per month, it amounts to RO 120 per year, totalling RO 480 for four years. This is the amount payable in order to have a PV installed atop your house. Any savings generated after four years goes entirely to you for the duration of the programme, which is typically 20–25 years for such projects.”

The developer, for their part, is assured a return on their investment through payments by Muscat Electricity Distribution Company (MEDC) corresponding to the reduction in the monthly electricity bill of each customer that is benefiting from rooftop solar PV-generated electricity.